Banks are closing rural branches and forcing us online, leaving us all prey to fraudsters

For millions of Britons, the past decade has been defined by the greed and amorality of our banks. When their reckless bets on the markets turned sour in 2008, it brought the financial world to a shuddering halt — and we’ve been paying the price ever since.

Years of painfully low savings rates have wrecked the dreams of pensioners who counted on their nest eggs to see them through retirement.

Hard-working families, desperate to get on the housing ladder, have been hit by pay freezes and a lending drought. Not a single banker has been held properly accountable — and now they probably never will be.

But just as it started to feel as if we’d finally muddled through the worst of the chaos caused by the banks, customers have been hit by a new betrayal that’s now turning into a major scandal.

Last year, 43,875 people lost an average of £2,784 each to sophisticated new scams that have been made possible only by the relentless pressure on customers to run their accounts online. This year, the figure is likely to be far higher

By obsessively closing branches in their hundreds, especially in rural areas where pensioners rely on them, and pushing us all online — to save money and boost profits — banks are leaving loyal savers vulnerable to fraudsters.

Growing numbers are losing their life savings, and the banks they trusted to look after their money are turning their backs on them.

The big four — Barclays, HSBC, Lloyds and RBS-NatWest — have shut more than four in ten of their branches in the past decade and ploughed millions into advertising their websites and banking apps.

But last year, 43,875 people lost an average of £2,784 each to sophisticated new scams that have been made possible only by the relentless pressure on customers to run their accounts online. This year, the figure is likely to be far higher.

In some cases, victims have lost more than £100,000. Even more alarmingly, the vast majority never get the stolen money back. According to the first detailed figures on bank fraud, published in March, just £1 in every £4 is being returned to customers. 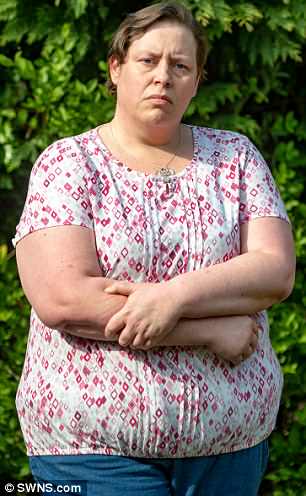 In other words, the unspoken agreement that underpins our relationship with banks — that we deposit our salary and savings and they keep the money safe — has been unceremoniously torn up.

The banks claim that customers are to blame because, in most cases, they have unwittingly helped the crooks by handing over some vital piece of information.

But the scams they fall for are so plausible and sophisticated that even the smartest, most alert customers are finding them impossible to detect.

As editor of Money Mail, I’ve heard countless stories from doctors, lawyers, accountants and other top professionals who’ve all lost a fortune. For many elderly and vulnerable customers, the scams are almost impossible to resist.

Typically, it begins with an unexpected call on your landline, or a message sent by text to your mobile from a fraudster. Chillingly, the crooks are so technically smart they can ‘spoof’ the number so it appears the text or call is from the usual number your bank uses.

Once they have you on the phone, they pretend to be working for the bank’s fraud department. In other variations, they will claim to be the police or even a reputable telecoms or energy company.

‘Fraud has been committed on your account,’ you’re told, ‘and we need to run some security checks.’

In the background, you hear the noise of a busy office. It’s almost identical to the sounds you get when calling the genuine bank helpline.

Their patter is so convincing that some of the crooks have almost certainly worked in bank call centres before. Many seem to have obtained the call scripts used by real customer service staff.

These criminals are intelligent, too. Typically, they use psychological tricks to lure you into their trap. Often that means targeting your worst fears — for example, claiming your savings are being plundered ‘right now!’ and you need to work with them to stop it happening.

Other times, they might reel you in by suggesting you’re helping with an official investigation and you will be thanked and rewarded for ‘co-operating with vital police work’. 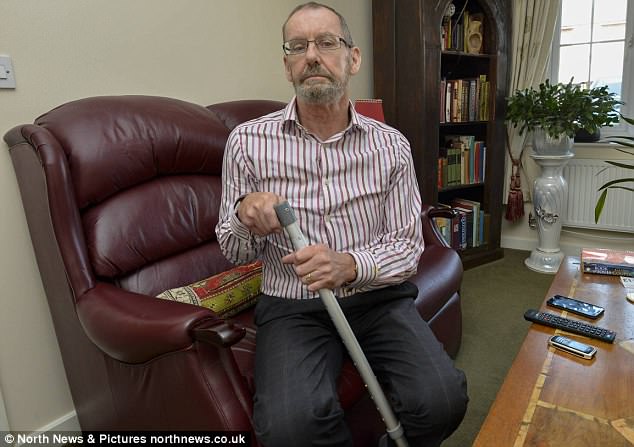 Keith Jones  from Brandon, County Durham, had his current account blocked by the bank after a crook stole £826 at the weekend

Professor Stephen Lea, an economic psychologist at the University of Exeter, says the fraudster will quickly work out what type of person you are — and adapt their pitch accordingly.

Take the case of Catherine Downey, who wrote in the Mail last week about losing £4,000 to one of these scams. Four years previously, the middle-aged mother-of-three discovered that fraudsters had opened accounts in her name.

So she was grateful when someone claiming to work for NatWest’s fraud investigation team called her about a new spate of suspicious activity.

Catherine could find no reason to suspect she was being duped, especially as the well-spoken lady apparently had access to her account, and correctly identified a string of recent payments.

She agreed, as so many victims before her have done, to send her money to a ‘safe holding account’. From which, of course, the cash promptly disappeared.

Scandalously, NatWest refused to cover Catherine’s losses because she had authorised the payment herself.

Scores of TSB customers know the agony Catherine feels now that she knows she may never see her £4,000 again.

As Money Mail revealed last Wednesday, a fraud epidemic has broken out at the bungling bank weeks after it suffered an IT meltdown that locked hundreds of thousands out of their online accounts.

Fraudsters, preying on concerns among customers that their data was vulnerable amid the IT chaos, are carrying out near-identical scams to the one that duped Catherine. TSB shamefully refused to cover the losses — of up to £60,000 per person — relenting only when Money Mail intervened.

What upset many victims at TSB, and elsewhere, is discovering that when they call their bank for reassurance or help, they are left hanging on the phone for up to five hours.

Some customers say that when they finally get through, they are told the fraud team has ‘gone home for the day’.

In one of the worst cases I’ve seen, Tracey Best, a 42-year-old mother-of-three from Woodbridge in Suffolk, lost £1,600 to fraudsters, and was left without access to cash for a week.

She said she had been feeding her children on tins from the cupboard, and feared the supplies would soon run out.

Stories like hers are becoming more common as banks find any way they can to wriggle out of paying fraud claims.

It’s time the giant companies remembered that the onus is on them to protect the money they hold on our behalf. It’s blatantly clear now that the online security they’ve set up to safeguard our money is too easily exploited by fraudsters.

Given that branch closures are forcing us to use online accounts which leave us vulnerable to fraud, it’s no exaggeration to say our banks are guilty of an outrageous dereliction of their moral responsibilities.

If they can’t keep our cash safe, it should be the case that genuine victims of fraud get every penny back automatically. And if banks can’t recover the missing cash by hunting down the crooks, they’ll just have to dip into their vast profits to cover our losses.

That should concentrate their greedy, complacent minds. 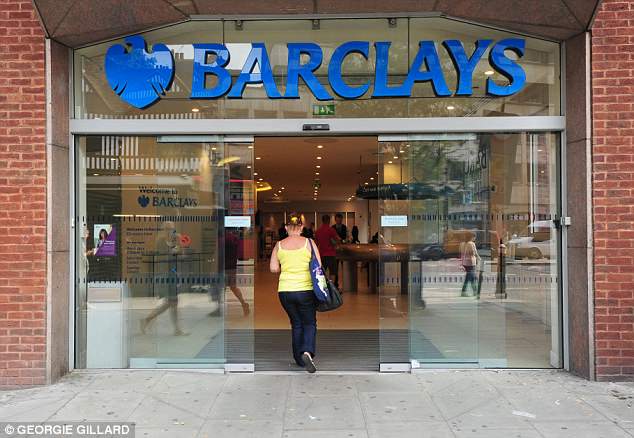 The big four — Barclays, HSBC, Lloyds and RBS-NatWest — have shut more than four in ten of their branches in the past decade and ploughed millions into advertising their websites and banking apps