Banks have agreed to carry out immigration checks on bank accounts to root out illegal immigrants.

Building societies will also look through 70 million current accounts from January to identity people who are living in Britain illegally.

The Home Office expects to identify 6,000 visa overstayers, failed asylum seekers and foreign national offenders facing deportation in the first year of the checks, which are to be carried out quarterly.

The accounts of those identified will be shut down or frozen.

Officials say freezing accounts that hold significant sums ‘will create a powerful incentive [for those involved] to agree to voluntary departure’ so they can secure their money once they have left the country.

The Home Office said it had announced the plans in 2016.

But immigration welfare campaigners warned that the Home Office’s record meant it could not be trusted to implement the system properly.

Banks have been told to adopt a default position of telling customers to take up the matter with the Home Office if a mistake has been made, even if the person has proof they are lawfully present in Britain, according to the Guardian.

The Immigration Act 2014 forces bank managers to check that customers are not illegal immigrants before allowing them to open accounts.

But the paper claims that no measure has previously required checks on the scale of every current account in Britain. 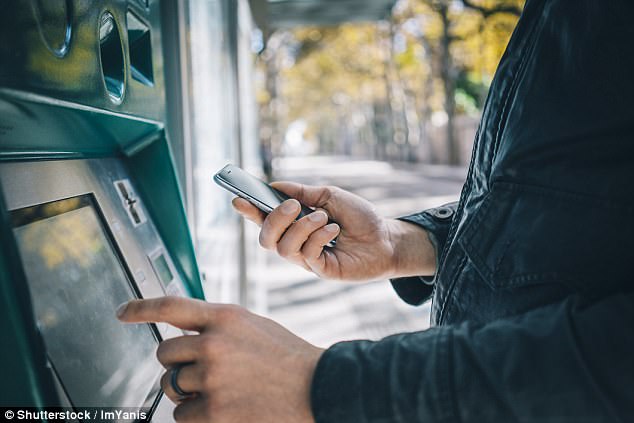 It says the new legislation requires the banks to check the identity of every current account holder against a Home Office supplied database held by an anti-fraud organisation, Cifas.

It includes details of those whom the Home Office regard as liable for removal or deportation because they are overstayers, failed asylum seekers or those who have absconded from immigration detention.

Safeguards are included to prevent the closure of a bank account which would leave the account holder without the subsistence means to live. Account closure can also be delayed to recover debts or deal with complex joint accounts, the paper reports.

An official Home Office impact assessment acknowledged ‘the proposed measures may have the potential to impact on the appetite of firms to offer banking services to legal migrants who do not have permanent leave to remain in the UK’ and promises to monitor the situation.

How the government wants banks to help fight illegal immigration

How will this work?

Banks and building societies will run the names of their customers through a Home Office database held by Cifas, an anti-fraud organisation.

Whose accounts will be checked?

Every current account in Britain will be checked – a total of 70 million.

Will they check my accounts?

Yes, every bank and building society account holder will be checked regardless of how long they have been with the institution.

How will they spot illegal immigrants?

The Cifas database will flag up if the account holder is on the government’s immigration blacklist.

If this is the case, their account will be frozen to encourage them to leave the country.

What if I don’t want them to?

Customers have no choice as the rules apply to everyone with a UK-based account.

Customers who believe a mistake has been made will have to appeal directly to the Home Office.

A Home Office spokesman said: ‘As approved by Parliament in December 2016, from January banks and building societies will be required to carry out regular checks on the immigration status of all current account holders against the details of known illegal migrants to establish whether their customers are known to be in the UK unlawfully.

‘This is part of our ongoing work to tackle illegal migration. People who are here legally will be unaffected.’