A western Sydney mayor has defended the thousands of beachgoers who flocked to the water over the weekend – but hit out at the ‘double standard’ of his own residents facing heavy fines for gathering in their local park.

Locked-down Sydneysiders living within 5km of their local beach were in no mood to stay home as temperatures soared to 30C.

Residents in Canterbury-Bankstown though are still living under a harsh 9pm-5am curfew with a two-hour limit on how long they can exercise each day.

The LGA’s mayor Khal Asfour – who claims NSW Premier Gladys Berejiklian has still refused to meet with him to discuss his concerns – said the rules should be the same for everyone.

Sunbathers gathered on Bondi Beach on Sunday to soak up the warm weather, sparking outrage among Covid-fearing residents

‘I don’t begrudge people going to the beach if they live within 5km,’ he told the Today show.

‘The chief health officer even said yesterday we are safe outdoors and the virus isn’t running lose on the beaches.’

But he said those living in one of 12 LGAs where the virus is spreading the most rapidly can’t even visit their local park without having the ‘cavalry brought in’.

‘We can’t go to our lovely parks, the recreational areas by the Cooks River or the Georges River.

‘I think that is what really angers people. We still have these harshest measures on us. We have the curfew that the deputy premier even agrees doesn’t work.’

He said he hadn’t heard from the state leader since a Zoom meeting he held with local community leaders.

‘I haven’t heard anything from her, not a word, not a phone call. And it is really disheartening when we are on the ground here going through this,’ he said. 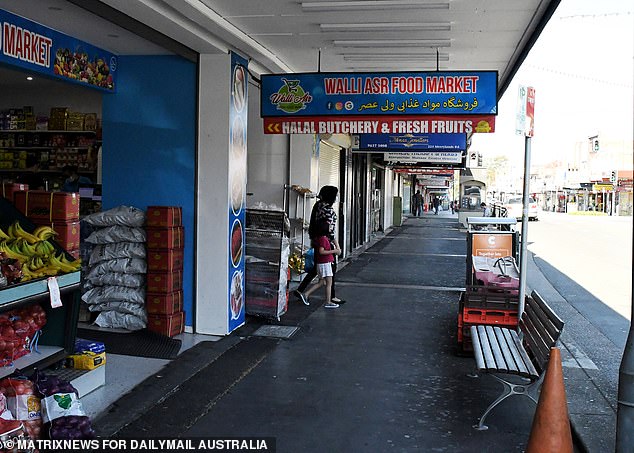 Pictured: An empty street in Merrylands in Sydney’s west.  Canterbury-Bankstown Mayor Khal Asfour hit out at the ‘double standard’ of his own residents facing heavy fines for gathering in their local park, while those in the eastern suburbs can take to the beaches in force 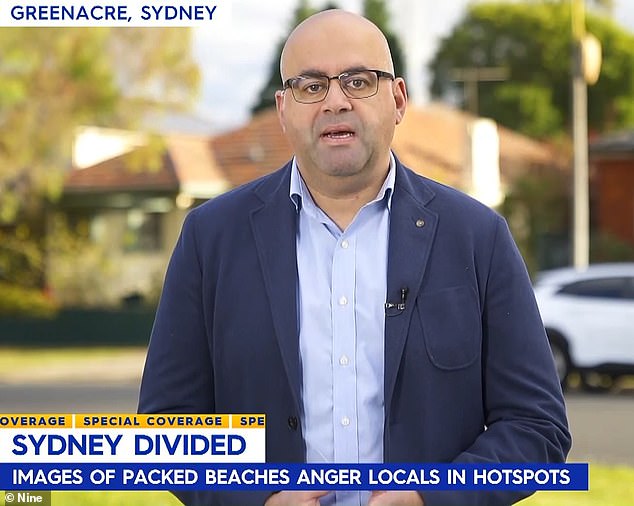 The unseasonably warm weather over the weekend meant beaches from Manly in the north to Cronulla in the south were jam-packed with crowds of sun-seekers.

Many followed Covid protocols by visiting with just one friend and wearing a mask, but cops reminded others to follow public health orders – as the number of new coronavirus cases hit 1,262.

But the images enraged those trapped in the 12 hotspot local council areas living under a tougher lockdown.

They are subject to a 9pm to 5am curfew and have no opportunity to lounge on the sand for hours at a time under ‘recreation’ allowances – let alone the fact any beach is much farther away than the permitted 5km. 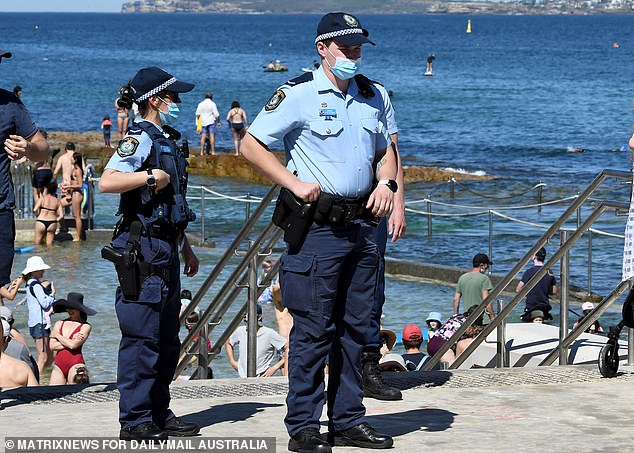 Police patrolled Sydney’s beaches on Sunday morning to ensure no one was gathering in groups of more than two. Pictured: Bondi Beach 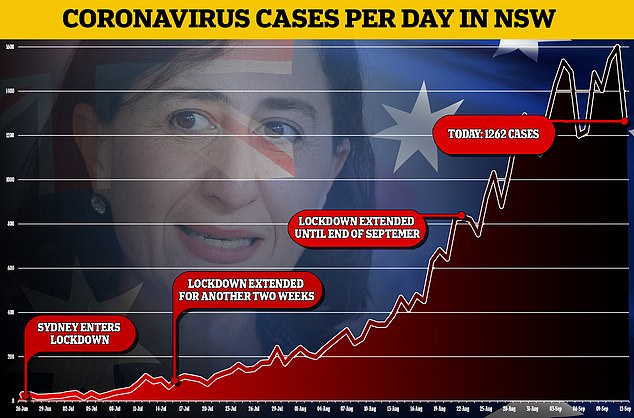 Austere images of the west showed streets that would have been vacant if it wasn’t for the heavy police presence deployed to ensure people don’t leave their homes for non-essential reasons.

The images of eastern suburbs residents enjoying the warm weather sparked rage among those in the city’s south-west, but chief health officer Kerry Chant urged people to stay calm.

‘I think we’ve got to temper…’ she began at Sunday’s Covid press conference when asked about how busy the beaches were, before changing tack.

‘I realise that many people who are living in south-western Sydney and Western Sydney don’t have access to that because of the restrictions. 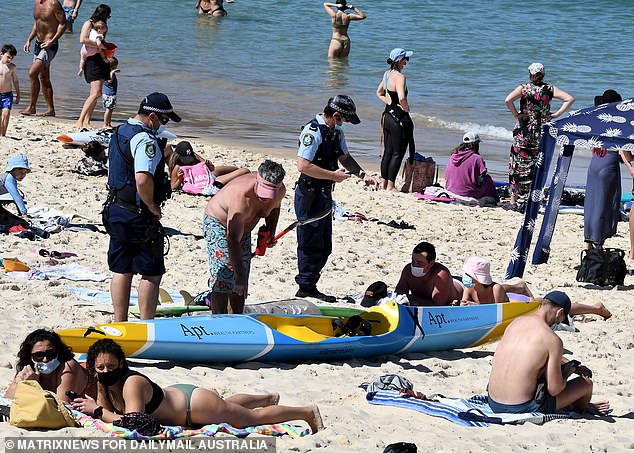 Police roamed the shore and reminded people to wear face masks, and made sure no one was outside their 5km limit

‘However, we do have to understand… in outdoor environments, if people are keeping away from each other, are probably the safest environments.’

She encouraged beachgoers not to congregate in large groups to avoid sparking ‘spot fire’ outbreaks of coronavirus.

‘What we want to do is extinguish as many spot fires as we have and I don’t want to be having to put an additional burden on our public health resources in responding to outbreaks in those areas,’ Dr Chant said.