A diet plan based on eating high-fat food was condemned by watchdogs yesterday.

Adverts for the Simple as Fat diet claimed fry-ups and pork scratchings can help weight loss and reverse both type-2 diabetes and erectile dysfunction.

The diet, which also limits carbohydrates, is promoted by the radio host Jon Gaunt. The 57-year-old claims he lost five stone with the plan.

However, the Advertising Standards Authority has ruled Gaunt offered no independent evidence to show the diet works. It said its recommendations contradicted NHS advice.

Gaunt has promoted the plan, which costs £99 a year, on his website and social media.

One promotional tweet read: ‘Do not eat cereals. Eat the breakfast of champions. 2 fried eggs, 2 rashers of local butcher-bought bacon, whole fried tomato, black coffee with double cream. Feel satisfied but not stuffed and you won’t need to eat till tea time!’

Another suggested that pork scratchings were a healthier snack than crisps.

One short video carried the text: ‘Welcome to Simple as Fat. Discover how Jon Gaunt lost 70lbs, reversed his type-2 diabetes and turned his life around, while eating real food and never feeling hungry.’ 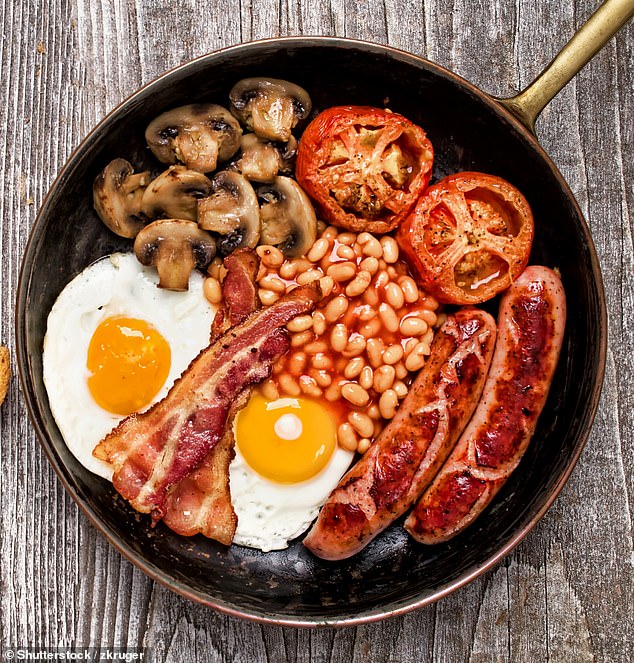 In its ruling, the ASA said industry codes state any claim for a weight-reduction method must be backed, where applicable, by rigorous trials. Personal testimonials do not count.

It added: ‘Because we had not seen evidence that Simple as Fat’s diet plan could result in weight loss we concluded the ads breached the code in that regard. We concluded the ads also discouraged essential treatment for conditions for which medical supervision should be sought.’ It pointed to NHS advice saying foods high in saturated fat, such as butter and meat, could raise cholesterol and increase the risk of heart disease and stroke.

The watchdog told Gaunt’s companies not to claim their diet plan was a treatment for obesity or other conditions for which medical supervision should be sought, such as type-2 diabetes and erectile dysfunction.

Gaunt said the diet was in line with new thinking that sugar and carbs are worse than fat.

He received some backing for his claims from Aseem Malhotra, an NHS cardiologist, who said: ‘A low-carbohydrate dietary pattern such as one promoted by Jon Gaunt is not only safe and effective at reducing weight and managing diabetes, but is far superior to traditional low-fat approaches.’

Gaunt was sacked by TalkSport radio in 2008 after he described a Tory councillor as a ‘health Nazi’ and an ‘ignorant pig’. He now produces podcasts from home as well as selling the Simple as Fat plan.