A banned motorist who was twice the drink-drive limit has been jailed for more than seven years for killing ex footballer Billy Seymour after ploughing a van through a wall.

Alexander Clarke, 38, downed 10 pints of cider before he got in the Ford Transit with Mr Seymour, then crashed into a car parked in a road in Sonning Common Oxfordshire.

The vehicle smashed through a brick wall and into a garden, where it collided with another car on the on a driveway.

Mr Seymour, who played for Millwall and Coventry City, and was an ambassador for The Offside Trust, a charity set up by former footballers who had been victims of sexual abuse as children, suffered a serious head injury and died two days later. 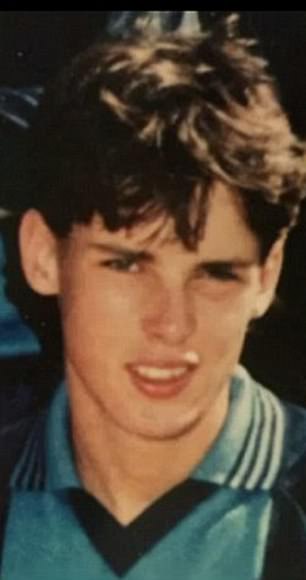 Billy Seymour (left) who played for Millwall and Coventry City, and was an ambassador for The Offside Trust, a charity set up by former footballers who had been victims of sexual abuse as children, suffered a serious head injury and died two days later. Pictured right: Mr Seymour in his youth playing days

Witness statements read to Reading Crown Court said that after the crash Clarke tried to leave the scene and had to be held there by members of the public.

He was then abusive to police and refused to give a breath test.

One witness also claimed he was seen trying to push Mr Seymour into the driver’s seat.

Clarke eventually agreed to giving a blood sample in hospital more than four hours after the crash, which showed he was over twice the drink drive limit.

The court heard how Clarke had a history of convictions, which defence lawyer Shaun Esprit said were ‘nearly all down to excessive alcohol.’ 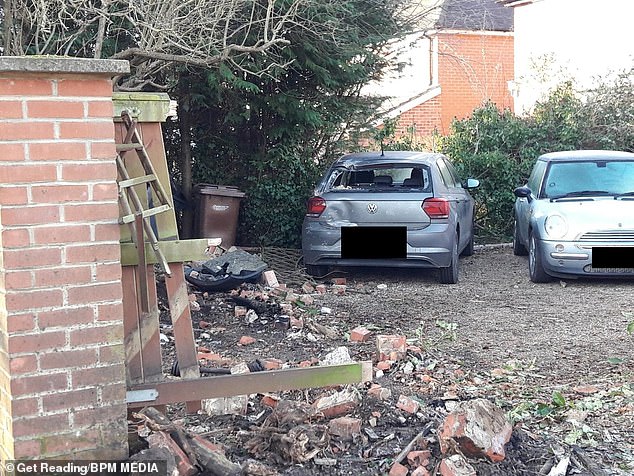 The aftermath of a fatal car crash in Sonning Common, Oxfordshire, on January 3, 2019, showing the demolished wall after it was hit by the Ford Transit

When the incident happened, he had been given a ban for drink-driving just four months earlier.

The court heard Clarke and Mr Seymour, who owned the van and was once a youth player at Southampton, had met in the Black Horse pub in Emmer Green, Berkshire, but left after the landlady refused to serve them alcohol.

After stopping at an off-licence in Reading, where CCTV cameras filmed them buying more alcohol, the two drove back to Sonning Common and they crashed at around 10.30pm. 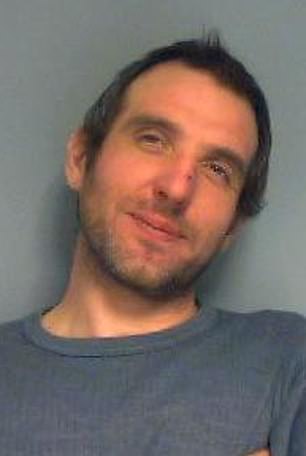 Alexander Clarke (pictured), downed 10 pints of cider before he got in the Ford Transit. He was jailed for seven and a half years after admitting causing death by dangerous driving

After his playing career, Mr Seymour came to prominence when he appeared on BBC Two’s Victoria Derbyshire programme with allegations of abuse against former Southampton youth coach Bob Higgins.

He gave evidence in the 2018 trial of former youth football coach Bob Higgins, who faced charges of indecent assault against teenage boys.

Mr Higgins is currently appearing at a retrial, in which he is accused of sexually touching 24 boys, mostly Southampton and Peterborough United youth players, between 1971 and 1996.

He denies 51 indecent assault charges at the retrial at Bournemouth Crown Court.

In a statement from Mr Seymour’s mother Jane, she said he was a ‘much loved brother, father and husband.’

She said: ‘The whole family are struggling to process the fact we will never see, hear or touch him again.’

In another statement, his sister Katie Crossland said the incident had been ‘unbelievably painful’ for the family.

The Offside Trust which, was set up to support victims of abuse in sport, said after the crash that his death was an ‘unbelievable loss’.

‘We have lost a brave and lovely friend today. He was a former Millwall and Coventry player and great ambassador for this Trust. We’ll miss you Billy,’ the trust tweeted.

Mr Esprit told the court that Clarke, of no fixed address, had now ‘accepted full responsibility’ for the incident.

Judge Andrew Nicol said: ‘You were already banned for drink driving. All of your offending is linked to excess alcohol.

‘The family has been deeply affected by his death.

‘He was a charity ambassador, which was something he was very proud of.

‘I have decided this is a level one offence, due to the significant amount of alcohol consumed.

‘You also have five convictions for 18 offences, the origin of many was excessive alcohol. You were also driving while disqualified.

‘You also had no insurance and refused to give a roadside breath test.’

Clarke admitted causing death by dangerous driving and driving while disqualified at the hearing and was sentenced the same day.

Jailing Clarke for seven-and-a-half years, Judge Nichol also gave him a four month sentence for driving while disqualified, to be served concurrently.

Clarke was handed a five year driving ban, with a three year extension and will have to take an extended test once he is released.