Several sources close to Bannon told Politico that the Breitbart News chairman is urging Trump to defund the investigation that’s inching closer and closer toward his inner circle.

Attacking Mueller that way would de-fang him without the White House formally instructing the Department of Justice to fire him. 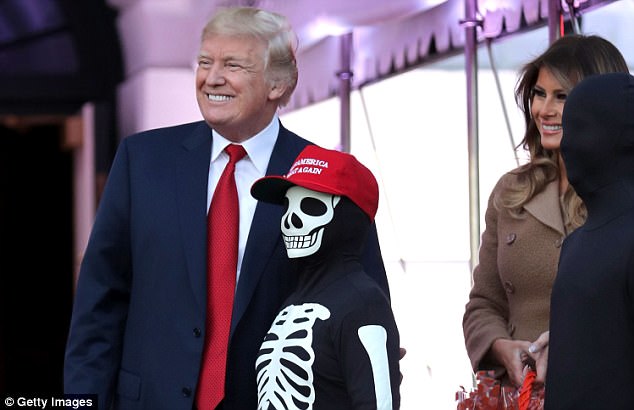 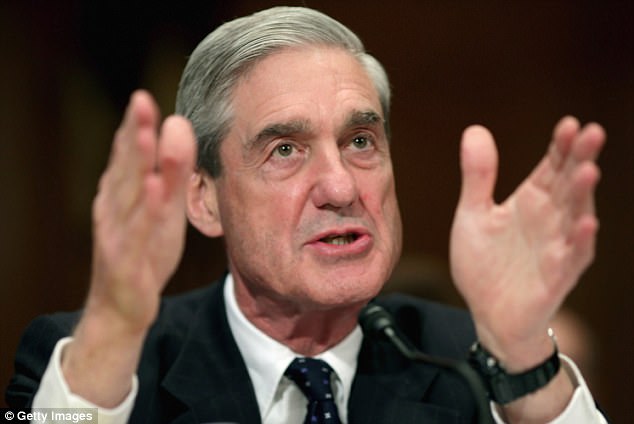 Mueller, pictured, is running a broad investigation into Russian interference in the 2016 U.S> presidential election

One possible approach would be to insist that the 2018 federal budget include an amendment proposed by Florida Republican Rep. Ron DeSantis, which would cut off funding for Mueller’s investigation after another six months.

The DeSantis proposal would also bar him from probing any events before Trump signaled his intention to run for the White House in March 2015.

DeSantis is a member of the ultra-conservative House Freedom Caucus.

Democrats are circling their wagons on Capitol Hill, insisting that Congress pass a law specifically to protect Mueller from outside interference of any kind.

Trump’s lawyers, John Dowd and Ty Cobb, have counseled him to project an attitude of administration-wide cooperation with Mueller’s probe instead of going on the offensive against him.

Dowd and Cobb ‘are asleep at the wheel,’ one source told The Daily Beast, reflecting Bannon’s thinking. 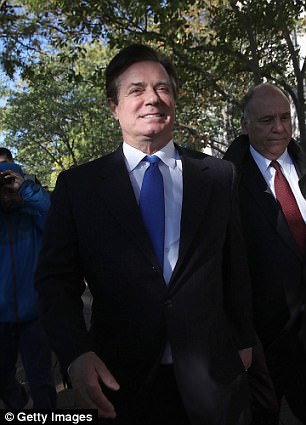 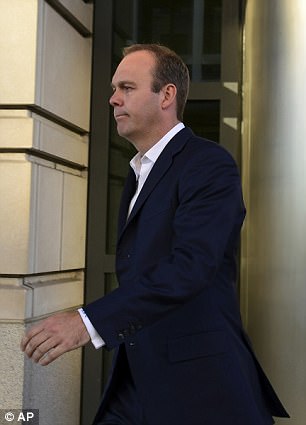 Mueller’s probe unsealed indictments Monday against former Trump campaign chairman Paul Manafort (left) and his protege Rick Gates (right), but the charges relate to decade-old financial activity and have nothing to do with Trump’s White House or his campaign

And the president’s former consigliere told him to get better lawyers.

Bannon’s advice, a White House official told DailyMail.com on Tuesday, was to demote Dowd and Cobb and appoint a ‘super-lawyer’ to take over the big-picture decision making. 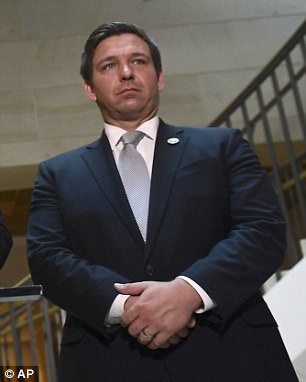 Florida GOP Rep. RonDeSantis wants Congress to give Mueller just six months to wrap up his probe before the funding dries up, and aims to bar him from investigating anything that predates Trump’s campaign aspirations

‘The only way the president gets ahead of this is by convincing the public that Mueller has it in for him and isn’t playing fair,’ the aide said. His lawyers aren’t doing that at all.’

Another source close to Bannon told CNN on Monday that ‘the Dowd/Cobb “play nice” strategy is an epic failure.’

That source said Bannon was mulling whether to recommend to the president that he preemptively assert executive privilege over a host of documents and records of conversations that Mueller might subpoena.

In addition to crafting a new legal strategy, Trump has the constitutional power to fire Mueller – although the political consequences could be harsh.

Mueller, despite being independent of Justice Department oversight, is technically a DOJ employee. That means he serves at the pleasure of the president.

While Trump can’t interfere with his investigation, he could end it with the stroke of a pen, handing the reins back to Deputy Attorney General Rod Rosenstein.