Now that Steve Bannon has been unshackled from government service, he’s already devising plans to shake up the Republican Party.

Politico is reporting that Bannon is courting a number of GOP primary opponents to go up against sitting Republican senators next year. 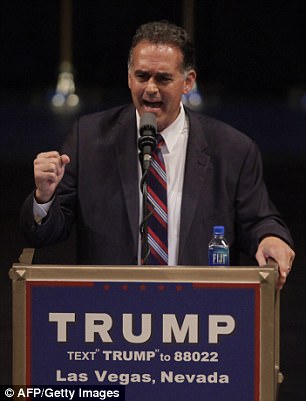 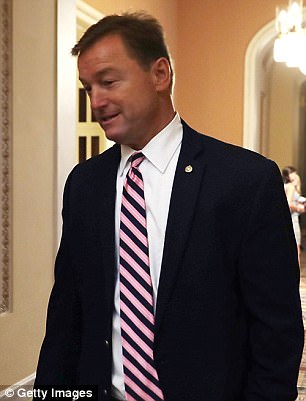 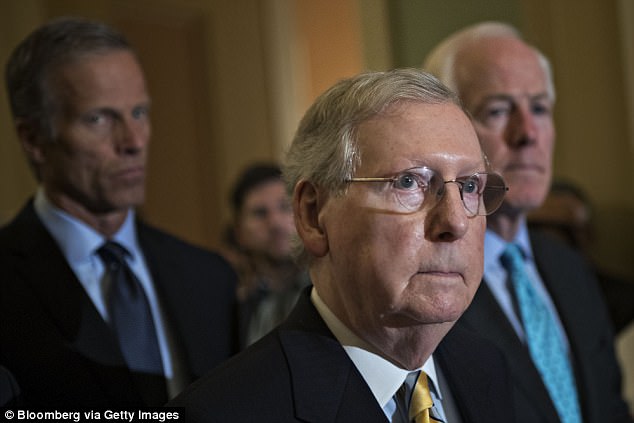 Steve Bannon’s behind-the-scenes moves will put him squarely against Senate Majority Leader Mitch McConnell, R-Ky., who he’s hammered as being part of the ‘Republican establishment’ 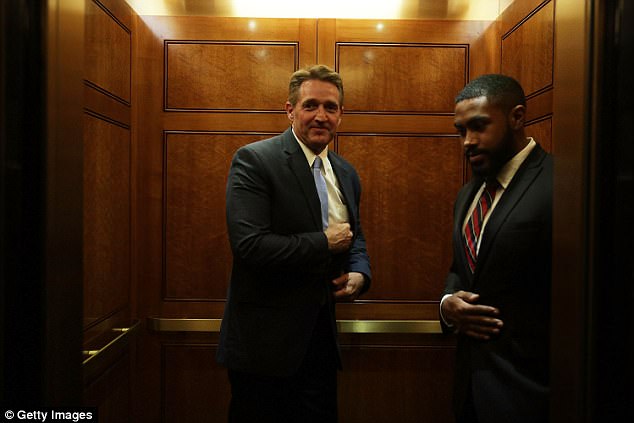 According to Politico’s Alex Isenstadt, Bannon made clear during the 30-minute meeting that the Nevada lawyer and businessman had his support.

Supporting challengers instead of sitting senators, especially in purple states like Nevada, in which a Democrat could pick a Republican off, puts Bannon on a collision course with Senate Majority Leader Mitch McConnell and the Republican establishment.

Bannon had already fired an opening shot by suggesting, during his lengthy interview with 60 Minutes, that it was McConnell’s and also House Speaker Paul Ryan’s fault that President Trump was having trouble ‘draining the swamp,’ one of team Trump’s favorite mottos.

‘The Republican establishment is trying to nullify the 2016 election,’ Bannon charged. ‘They do not want Donald Trump’s populist, economic nationalist agenda to be implemented,’ the former White House aide said, pointing a finger squarely at McConnell and Ryan.

Alabama’s special election run-off will act as a curtain-raiser for the Bannon-McConnell fight, as McConnell has backed incumbent Sen. Luther Strange, R-Ala., who slipped into the seat when Sen. Jeff Sessions left the body to run the Justice Department.

McConnell and his allies has spent millions trying to keep Strange in the seat.

On Thursday Bannon also met with Moore in Washington.

In August, McConnell said Flake had his ‘full support’ in next year’s primary.

Corker was an early supporter of Trump from the Senate and was even considered for Secretary of State, but more recently he’s criticized the president, saying he hadn’t demonstrated ‘stability’ or ‘competence’ in the office thus far.

It might be a moot point, however, as CNN reported Monday that Corker is mulling retirement.

Looking at the Breitbart tea leaves, the site also touted Mississippi state Sen. Chris McDaniel as a potential candidate to go up against Wicker.

Bannon’s meddling in the US Senate comes at the same time that he’s predicting Republicans may have trouble holding onto the House, though the GOP has a much firmer grasp on the lower chamber.

During the 60 Minutes interview, Bannon suggested DACA could divide the president’s party, as the president kicked the decision to Congress and later said he’d consider looking at it again himself.

Bannon is personally against DACA and suggested the so-called Dreamers could ‘self deport.’

‘I’m worried about losing the House now because of DACA,’ he told Charlie Rose. ‘If this goes all the way down to its logical conclusion, in February and March it will be a civil war inside the Republican Party that will be every bit as vitriolic as 2013.’

That year marked major squabbles between the establishment in the House, under Speaker John Boehner, and those who were elected on Tea Party credentials.

‘And to me, doing that in the springboard of primary season for 2018 is extremely unwise,’ Bannon said.