Fire inspectors have shut down the Florida restaurant and bar that was the scene of a fatal mass shooting during a video gaming tournament.

A bright orange ‘cease and desist’ notice was posted on the door of Chicago Pizza at the Jacksonville Landing on Wednesday.

A city code violation report says the restaurant didn’t have a permit to hold the Madden NFL 19 tournament last weekend.

Fire inspectors say the layout of the restaurant, last approved in 2009, was altered without approval to create the Good Luck Have Fun Game Bar, where the tournament took place.

Chicago Pizza was cited for three violations of the fire code: blocking exits with video game machines and other objects, using strip plugs as permanent wiring and using extension cords as a substitute for permanent wiring. 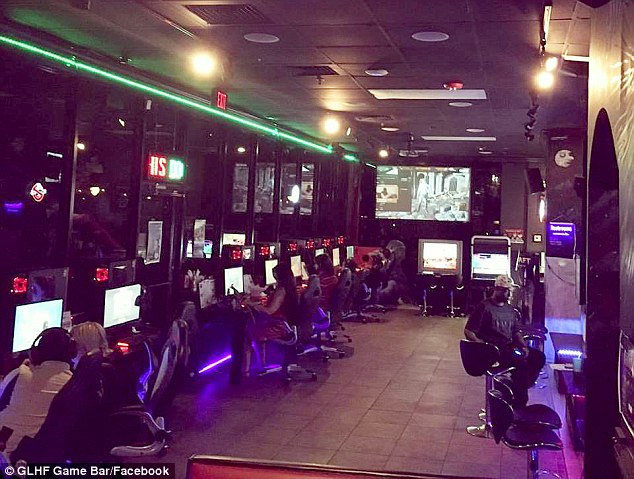 The GLHF Game Bar (above in file photo) was not permitted to be in the building, and fire marshal Kevin Jones said had it not been there, there would not have been a shooting

News4Jax also reported the restaurant was warned over its non-compliance with the 2009 building layout, and a cease and desist notice regarding GLHF was also issued.

In the summary of his code violation report, fire marshal Kevin Jones suggested there would have been no mass shooting had the restaurant not changed its building layout.

‘This area was neither authorized nor a part of their submitted and approved building layout plan.’ 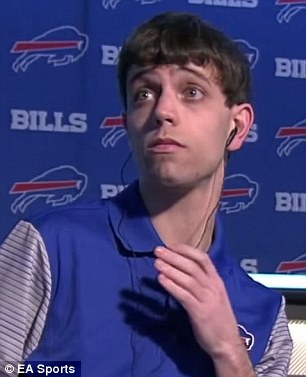 David Bennett Katz (pictured), 24, left a gaming tournament after he lost a game before returning and shooting at other attendees. Two were killed and nine were injured

David Katz shot dead Eli Clayton, 22, and Taylor Robertson, 27, and wounded nine others before killing himself on Sunday.

Two more people were injured while fleeing the chaos.

Katz, who drove to Jacksonville from his Baltimore home, had legally purchased a .45 caliber handgun and a 9mm pistol in Maryland, Jacksonville Sheriff’s Department confirmed. 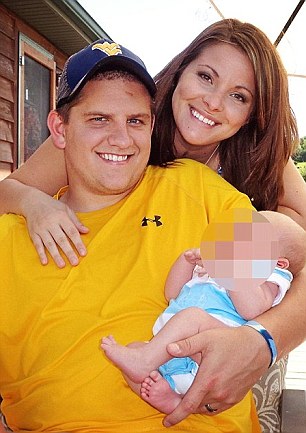 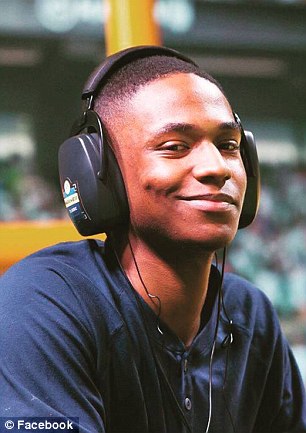 Killed in the shooting were Taylor ‘SpotMePlzzz’ Robertson, 28, (left) of West Virginia and Elijah ‘Trueboy’ Clayton, 22, (right) of California 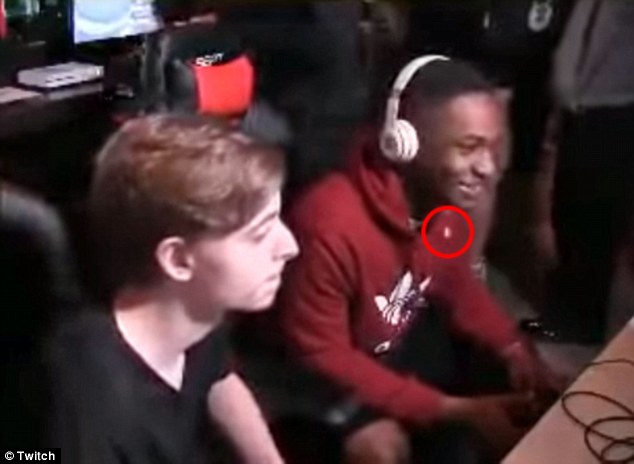 A red dot (circled) that appeared to be from a laser pointer attached to Katz’s gun was seen on Clayton’s chest in a livestream of the tournament, shortly before the camera cut away, and gunshots and screams were heard

Marquis Williams, 20, says he and his girlfriend, Taylor Poindexter, both from Chicago, were ordering pizza close by when shots erupted. He said on Sunday he didn’t think it was gunfire at first.

‘Initially we thought it was a balloon popping, but there weren’t any balloons in the room. Then we heard repeat shots and we took off running,’ he said. 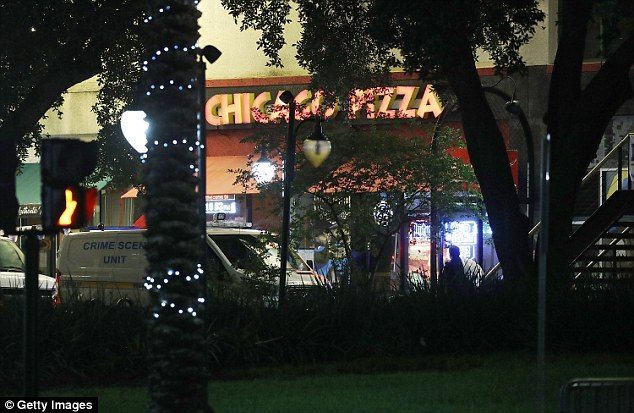 Cliff Comastro, the owner of Chicago Pizza and the GLHF Game Bar, said earlier in a statement he and his staff were ‘extremely shocked and saddened’ at the ‘needless loss of life resulting from the senseless shooting’.

‘This was an isolated incident that occurred during a video gaming tournament being held at GLHF Game Bar for the EA Sports Madden NFL 19 franchise,’ the statement continued.

‘As we grieve with those who were impacted by this tragic incident, we would like to thank the Jacksonville Sheriff’s Office, the Jacksonville Fire and Rescue Department and all local law enforcement and first responders who acted promptly to contain the situation. Their heroic acts of bravery prevented this incident from further escalation.

‘When we created GLHF (Good Luck, Have Fun) Game Bar, we envisioned a place where the gaming community could gather to share in one of the pursuits that elicits pure joy.

‘Our hearts are broken, but together, we hope to begin the healing process as a community here in Jacksonville.’