Barack Obama continues to enjoy his leisurely time out of office as he was photographed on Sunday hanging with George Clooney on a boat near his mansion in scenic northern Italy.

The former leader of the free world and Clooney looked to be headed to some formal event as they were wearing suits without ties.

They were likely on their way to a charity dinner for The Clooney Foundation for Justice, Hollywood Life reported.

The foundation, founded by the Clooneys, is devoted to marginalized communities who have fallen victim to human rights abuses. 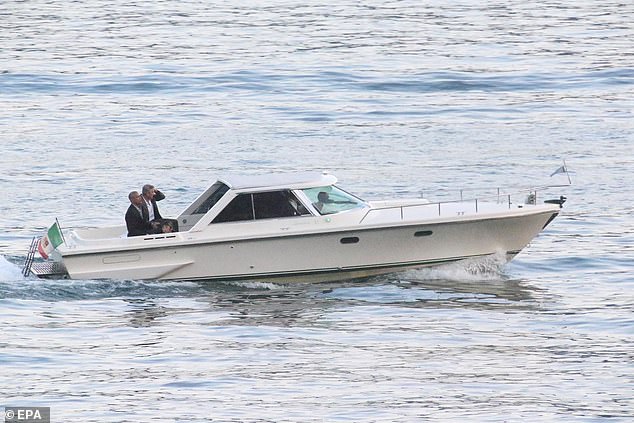 The Obamas are spending the weekend at Clooney’s Villa Oleandra in Laglio, Italy 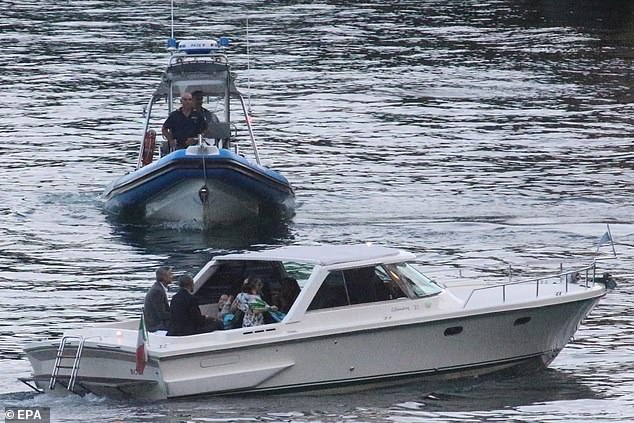 The Obamas and Clooney have been friends since Barack Obama’s time in the White House, during which the former ER actor was one of his biggest supporters

George Clooney was seen walking along a red and blue bridge from the dock to the land. He wore a light gray suit.

Obama was a few feet ahead of him. He wore a dark gray suit and a light blue shirt.

The 57-year-old former president; his wife, Michelle, 55; and their two daughters, Sasha, 18, and Malia, 20, are in Lake Como visiting the former ER heartthrob, 58, and his glamorous wife, Amal Clooney, 41, at their Villa Oleandra in Laglio.

During Obama’s eight years in office, Clooney was one of his most ardent supporters. 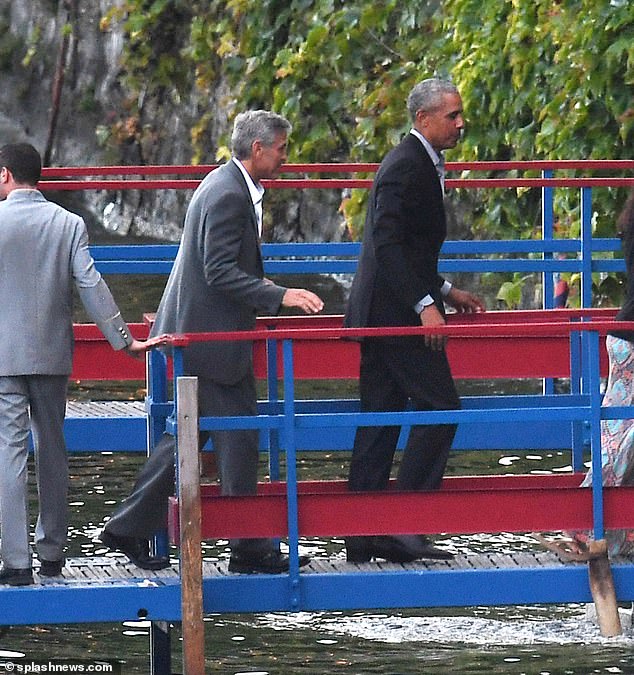 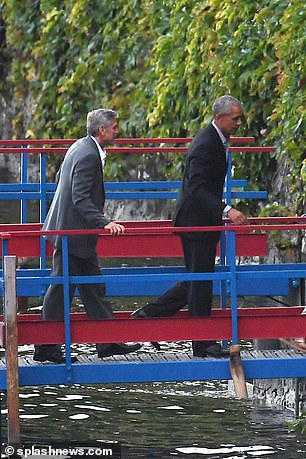 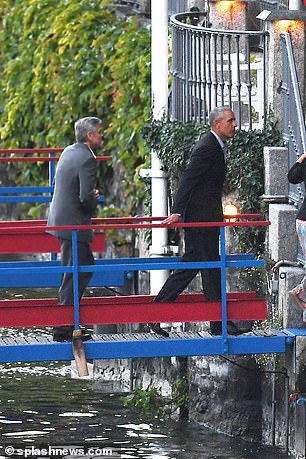 Both Obama and Clooney were dressed for business, wearing suits without ties 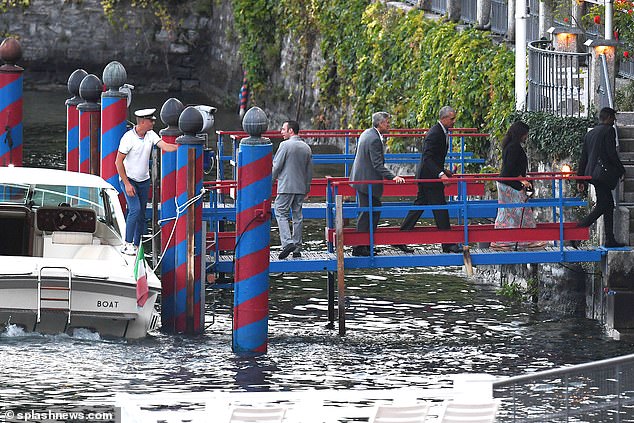 The former first family is in town until Monday.

Their European vacation began last week when they landed in France and spent time on the French Riviera with good friends Bono and The Edge.

The foursome traveled to Avignon by private jet, just days after Sasha graduated from high school in front of her proud parents and her older sibling.

From France, the Obamas flew via private jet to Italy, where they stopped in Milan.

The governor of Laglio has decreed that fines of 500 euros ($565) will be in place for any vessel or vehicle approaching within 300ft of the Villa Oleandra, which is usually accessible to the public unlike typical A-list properties.

The Obamas took their private jet to Milan from Provence where they are believed to have been staying at a $60,000-a-week villa in the Châteauneuf-du-Pape wine region.