She was brought up in her ‘father’s home believing in democracy’ and that positive stance has been rewarded after Barbados elected its first female prime minister.

Mia Mottley has emerged as victor in Thursday’s elections, which has returned the Barbados Labour Party (BLP) to power on the island of some 285,000 people for the first time in a decade.

The opposition inflicted a crushing defeat on the ruling Democratic Labour Party (DLP), winning all the seats in the Caribbean island’s parliament, election results showed on Friday.

‘This victory is the people of Barbados’ victory,’ Mottley, 52, told supporters outside the BLP’s Bridgetown headquarters 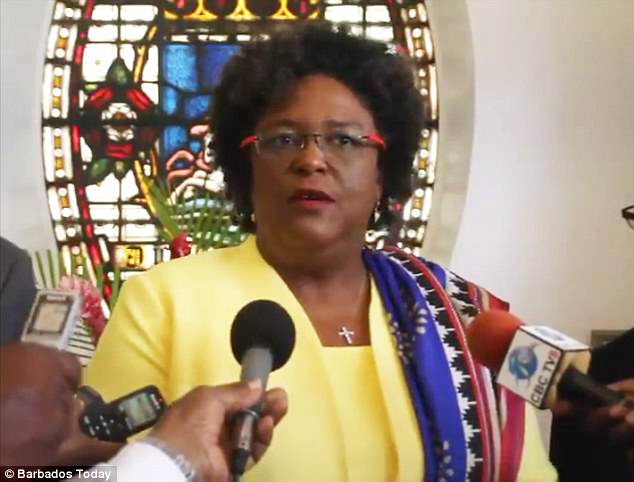 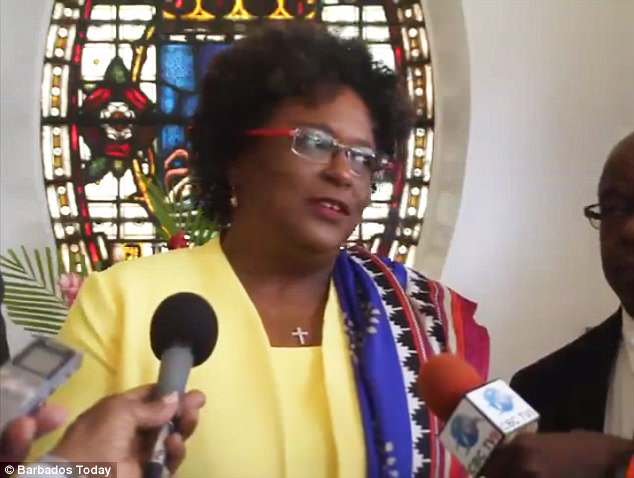 On her Twitter account, Mottley says she was ‘brought up in my father’s home believing in democracy and trusting the will of the people’

‘This victory is the people of Barbados’ victory,’ Mottley, 52, told supporters outside the BLP’s Bridgetown headquarters, as she called the result a vote for a more inclusive and transparent kind of leadership for Barbados.

‘This must be our legacy to the people of Barbados: to give you back your government and your governance,’ said the new PM, a former minister and attorney general who was sworn in later yesterday.

On her Twitter account, Mottley says she was ‘brought up in my father’s home believing in democracy and trusting the will of the people’.

The Electoral and Boundaries Commission said the BLP had elected all 30 members of the parliament, delivering the first clean sweep in the history of the legislature. The DLP had previously held a slim majority with 16 seats.

However, the result means the Barbadian House of Assembly is without an official opposition, despite the fact that an unprecedented 135 candidates ran for office across nine parties.

Outgoing Prime Minister Freundel Stuart, who had served since 2010, congratulated Mottley, conceding that the DLP had suffered an ‘overwhelming defeat.’

‘In campaigning, whenever there is success, success is shared by all those who succeed and by those with whom they are associated, but when there is failure, failure points to one man,’ he told reporters at his party headquarters.

‘I think that there was some hurt in the society in respect of some of the decisions that had to be made.’

The Barbadian economy has struggled since a sharp contraction in 2009 after the global financial crisis.

The DLP’s economic record dogged Stuart in the campaign. Many voters expressed frustration at the party’s failure to reduce debt and the cost of living even as their taxes rose.