Barbara Taylor Bradford says the Me Too movement has gone too far, and thinks that political correctness is ‘rather stupid’.

The New York-based author, 86, who wrote novel ‘A Woman of Substance’, appeared on Good Morning Britain today where she admitted that she is in no way politically correct because she finds it ‘so silly’.

She also claimed that although the likes of Harvey Weinstein are ‘monsters’, she feels the online movement against sexual harassment has tarred ‘decent men’ with the same brush, and made them fear being alone with women.

Appearing on the show to promote her latest book, Barbara also spoke of her late movie producer husband Robert Bradford, and said they had shared a ‘joke for years’ about the culture of the casting couch.

A Woman of Substance author Barbara Taylor Bradford, 86, from New York said on Today’s GMB that the #MeToo movement has gone too far, and thinks that political correctness is ‘rather stupid’ 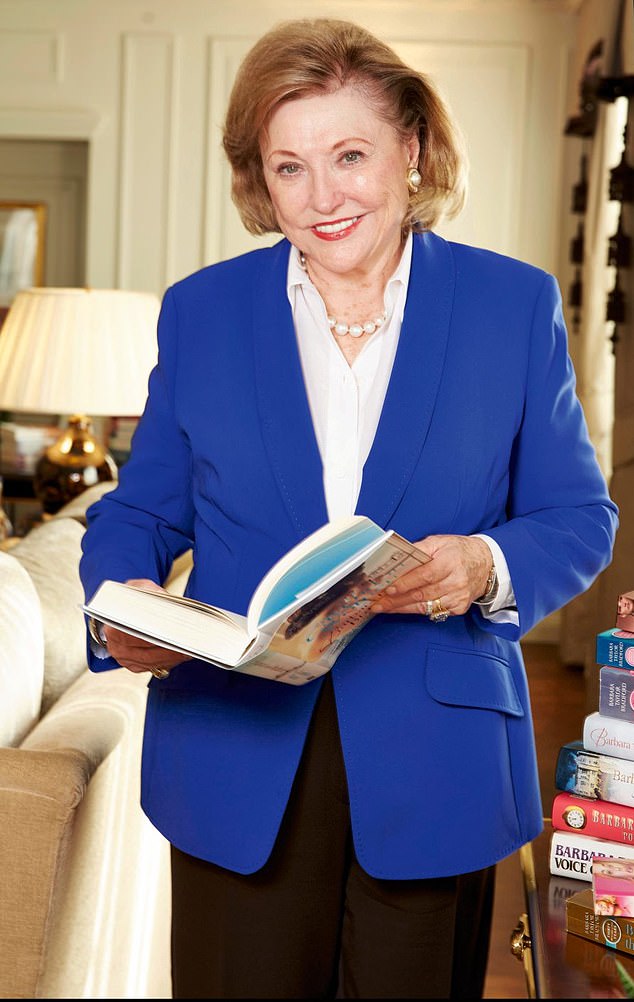 The best-selling novelist, pictured at her home in March 2015, said that throwing herself into her work has helped since the death of her husband

She said: ‘I think it was good it came out. Although, being married to a producer – there had always been jokes for years.

‘But I now think it’s gone a little bit too far. There are a lot of decent men out there who are afraid to be with women.’

The novelist then insisted that although she feels the movement has gone too far, the disgraced movie mogul Harvey Weinstein was of course, a ‘monster’.

Host Piers Morgan then quizzed Barbara about her view on political correctness, branding the younger generation as ‘snowflakes’. 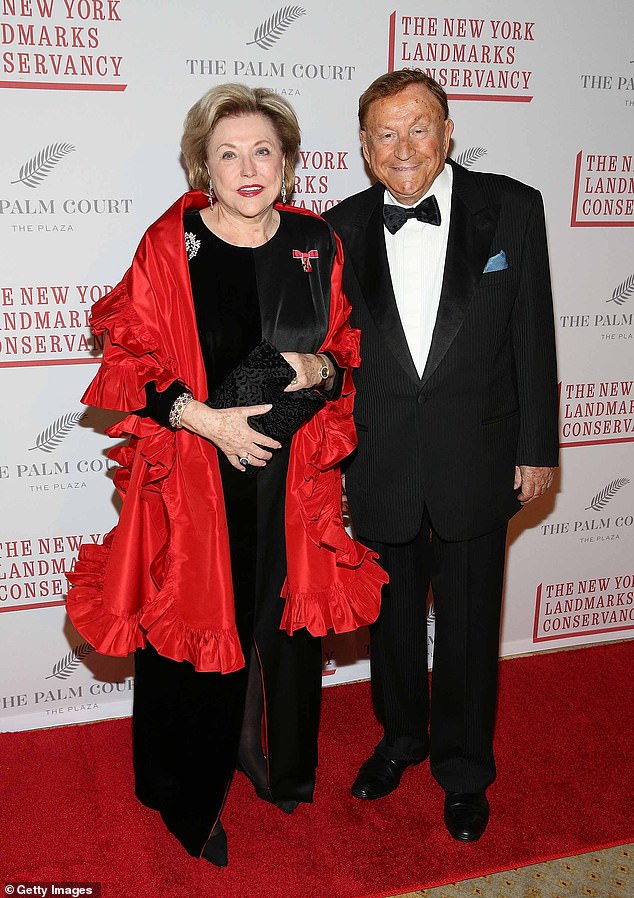 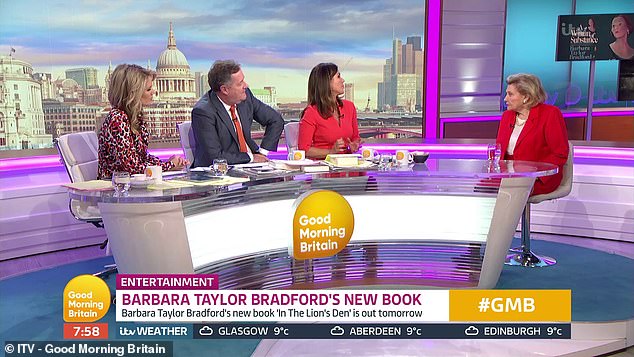 Host Piers Morgan (middle) then quizzed Barbara about her view on political correctness, branding the younger generation as ‘snowflakes’ 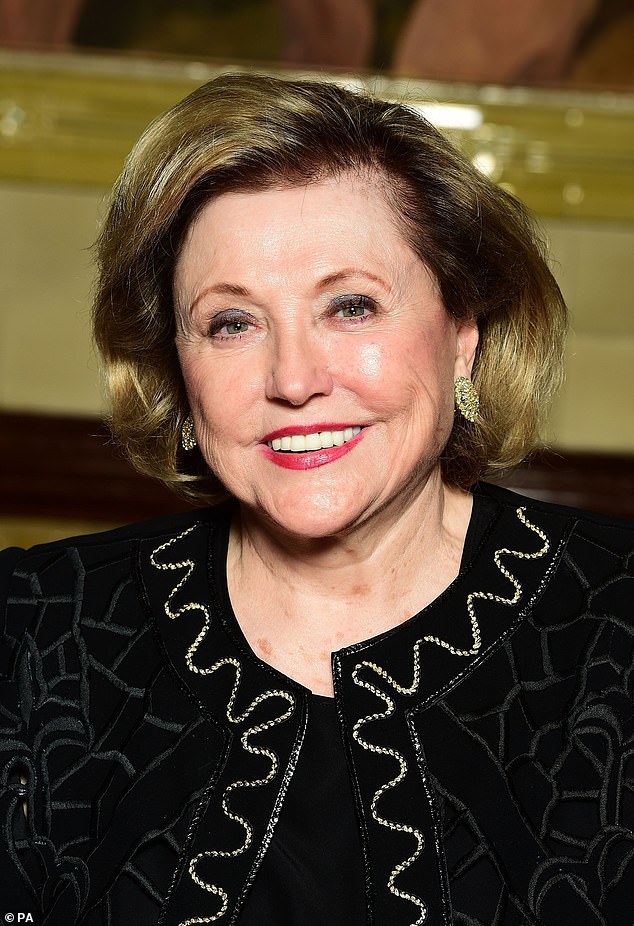 She said: ‘I don’t know but I think it’s rather stupid.

Fellow host Susanna Reid went on to ask about the word ‘bossy’ and whether the author felt it was sexist, because it’s usually used to describe women.

She said: ‘No I don’t think it’s sexist. It must come from boss, bossy.’

Barbara then explained that her late husband would compare her to former Prime Minster Margaret Thatcher and told that she was ‘devastated’ when he passed away in July following a stroke.

‘It was a shock and I was devastated,  but he always said, “If anything happens to me, keep going”.

‘Keep working, see your friends and get on with it and I’ve been very busy and it helps.’

She added that ‘the best way to cope with the death of a loved one is to carry on working and not mope about’.

She said: ‘Of course you can’t help but grieve if you love them.

‘We had a wonderful marriage, we were very close after all those years, we were always a team.

‘I think that if you sit at home moping you just fade away.  It’s an effort because you really don’t want to sit and cry.

The author is currently writing a prequel to her famed book, A Woman of Substance, the first of a seven-book saga, which was published in 1979 and has sold over 30 million copies worldwide .