The shutters might have been down recently with the former injured and the second criticized by some Barcelona supporters, but anyone who believes the magic is gone, just needs to ask Antonio Conte.

He watched his well drilled side take a first half lead only to finish up with nothing. Messi slalomed across the edge of the Inter penalty area on 84 minutes and played Suarez through. 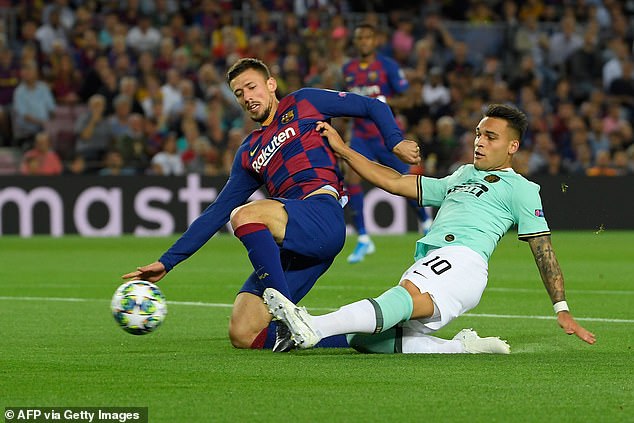 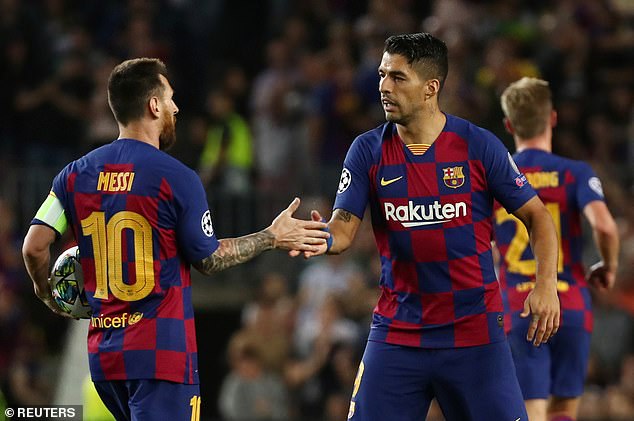 He took one touch and shot left footed past Samir Handanovic to make it 2-1. It has been 1-0 to the Italians for long enough for their to be as much relief as joy as the Camp Nou celebrated.

Suarez also got the equalizer with a thunderous volley after Lautaro Martinez had put Inter ahead on two minutes.

Barcelona were awful in the first 45 minutes but revived in the second period.

Inter were ahead after just 119 seconds. A Gerard Pique interception was played straight at Alexis Sanchez.

When it cannoned off the former Manchester United forward it ran to Martinez who was stronger than Clement Lenglet and arrowed a shot across Marc-Andre ter Stegen into the far corner.

An early goal might have shocked Barcelona awake but instead they were stunned. Messi, Suarez and Antoine Griezmann, starting their first Champions League match together, failed to find each other in the first half. 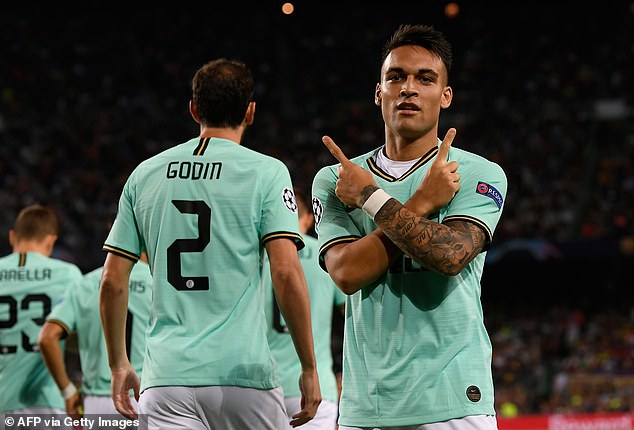 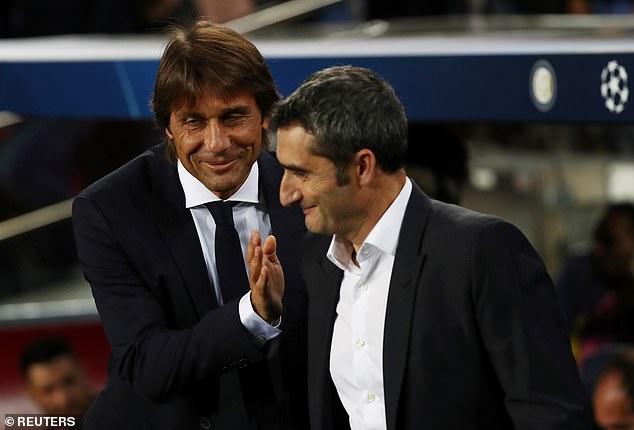 Messi nutmegged Nicolo Barella but then gave the ball away. He also had a free-kick on the edge of the area but put it into the arms of Handanovic.

It was mere-mortal stuff and with Griezmann not troubling his former Atletico Madrid team-mate Diego Godin it was hard for Barcelona to hurt the five-man defence Conte has taken no time in establishing and fine tuning.

Alexis – who knows all about the difficulties of playing in Barcelona’s front-three – was enjoying himself, meanwhile.

Busquets clattered him to stop one counter attack. With Martinez and the impressive Stefano Sensi running in behind Barcelona’s pedestrian defence, marshaled by Pique who had been booked, Barcelona looked unusually vulnerable.

Alexis headed a cross from Sensi wide and Ter Stegen saved well from Martinez as Inter looked more like scoring the second than conceding an equalizer. 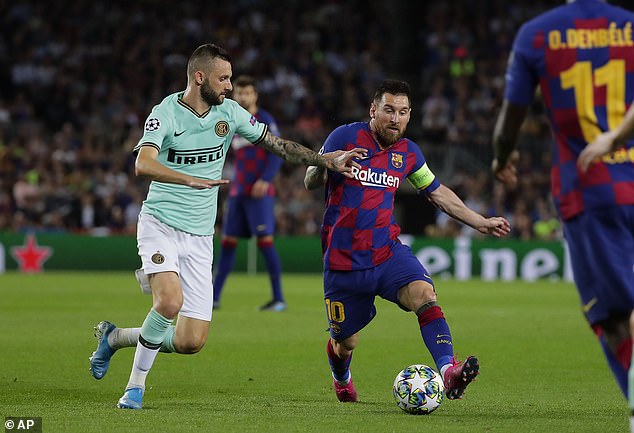 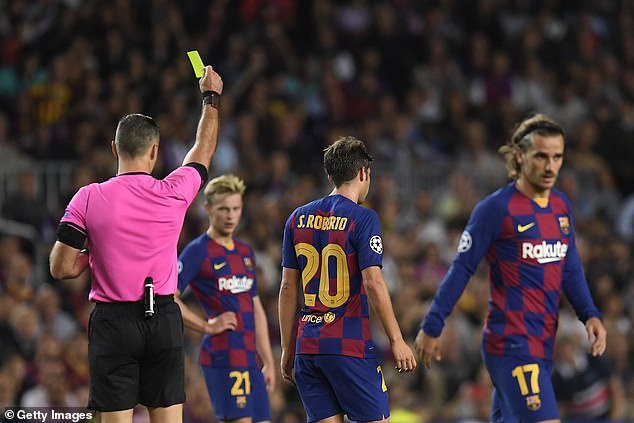 There were whistles and Arturo Vidal was sent to warm-up at half-time.

The midfielder with the Mohican gets typecast as the tough guy but he didn’t win eight top European league titles kicking people and his delicately floated pass sat up invitingly in front of Suarez on the edge of the area.

With all the rage of a man whistled the last time he played at the Camp Nou and generating a few murmurs of discontent in the first half here too he put his right foot through the ball to volley it beyond Handanovic and draw Barcelona level.

Suarez might have scored a second but Griezmann sent his shot into the side netting instead of pulling it back. It was the last thing the French forward did before being taken off. 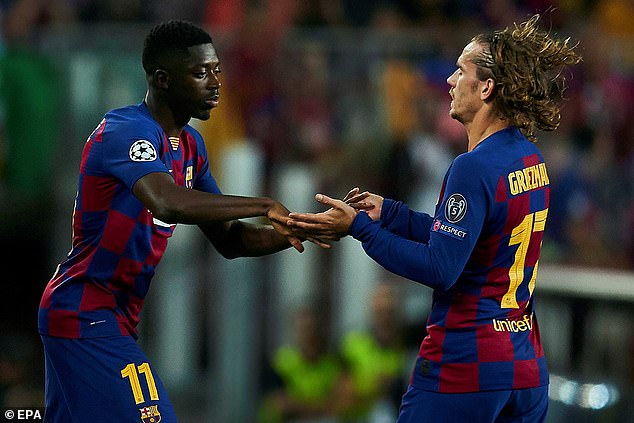 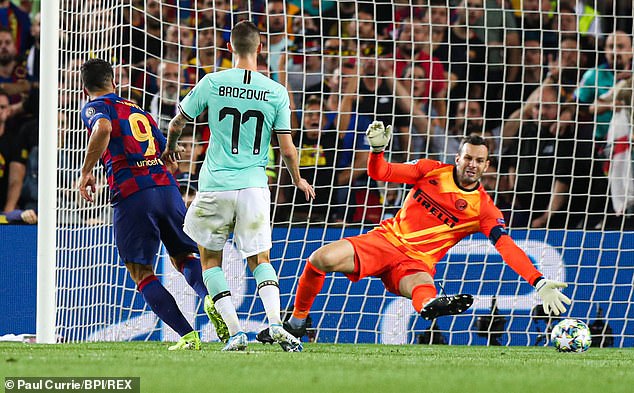 He’s firmly in the Eden Hazard club at the moment – cost more than €100m but still waiting to really make an impact. Ousmane Dembele came on in his place and when Messi gave him his first chance he fizzed a shot just over the bar.

Alexis’ night had gone downhill since half time. He was taken off on 66 minutes and then booked for losing his temper on the bench.

Conte was next to fume at the fourth official and Damir Skomina sprinted across to pull out another yellow.

Conte really had something to complain about minutes later when Messi teed-up Suarez and he turned the result on its head.

He’s back, so is Suarez, and Barcelona’s Champions League campaign has finally started.