Barcelona strolled to a comfortable 3-0 away victory over La Liga new boys Girona on Saturday to extend their unbeaten run to seven games.

The Catalan giants have been in sensational form of late with Argentina international Lionel Messi pulling the strings, but he, watched closely by Manchester City loanee Pablo Maffeo, couldn’t get in on the act and wasn’t even involved in any of the goals.

The 30-year-old had scored 11 times in his last five prior to kick-off with Girona but was kept relatively quiet by Maffeo for the 90 minutes, and the young defender revealed the Argentine had asked him his age and whether City had loaned him out during the match.

In a post-match interview, Meffeo said: ‘He [Messi] asked me a couple of things, like if I was loaned by City and how old I was.

The 20-year-old also revealed he had been tasked with directly limiting Messi’s influence in the game, and though this didn’t have any impact on the result it certainly caught Messi’s attention. 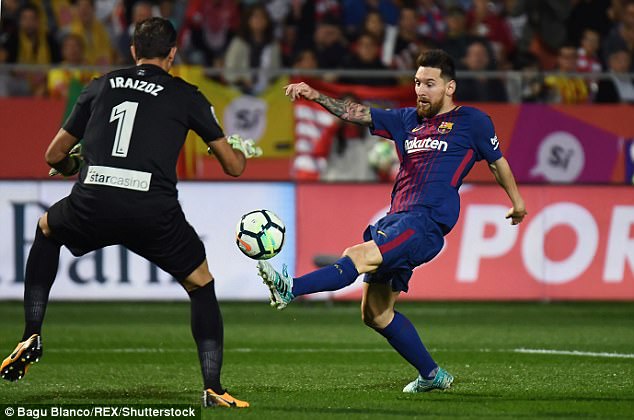 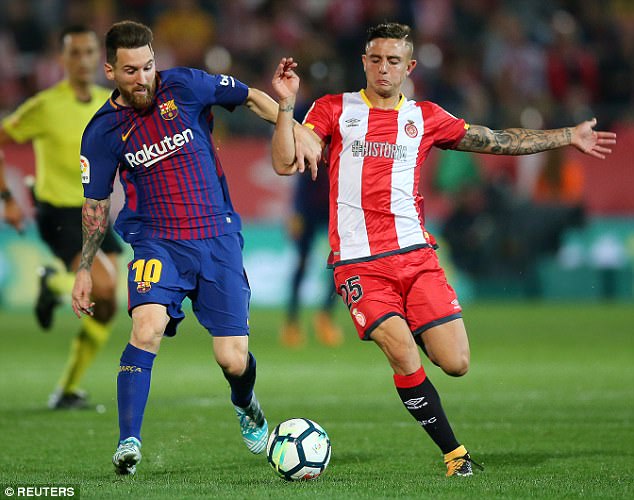 He added: ‘I had to mark him and I had to be close to him and not watch the ball,’ he said.

‘It is difficult, not just from a football perspective, but also psychologically.

‘I appreciate the trust the coach placed in me.’