Barcelona are keeping a watchful eye on Lyon playmaker Nabil Fekir, with the Spanish club putting in place a back-up plan should a move for Philippe Coutinho fail to materialise.

According to Spanish paper Marca, sporting director Robert Fernandez was in attendance at the Groupama Stadium to watch the 24-year-old in the Ligue 1 side’s 3-0 victory over Everton in the Europa League.

Fekir has been in imperious form for Lyon in the French top flight this term, scoring 11 goals in 11 appearances, grabbing the headlines last weekend with a devastating display in the 5-0 derby decimation of Saint Etienne.

His Messi-esque celebration — removing his top to parade in front of opposition fans — caused the game to be temporarily suspended as home fans invaded the pitch.

Despite his impressive form, Fekir is not the No 1 target for the Catalan side, who still hold out hope of landing Coutinho.

His former Liverpool team-mate, and current Barcelona forward, Luis Suarez lavished praise on the Brazilian recently when asked about him in an interview with Mundo Deportivo.

‘I know him as a person and as a player because I played with him, but everyone knows what Coutinho can contribute,’ he said earlier this month. 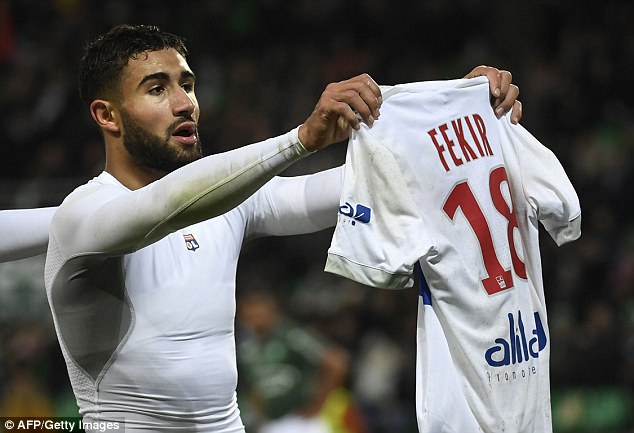 ‘He is a footballer, who today, plays at a very high level.’

Asked if he believed his former colleague wanted the move to the Nou Camp, which fell through during the summer, he added: ‘Obviously he must have because he’s a player who has ambition and any player would want to come to Barca.

‘He went through a difficult and very complicated moment but as a professional he continued to show how good a player he is and the personal quality he has.’ 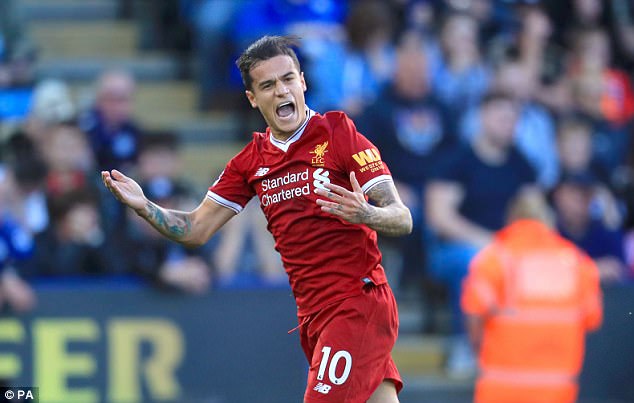