Spanish police have found a live suicide vest in the remains of the house used as a makeshift ‘bomb factory’ by the Islamist extremist cell that carried out last week’s terror attack.

The belt with viable explosives was found at a house in Alcanar, south of Barcelona, where the imam named as the ‘mastermind’ behind the attacks died in an explosion last Wednesday prior to the attacks.

Master of evil: The suicide belt was found at a house in Alcanar, south of Barcelona, where imam Abdelbaki Es Satty  died in an explosion last Wednesday

Officers carried out new raids overnight to root out a possible support network for the men, after a suspect admitted the jihadists were targeting monuments in Barcelona in an even bigger attack.

The scale of the assaults being prepared by the jihadist suspects emerged during a preliminary court hearing Tuesday, when Mohamed Houli Chemlal, 21, told the judge the group was planning ‘an attack on an even greater scale, targeting monuments’ using bombs.

At least 500 litres of acetone, large quantities of nails and detonators as well as gas canisters were been found at a house in the town of Alcanar, court documents said.

They are ingredients of TATP – the explosive of choice of the Islamic State group, which has claimed its ‘soldiers’ carried out the attacks.

Chemlal was injured in the Alcanar explosion that killed an imam, Abdelbaki Es Satty, who is thought to have radicalised him and other young suspects. 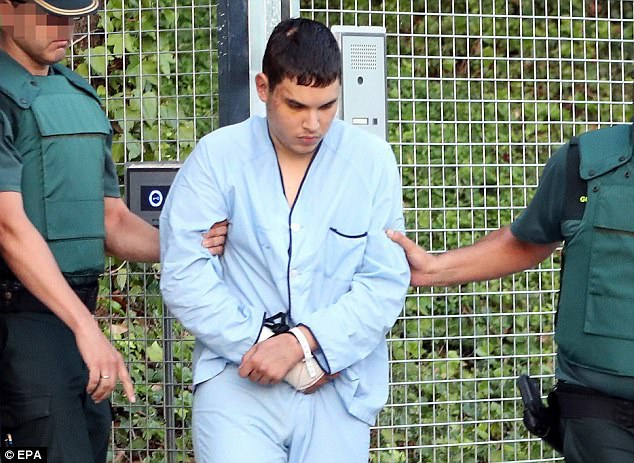 Testimony: Mohamed Houli Chemlal, 21, was pulled alive from the rubble and appeared to still be wearing hospital pyjamas as he appeared in court today 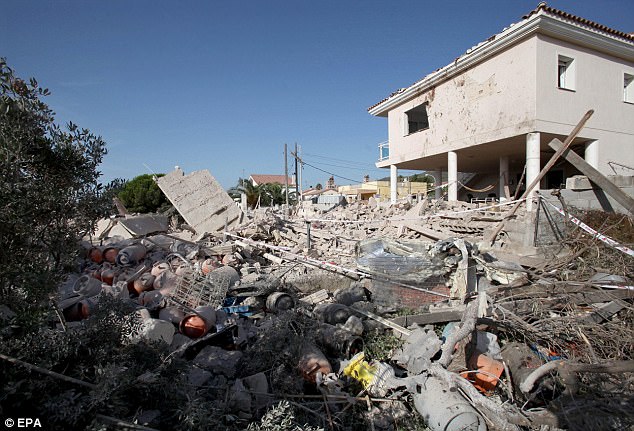 ‘Bomb factory’: Es Satty died in an accidental blast at this suspected bomb-making factory hours before the attacks were launched

Chemlal only survived because he was out on the porch when the blast occurred.

He told the judge the imam had wanted to blow himself up. The judicial source said that among the four suspects, ‘two blamed the imam for the plot while another two denied knowing him’.

After losing their bombs and two cell members in the blast that was so powerful that ‘the mushroom cloud that was generated was visible several kilometres around’, the jihadists put plan B into action.

They rented a van the next day, but again suffered a false start as it was involved in an accident not far from Cambrils.

A second van was used two hours later in the Barcelona rampage.

The suspects then bought four knives and an axe that were used to slash at pedestrians in Cambrils in the early hours of Friday. 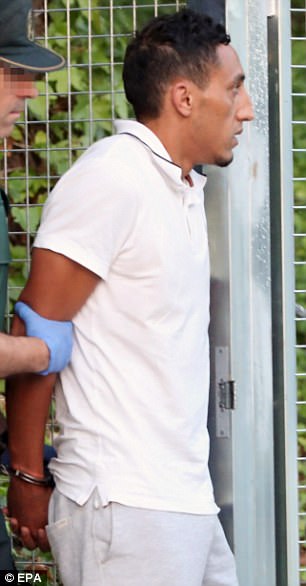 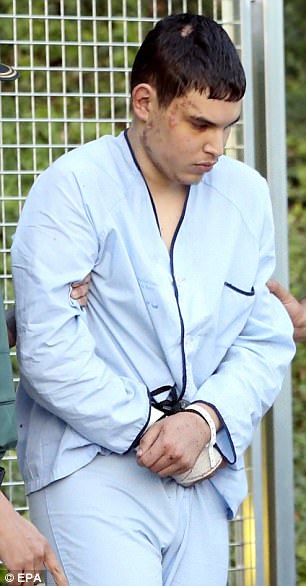 Arrested: Driss Oukabir, left, and Mohamed Houli Chemlal are taken to the Audiencia Nacional court in Madrid for the first hearing on Tuesday 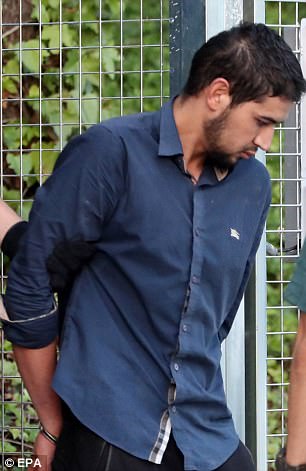 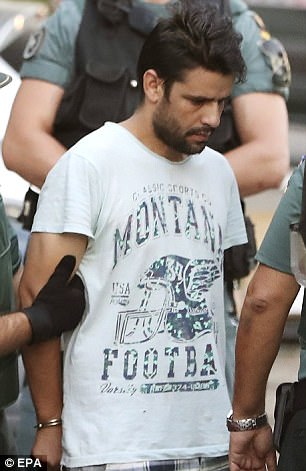 Taken away: Salah El Karib, 34, and Mohamed Aallaa, 27, were detained last week over their alleged role in the attack on Barcelona and Cambrils which left 15 dead and 130 wounded 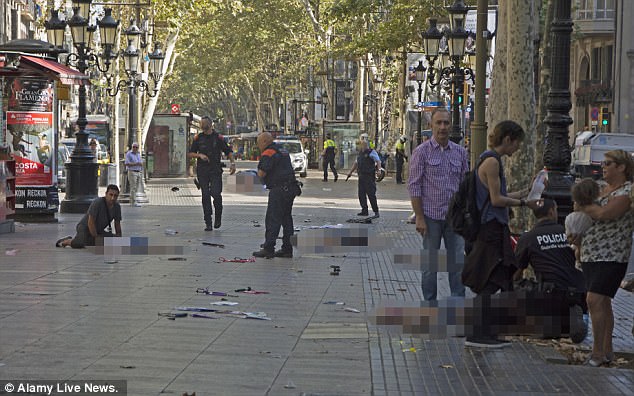 After a full day court hearing, Chemlal and another suspect, Driss Oukabir, 28, were remanded in custody and charged with terror-related offences.

A third man, Mohamed Aallaa, 27, who owns the car used in the Cambrils attack, was granted conditional release, with the judge saying evidence against him was weak.

‘We took the decision to act as quickly as possible after looking at attacks in Europe,’ a police spokeswoman said.

‘Our job is to protect sensitive points, and the cathedral is a symbol of Cologne, known around the world.’

A UNESCO World Heritage site, the cathedral was one of the few buildings in Cologne’s centre to survive World War Two bombings.

In the German capital Berlin, barriers remain in place around the site of a Christmas market where a militant drove a stolen truck into crowds and killed 12 people last year, but few other visible measures have been implemented.

The judge gave himself three more days to decide if the fourth suspect, Salh El Karib should be remanded or released. His shop, which allows people to make calls abroad, was among targets of police raids late Tuesday.

An apartment in the village of Vilafranca del Penedes, 30 miles west of Barcelona, was also searched, a police spokesman said. The men in court Tuesday were the only surviving suspected members of the terror cell, which Spanish police claimed they had dismantled after gunning down the last man at large, Younes Abouyaaqoub, on Monday.

The 22-year-old Moroccan was the van driver in the Barcelona rampage which claimed 13 lives. While on the run, he also hijacked a vehicle and killed its driver.

With the cell made up of mostly Moroccan nationals who lived in Spain, focus is turning to their links abroad.

Spanish press reported arrests in Morocco in relation to the case, but Rabat declined comment when contacted by AFP.

In Belgium, the mayor of the Vilvorde region told AFP that Satty spent time in the Brussels suburb of Machelen – next to the city’s airport – between January and March 2016.

And French Interior Minister Gerard Collomb said the Audi used to kill people in Cambrils had been detected speeding in the Paris region while making ‘a very rapid return trip’ days before the Spanish attacks.

At least one of the suspects also spent a night in Zurich in December, according to Swiss police.