Barcelona boss Ernesto Valverde hails his side’s improvement in final third as they come from behind to beat Inter Milan: ‘We needed to transform the match going forward’

Barcelona boss Ernesto Valverde felt his side’s improvement in the final third was the reason behind their comeback win over Inter Milan in the Champions League.

The hosts were up against it at the Nou Camp after Lautaro Martinez struck in the second minute for the Serie A leaders.

But Barca improved, with Lionel Messi and Luis Suarez taking centre stage in the second half.

Suarez netted twice, the second coming in the 84th minute following a fine run from Messi, to seal a 2-1 win which put the Spanish champions level with Borussia Dortmund in Group F, three points above Slavia Prague and Inter.

Valverde told Marca: ‘We needed to transform the match going forward. We controlled the play with (Sergio) Busquets, Arthur (Melo), (Frenkie) De Jong, but we didn’t have any space to play.

‘We needed to be more of a threat in their area and be more decisive in the final third. They kept us far away from their goal and we were able to come back.’

Barcelona were fortunate to only be one goal down at half-time after Inter missed several chances to add to Martinez’s fine finish.

Antonio Candreva had a goal disallowed for offside, Nicolo Barella saw a shot blocked and Martinez was denied by a fine save from Marc-Andre Ter Stegen. 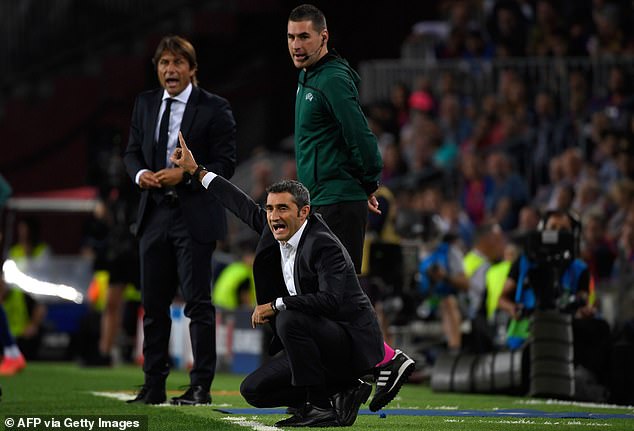 ‘(Lautaro’s goal) really put the game in their favour and strengthened their situation a lot,’ Valverde said.

‘They’re a powerful team, they’re first in the Italian league (after) winning all their matches. They made our lives difficult, but we were better in the second half.’

The defeat for Inter, who return to league action against champions Juventus on Sunday, was their first this season under Antonio Conte.

Midfielder Barella told Sky Sport: ‘We came here and demonstrated that we’re capable of matching them and winning: this is what Conte asked of us.

‘We also showed this after the equaliser, but they found the winning goal. It’s disappointing, but now we go forward and start thinking about the next game.’ 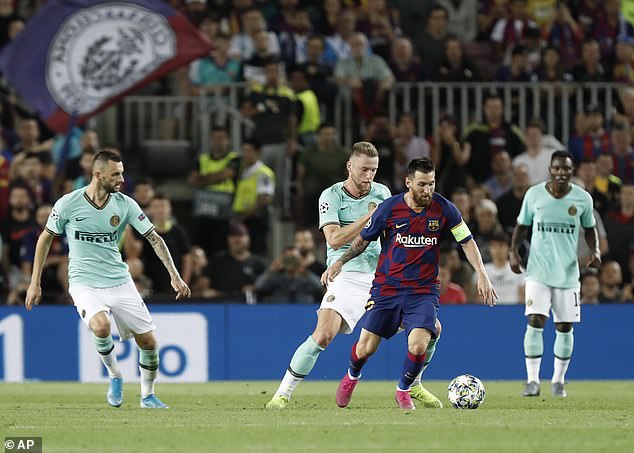