Barcelona coach Ernesto Valverde saluted the brilliance of Lionel Messi after the he scored his 48th career hat-trick.

Messi scored three times as Barcelona commenced their Champions League campaign with an emphatic 4-0 victory at home to PSV, with his first goal a spectacular free-kick.

‘He’s so decisive. He has always been that way. It’s fortunate for us. It becomes routine.’

Asked about Ivan Rakitic’s comments post-match that players get ready to celebrate whenever Messi has a free-kick he said: ‘Certainly when you are a rival coach you think that he is always going to score.

‘We have seen some great free-kick takers through the years but this efficiency he has is incredible.’ 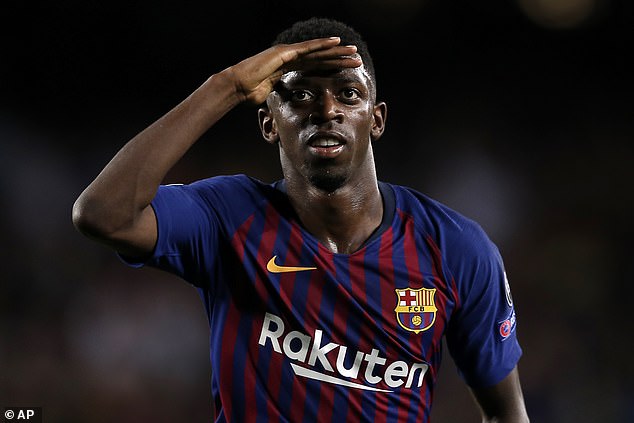 Dembele endured a frustrating start to his Barcelona career but is now making a major impact.

‘He is playing very well,’ Valverde said. ‘The injury made the first year difficult for him. Now he has settled in and he is scoring important goals. He can get even better.’

Asked if Dembele’s anarchic runs added something to Barcelona’s positional play he said: ‘Positional play is good for training but in games, to win matches, you need someone who can go past defenders and take chances.’

Barcelona finished the game with ten men following the dismissal of Samuel Umtiti but still managed to keep a clean sheet.

With Real Madrid having won the Champions League in each of the past three seasons, Barcelona will be determined to regain Europe’s elite club competition.