Barcelona say Neymar will play for Brazil at the Rio de Janeiro Olympics this summer but he is set to skip the Copa America.

The news was announced by the Catalan club after they trounced Deportivo La Coruna 8-0 in La Liga on Wednesday night.

Neymar scored one of the goals for Barcelona, who maintained their lead over Atletico Madrid and Real Madrid with four rounds of games to go. 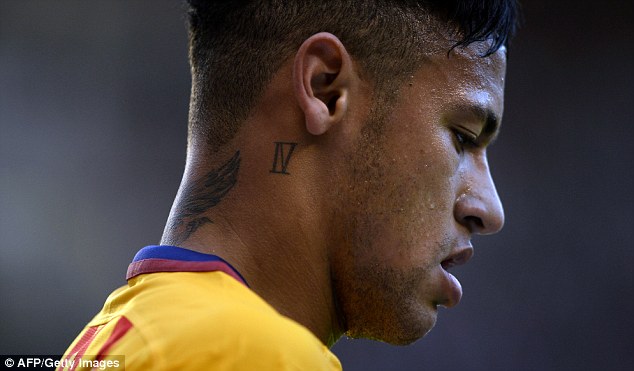 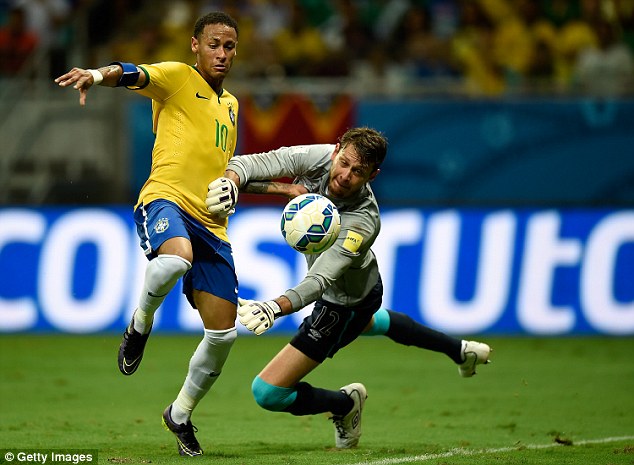 Neymar had said he wanted to play in both tournaments and the Brazilian FA had asked for his release. But Barcelona didn’t want to lose one of their star fowards for so long.

Clubs are not obliged to release players for the Olympics, but had to do so for the Copa America.

Brazil and Barcelona had been in talks for months and apparently finally reached a compromise. 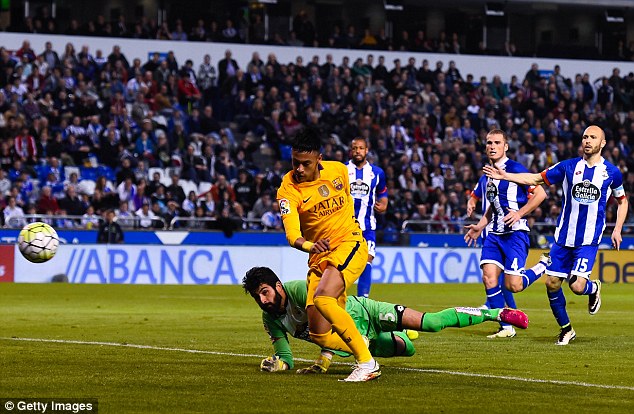 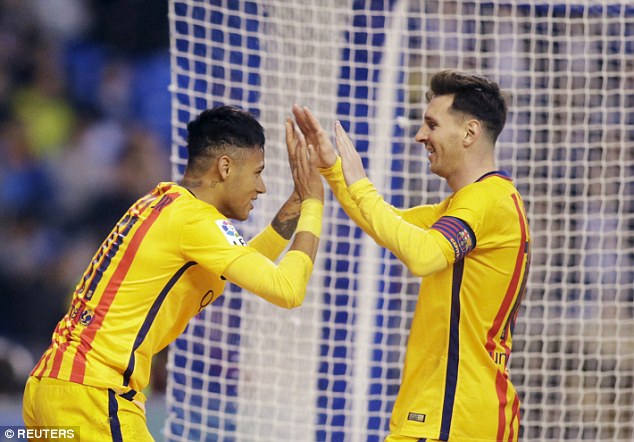 A club statement read: ‘FC Barcelona thanks the Brazilian Football Confederation and its president, Marco Polo del Nero, for having accepted the proposal the club made so that Neymar would only play the Olympic Games that take place between August 3 and 21.

‘As a result, Neymar Jr will be exempted from playing the Copa America that takes place in United States between June 3 and 26.’