Marc Andre ter Stegen sent fans into raptures on Tuesday after he pulled off a sensational save to deny Lyon forward Martin Terrier.

Barcelona went on to draw the first leg of their Champions League last-16 clash with the Ligue 1 side, but that wouldn’t have been the case if it wasn’t for the right hand of the visitors’ stopper.

After a clipped pass from Ferland Mendy, Moussa Dembele chested the ball into the path of winger Terrier. 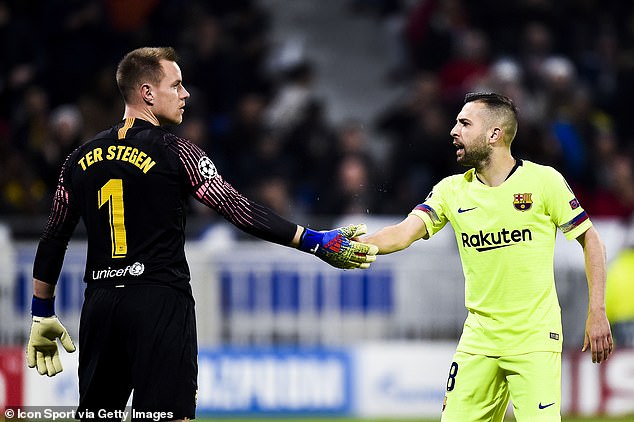 The former Lille wideman took one touch before crashing a right-foot shot from 25 yards towards goal.

The Frenchman managed to generate immense pace on the ball and it looked a certain goal, until ter Stegen reached out to tip the ball onto the crossbar.

It was a world class stop and Barcelona supporters were quick to praise their man between the sticks. 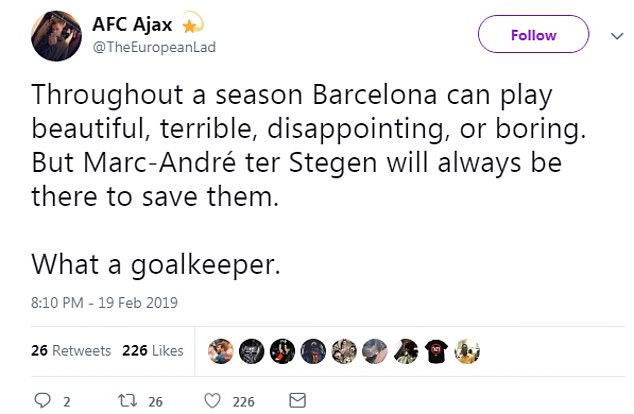 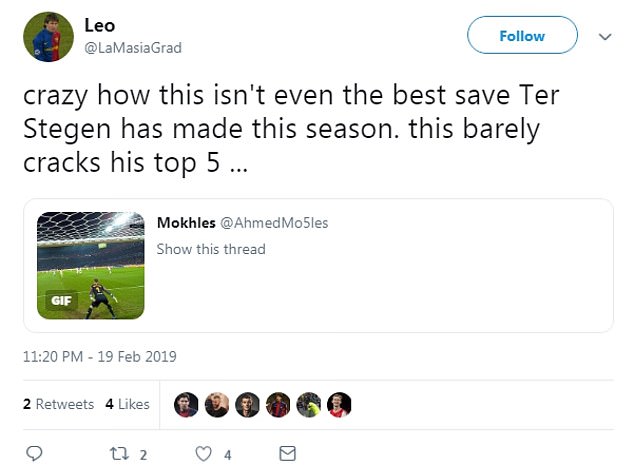 Impressively, ter Stegen has repelled 17 of the 20 shots on target he has faced in this season’s Champions League, that’s an 85 per cent save rate.

The 26-year-old did his part but Barcelona’s front line could not repay the faith at the Stade OL.

Luis Suarez fired another blank, taking him past 24 hours without a goal away from home this season.

Barcelona have drawn four of their last five matches but they will have the chance to respond to Tuesday’s setback against Sevilla on Saturday.