‘Great goal, ugly celebration’: Philippe Coutinho’s masterclass against Manchester United may have sealed his Barcelona future for another season… but his taunting of fans will not be forgotten

Philippe Coutinho’s performance at the Nou Camp last night will have encouraged the club to fight to keep him at the end of the season, but his celebration will have done little to win over Barcelona supporters.

It was Coutinho’s best home display and probably the second best game he has played since he arrived for €140m in January 2018. His Spanish Cup final performance probably just topped it, but it was special. He was daring, aggressive and quick to move the ball on when it came to him – exactly what has been asked of him this season.

But ‘Great goal, ugly celebration’ ended up as the headline in Barcelona paper ‘Diario Sport’ and they cited lip readers claiming he said: ‘Vai a tomar no cu’ as put his fingers in his ears – a Portuguese phrase tantamount to ‘f*** you’. 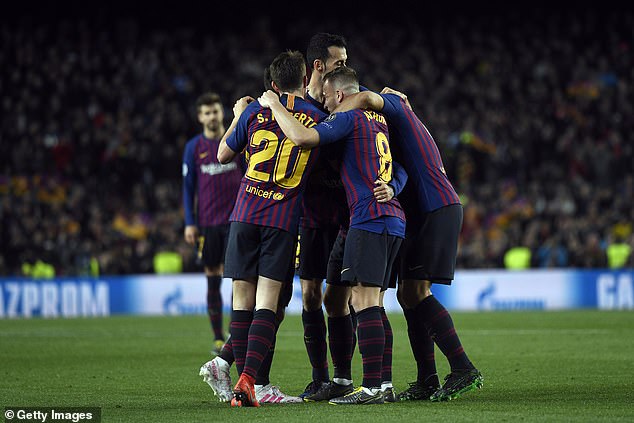 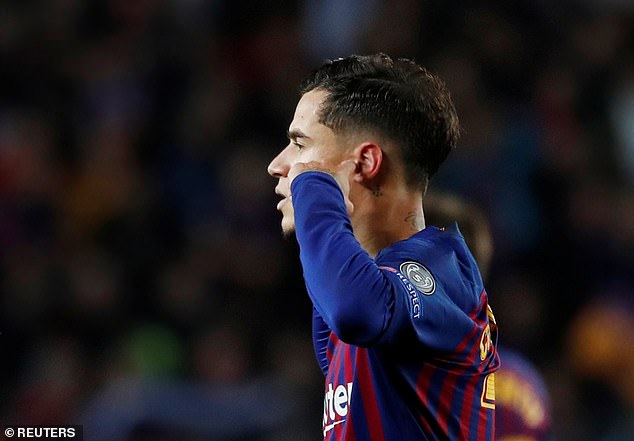 It hasn’t always been easy for the former Liverpool forward. Back in March when taken off with 10 minutes left of a 3-1 win over Rayo Vallecano, a minority jeered and whistled him as he made his way to the touchline.

There was even a suggestion from Catalan media last night that there was some abuse early in the game from home supporters. All that must have been on a pumped-up Coutinho’s mind when he saw his shot beat De Gea. The goal celebration was never going to go unnoticed.

Manchester United had generously allowed him space and time to produce his party piece right-footed top corner curler but he still had to dispatch it brilliantly.

It might have been the beginning of his acceptance at the Nou Camp.

But after he had stuck the ball into David De Gea’s top corner, sticking his fingers in his ears might not be forgotten. It was also noted that when Coutinho went off with 10 minutes left he didn’t return the applause from supporters.

The club will want to dwell on the goal not the celebration. ‘I would rather concentrate on the goal and what he did on the pitch tonight, not the little details,’ said coach Ernesto Valverde. 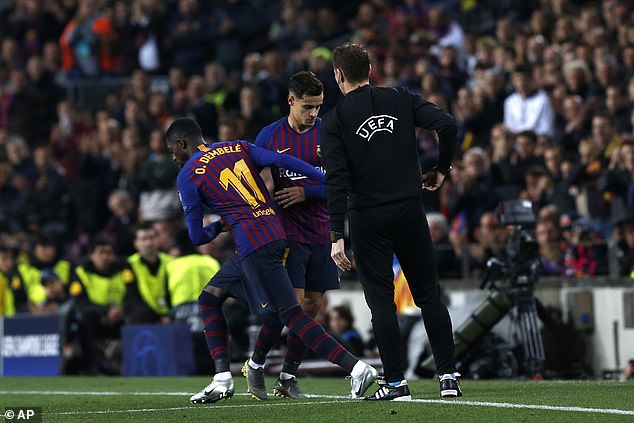 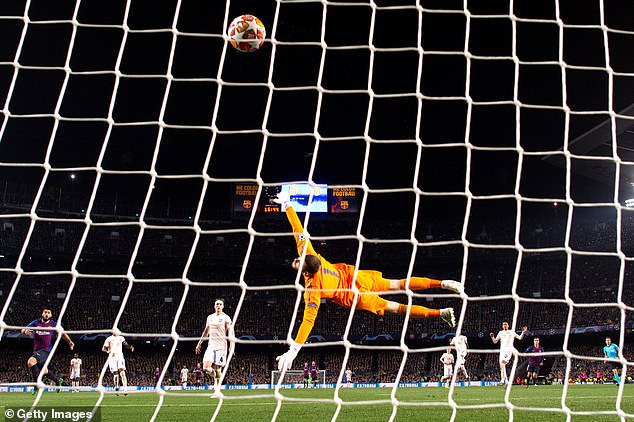 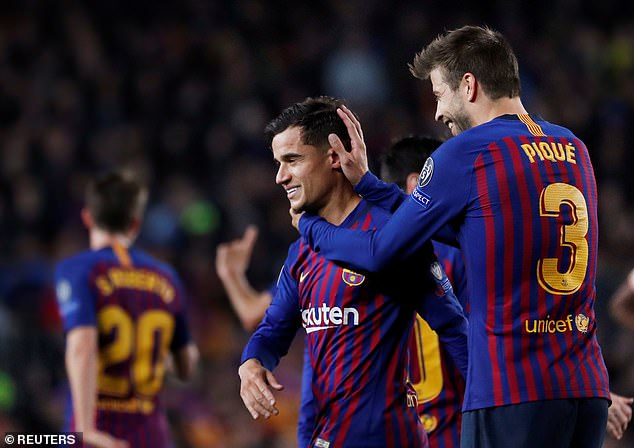 He has defended Coutinho all season and this was his vindication too. He sees Coutinho as a front-three player and not someone who can line up in Barcelona’s midfield. Ousmane Dembele is back fit and replaced Coutinho last night.

But after his best 80 minutes at the Camp Nou the feeling is that he is now ahead of the French winger.

If he can stay there through to the end of the season then it seems certain he will stay at the club this summer. Chelsea remain his only suitor back in the Premier League and their ability to buy him depends on them having their transfer ban suspended.

Coutinho’s representatives will be less concerned by the conclusions of FIFA and subsequently the Court of Arbitration after last night’s display.

It might have been a lost opportunity to put some credit in the bank with supporters who tend to be patient towards their own players but if he keeps scoring goals like that it is not credit he is going to need to draw on any time soon.