Barcelona’s pursuit for domestic and European success will take another major stride forward barring a collapse against Roma in their Champions League quarter-final second leg.

The two sides meet in the Italian capital on Tuesday but despite the grandeur of both teams, the match was arguably settled at the Camp Nou with Ernesto Valverde’s side rampaging to a 4-1 win.

Goalkeeper Marc-Andre ter Stegen heaped praise on the club’s medical team and the ‘system’ in place that ensures the club’s top stars are continually fit to play in big matches. 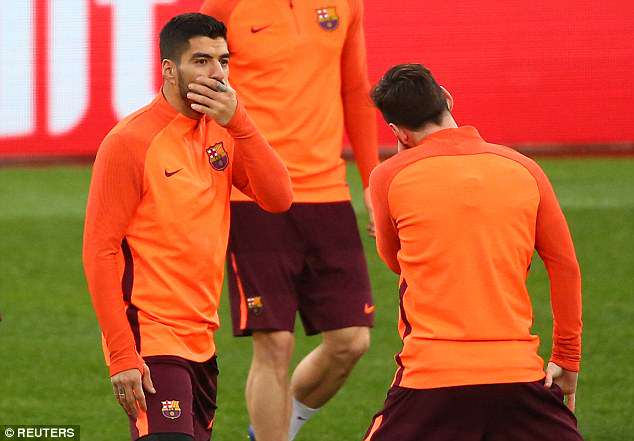 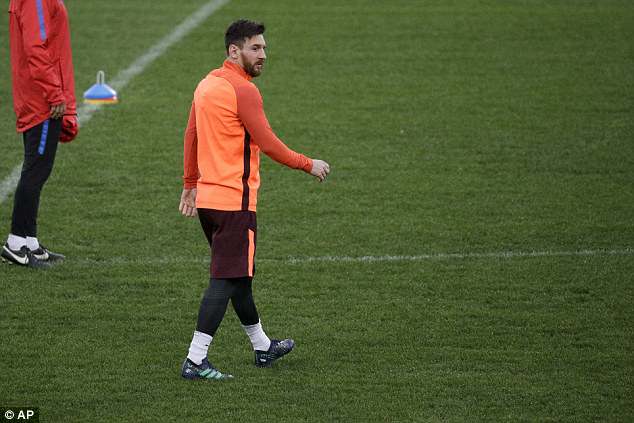 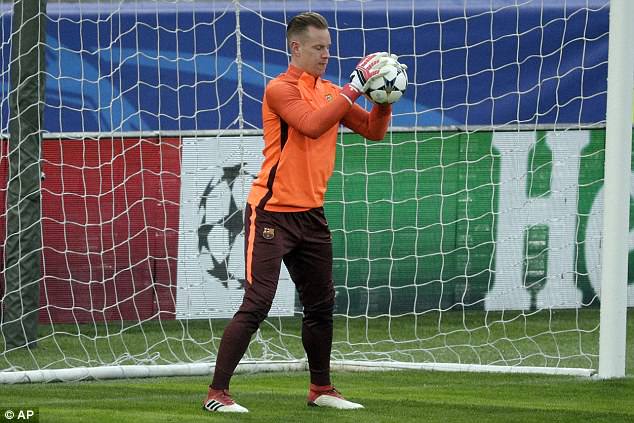 ‘We have a system that means we always have our best players available and that helps us in big matches,’ the German goalkeeper said in the pre-match press conference.

Luis Suarez and Lionel Messi both looked sharp as the La Liga leaders took to training in Rome and both will want to add to their Champions League goal hauls against Eusebio Di Francesco’s side.

Unsurpsingly for Barcelona, much of the session centered around possession drills and at one stage Messi was in the middle of a circle hunting down the ball as his team-mates jockeyed from man-to-man. 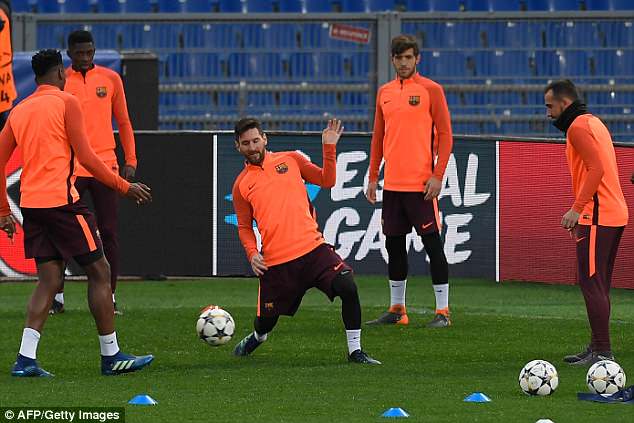 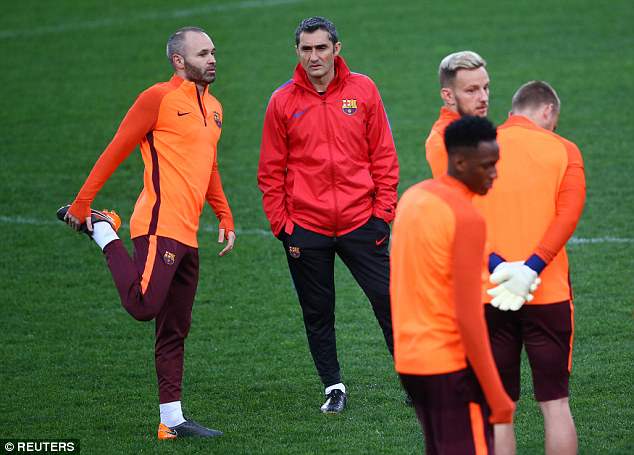 Two own goals and strikes from Gerard Pique and Suarez heaped misery on the Italians and allowed Barcelona to cast one eye on a semi-final spot.

But the suggestion that the tie is all but over did not seem to be shared by ter Stegen and his team-mates as they insist a lack of focus may prove costly.

‘We have an advantage that we must defend,’ he said. 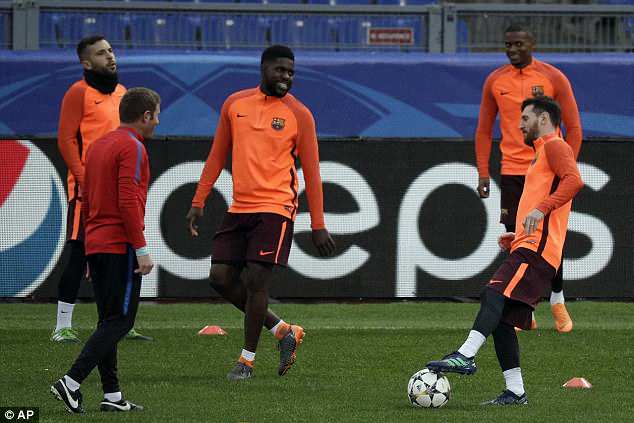 ‘However, we will have to give them a good match to make progress in the Champions League. Roma have a lot of quality.’

The Catalans last won the competition in the 2014-15 season but have since seen rivals Real Madrid record back-to-back European titles.

Zinedine Zidane’s side are eyeing a famous treble and themselves hold a three-goal cushion heading into their second leg tie against Juventus on Wednesday.