Ernesto Valverde says he ‘couldn’t risk’ playing Lionel Messi against Inter Milan as Barcelona booked their place in the last 16 of the Champions League with a 1-1 draw.

Despite Messi returning to training a week ago, just 11 days after breaking his arm against Sevilla, Valverde didn’t feel he could include him in the squad at the San Siro.

Malcom’s first goal for Barcelona had them heading for victory before Mauro Icardi’s late equaliser for the hosts. 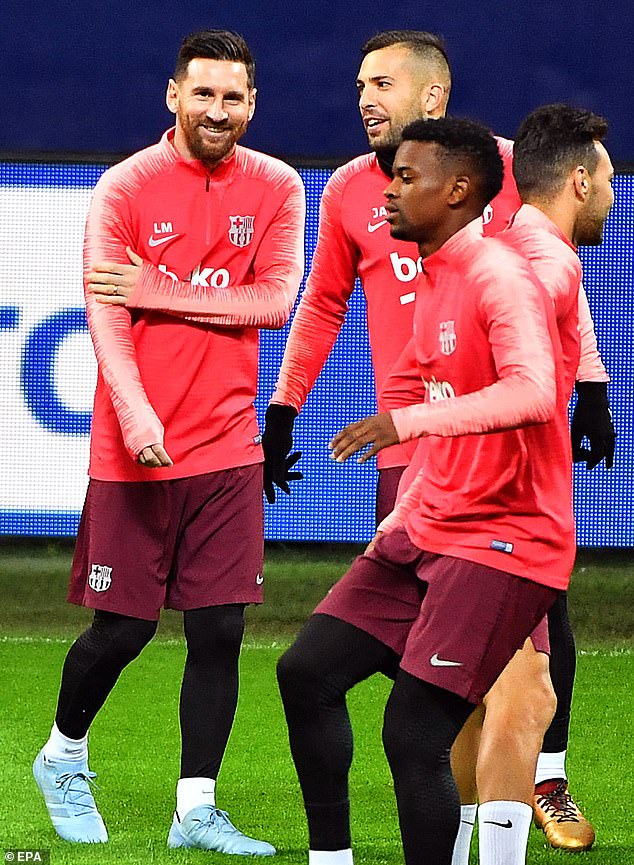 Messi returned to training last week, just 11 days after breaking his arm, and took part in a session in Italy (above, left) but did not feature against Inter Milan

‘It was a decision shared by the team. We couldn’t risk Messi. We wanted him to train with the team but training isn’t the same as playing,’ Valverde said after the game.

‘We were careful in training, but we knew that today’s match would be like how it was with the intensity that there was.

‘You do not know what can happen and we didn’t want to take risks. We talked to him about it and he understood.’ 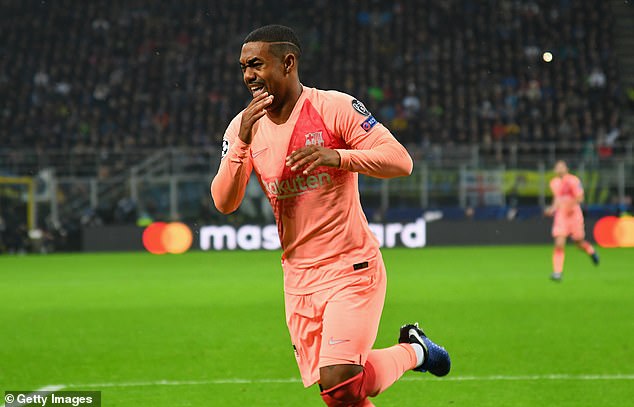 Malcom scored his first goal for Barcelona since his £36.5m move from Bordeaux last summer

The draw was enough for the Catalan club to qualify for the knockout stage but the Barcelona manager isn’t getting complacent.

‘We’ll have to secure first place in the next two games,’ Valverde added.

‘That was our first objective, but we go home happy. Malcom had great success and we’re very happy for him, of course.

‘The objective is always to pick up three points. We always want the ball and have control of the game.’

The La Liga leaders will face PSV away on matchday five who lost 2-1 to Tottenham on Tuesday.