REVEALED: Barcelona pay a LIFETIME salary to every one of their European champions due to a promise made by former president Joan Laporta that was inspired by Lionel Messi

Barcelona players past, present and future have another reason to thank Lionel Messi – as it has been revealed that he inspired former club president Joan Laporta to award every winner of a European title at the Catalan club a lifetime salary.

More than 290 players could be benefiting – with the Nou Camp side having won five Champions League tiles, four Cup Winners’ Cups and three Fairs Cups.

Juan Carlos Heredia – who was victorious in the Cup Winners’ Cup in 1979 alongside Johan Cruyff – is one of the recipients, and explained how the reward was inspired. 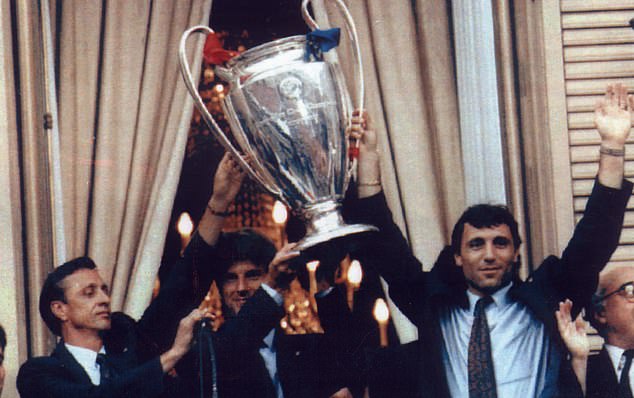 Barcelona could be paying 300 players, including their 1992 Champions League winning side 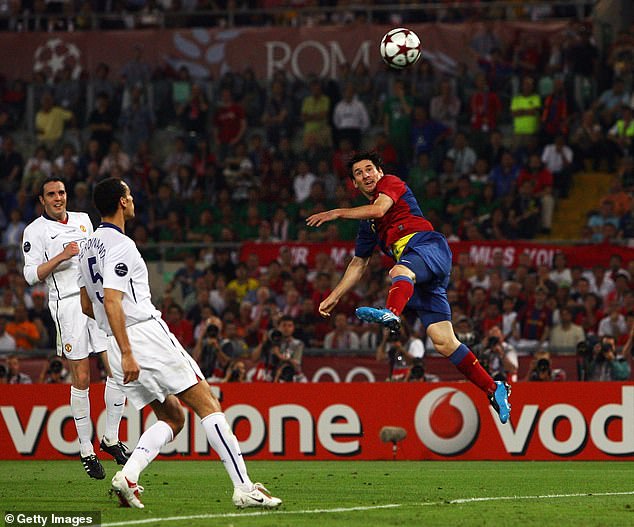 ‘When Barcelona won the Champions League final in Rome against Manchester United with a goal from Messi, the club president [Joan Laporta] declared that all those who were European champions with Barcelona were going to receive a salary for life. And he fulfilled it,’ Heredia explained to The Tactical Room.

Messi’s goal came in the 70th minute of the 2009 final, sealing the win over Sir Alex Ferguson’s side after an early Sameul Eto’o strike.

Since then, the Catalans have won two more European titles in 2011 and 2015, with players ranging from Neymar to Marc Bartra added to the list of Barcelona’s European champions. 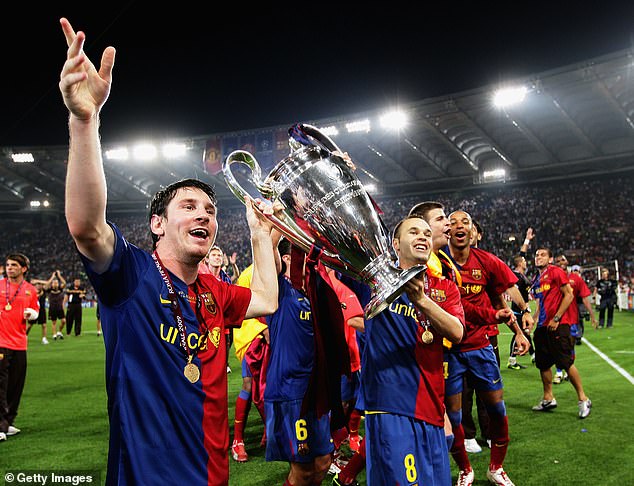 Former Spanish politician Laporta was Barcelona president from 2003 to 2010, and oversaw the club as they won six trophies in one season under Pep Guardiola in 2009.

A timeline of Barcelona’s 12 European titles