By Pete Jenson In Spain For Mailonline

Barcelona president Joan Laporta has admitted for the first time that the club have made an official bid to Bayern Munich for Robert Lewandowski.

‘We have made an offer that they will be evaluating and we are waiting for the answer,’ said Laporta who also thanked the Polish striker for indicating publicly that he wants to sign for the club.

Laporta was speaking at the presentation of Andreas Christensen – the second player the club have unveiled in a week. But he also warned that Barcelona cannot sign anyone else until they make further asset sales.

Barcelona have made an offer to Bayern Munich for Robert Lewandowski, who wants the move 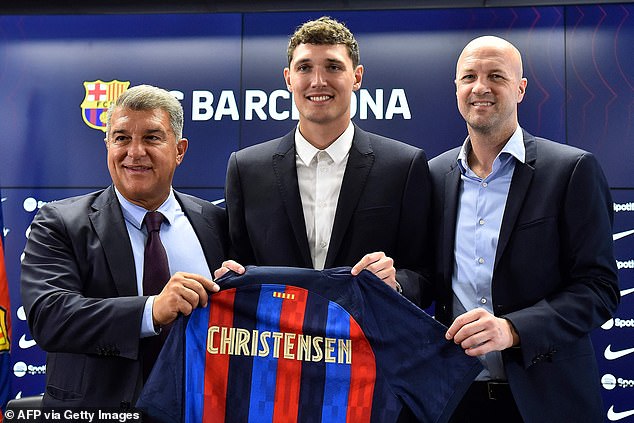 Barcelona last week sold 10 per cent of their TV rights earnings over the next 25 years to American investment firm Sixth Street Partners for £176million.

These sell-offs are being referred to as financial ‘levers’ and Laporta said: ‘When we activate the second lever everything will begin.’

Laporta has admitted that the club needs to sell a further chunk of TV rights money and lease the club’s retail arm Barcelona Licensing and Merchandising (BLM). Doing both of those things would generate a further £425m in order to spend freely. 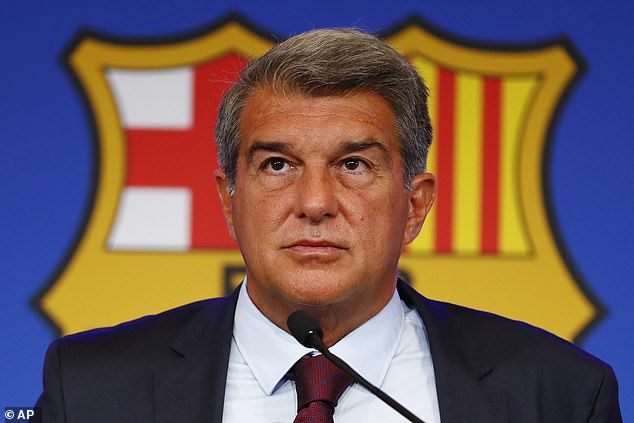 ‘We are working on getting the Financial Fair Play to sign players,’ Laporta said.

As things stand Barcelona can only buy if they sell players and even then they can only spend a quarter, or in some cases a third, of the money they generate from player sales.

One such sale could be Frenkie de Jong, with Barca in talks with Manchester United over a deal for the Dutch midfielder.

The club’s technical secretary Jordi Cruyff was also present at the Christensen presentation and admitted that Clement Lenglet’s move to Tottenham was almost complete.

Clement out and Christensen in leaves the new arrival from Chelsea competing with Gerard Pique, Ronald Araujo and Eric Garcia for a starting berth.

On Pique, Laporta said: ‘he is very clear about wanting to have a very good season. He is very motivated with the players who are arriving.’ 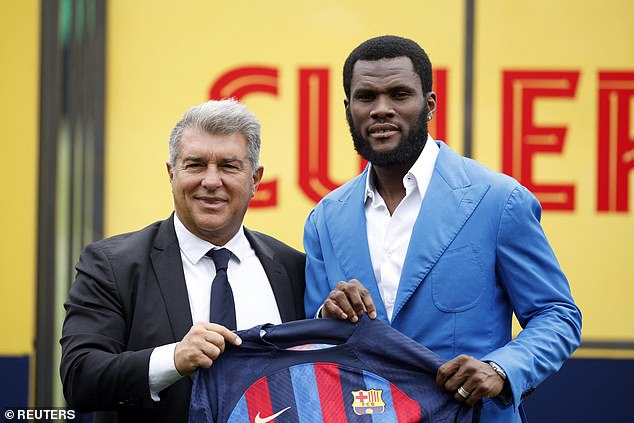