Barcelona coach Ernesto Valverde has praised Andre Gomes for speaking out about his struggles at the Catalan club.

The midfielder recently said he felt ashamed of his performances and was sometimes afraid to leave his house.

Gomes, who joined Barca from Valencia for a fee of up to €55million (£48m) in July 2016, has faced heavy criticism from media and supporters and told Spanish magazine Panenka that life at Barca had become a ‘bit of a hell’. 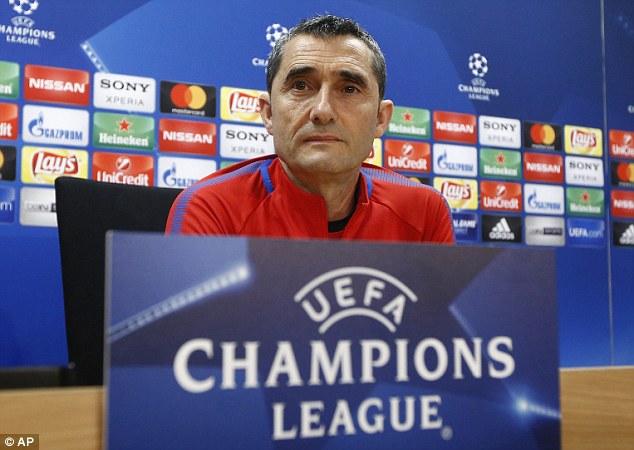 ‘It was an act of bravery to admit the things he said,’ Valverde said on Tuesday ahead of Barca’s Champions League last-16 second leg against Premier League champions Chelsea. The tie is finely poised at 1-1.

‘Every player and coach tries to hide any insecurities or weaknesses but we all have them and admitting them is brave. One should always face up to these things and move forward.

‘I know my players and I’ve spoken to him many times. The coach is always there to help in every sense.’

The Portugal midfielder has only started four Liga games this season and was booed at the Nou Camp when he came on in the 1-0 win over Atletico Madrid on March 4, prompting Valverde to admonish the home supporters. 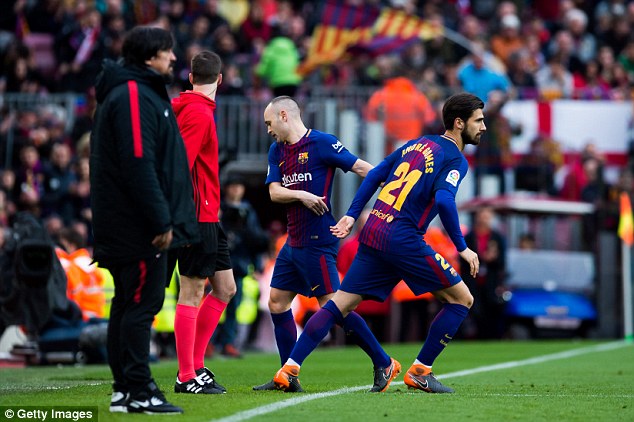 Gomes could be in line for a starting berth against Chelsea due to fitness concerns over Barca captain Andres Iniesta, who is recovering from a hamstring injury but took part in training on Monday and Tuesday.

‘If I think he is ready to play then he is,’ added Valverde. ‘You have to move on. Gomes has many qualities. He has to conquer the fans with his play, effort and quality. The team has to do that too. I’m sure the players and the fans will help the team and players to get through.’

Midfielder Sergio Busquets said Gomes had the full backing of his team mates and that he believed the 24-year-old could overcome his doubts against Chelsea. He also urged the supporters to get behind him. 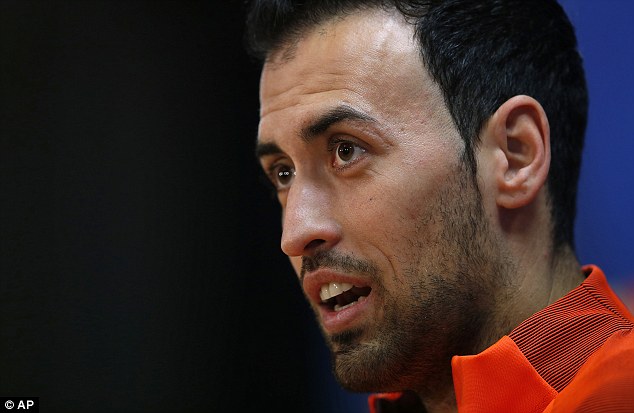 ‘We knew something was up but we didn’t know to what extent. We’ve tried to help him out but he’s the one who has to bring his problems home,’ Busquets said.

‘The players and the fans need to create a positive atmosphere and turn this negativity into something good and become one. If we want to achieve important things we have to do it together.’

Chelsea knocked Barcelona out of the Champions League in their last visit to the Nou Camp, drawing a semi-final second leg in 2012 2-2 and advancing to the final 3-2 on aggregate, where they won the trophy for the only time in their history.