Patrick Bamford has revealed that Ousmane Dembele is a ‘massive fan’ of Leeds United and has asked for his and Kalvin Phillips’ shirts because he ‘watches every game’.

The Yorkshire club’s striker made the revelation on the Leeds United Podcast after team-mate Ilan Meslier requested Bamford’s jersey while away on international duty with France.

Meslier, who is a part of France’s Under 21 squad, was asked by the £136million star if he could get Bamford’s shirt – much to the surprise of Bamford. 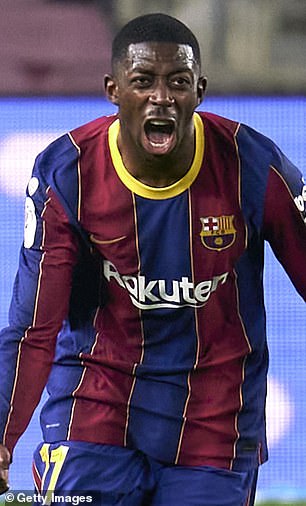 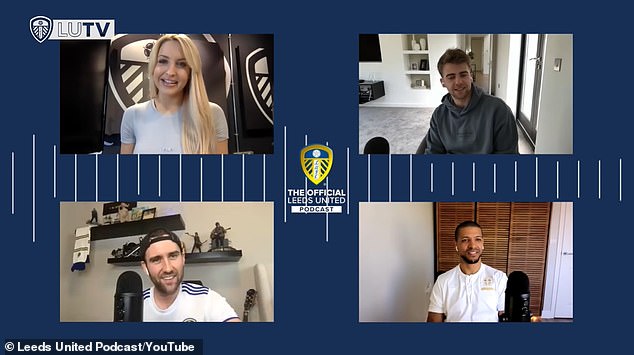 ‘I was like “what, he wants my shirt?” and he was like “yeah, he wants yours and Kalvin’s shirts because he’s a massive fan of Leeds and watches every game”.

‘I was like “you serious?” and I said “okay, but you’ve got to get me his shirt then in return”, so he FaceTimed me at midnight the other day and showed me this Barcelona shirt that says “to my bro Bamford, from Dembele”.’ 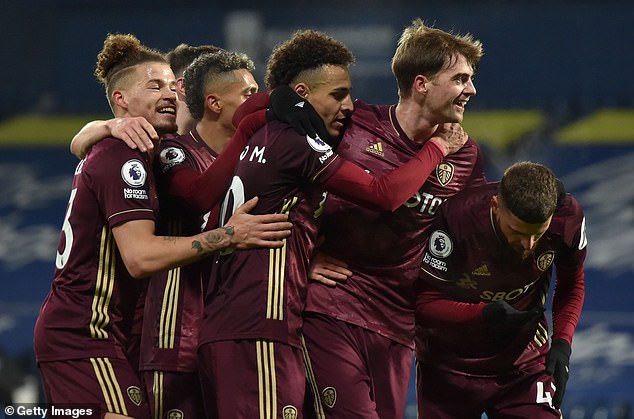 Along with Bamford’s top, Dembele wants Kalvin Phillips’ (left) shirt to add to his collection

This isn’t the first time that Dembele has shown a key interest in English football.

While away with France at the 2018 World Cup, Dembele created an English club on the popular football simulator game ‘Football Manager’ and promised to guide them to Premier League glory.

And the forward isn’t the only superstar footballer to support the Yorkshire club.

Erling Haaland, who’s father Alfg-Inge Haaland played for Leeds, was born in the city and had revealed in the past that it is his ‘dream’ to win the Premier League at the club.