The Argentina international has had an impressive Copa America so far and has guided his nation to the semi-finals, where they will face Brazil on Wednesday.

His performances have now caught the attention of the Catalan giants, who are preparing to pay his £100million release cause to bring him to the Nou Camp this summer, according to Corriere dello Sport.

The Italian news outlet claim that Martinez’s relationship with Lionel Messi for Argentina could also prove to be a big factor in a move for Barcelona.

While reports suggest the Spanish champions are ready to make a move, Martinez’s agent, Alberto Yaque, has insisted that there has been no contact as of yet.

Yaque told Passione Inter: ‘I heard the rumours about Barcelona because the truth is nobody has spoken to us. 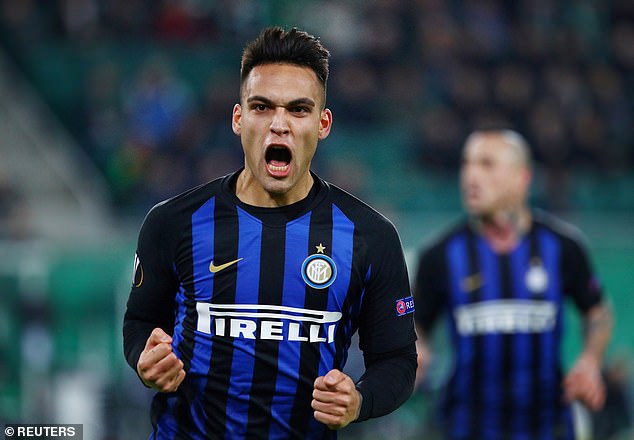 Since arriving at Inter last summer, the 21-year-old has scored nine goals in 35 appearances 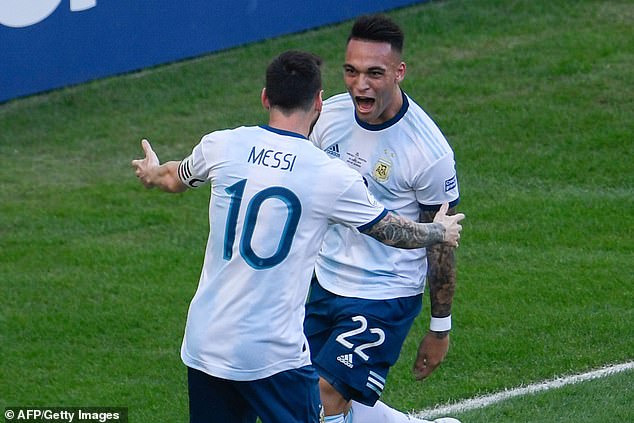 ‘It’s only rumours at this stage. I have no idea how Inter would react, you’d need to ask them. If he’s happy in Milan? That’s something only he can say.’

‘Lautaro is happy at Inter but he wants to play and that’s logical,’ added Yaque when speaking to Fox Sports.

Martinez completed his £12m move to Inter from Racing Club last summer and has since gone on to score nine times in 35 appearances.