Barcelona wonderkid Pedri beats English trio Bukayo Saka, Jude Bellingham and Mason Greenwood to the Golden Boy award as he becomes the first player from the Spanish giants to win since Lionel Messi in 2005

Barcelona teenager Pedri has won the European Golden Boy award after a remarkable calendar year for the Catalans and Spain.

The 18-year-old midfielder played over 50 times in his first season for the LaLiga giants last term, before going on to be a key player for the Spanish national team at the European Championships and Olympic Games over the summer.

Pedri is now the first Barcelona player to win the award since Lionel Messi picked up the prize in 2005 and joins the likes of Kylian Mbappe and Erling Braut Haaland in claiming the honour in recent years. 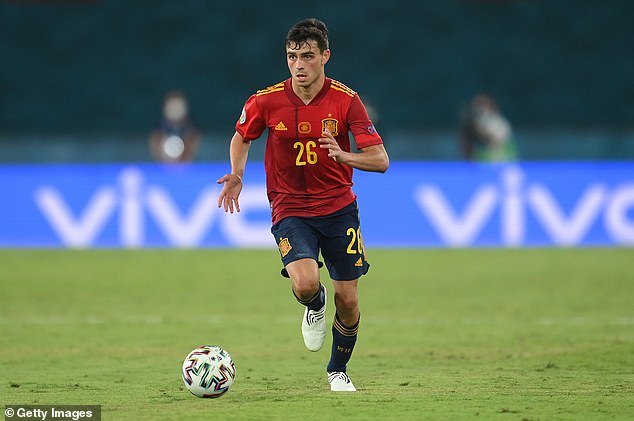 The Golden Boy award is voted by the top 40 journalists in Europe and director Xavier Jacobelli claimed 24 of the reporters named Pedri as their first choice.

‘It is a deserved triumph,’ the Tuttosport director said. ‘The Canarian boy, who succeeds the Norwegian Erling Haaland, has beaten the competition by some distance.’

Pedri added: ‘I thank Tuttosport for this trophy, which makes me proud. Thanks also to all the members of the jury and the fans who have always supported me in this simply incredible 2021 for me.

‘And of course, many thanks to Barca, the national team, my family, my friends and obviously to all those who have been close to me day after day. Without them I would not have been able to win the Golden Boy award.’ 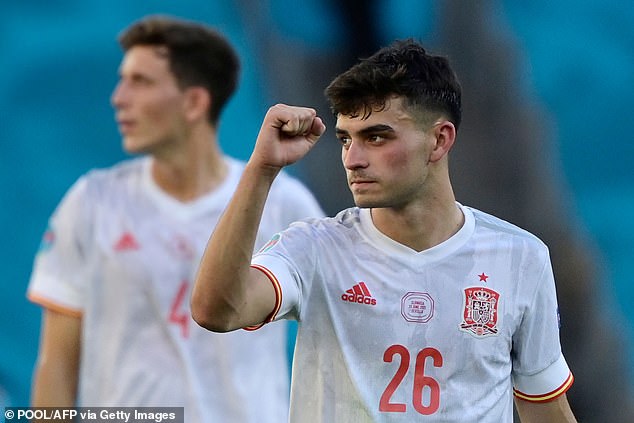 ALL THE GOLDEN BOY WINNERS

The Spanish teenager has been a bright spark in a disappointing calendar year for Barcelona, though the 18-year-old picked up his first major club honour in the Copa del Rey back in April.

His performances for the Catalans earned him a call-up to Luis Enrique’s Spain squad for Euro 2020, with Pedri starting every single game as La Roja made it to the semi-finals where they were beaten by eventual winners Italy.

A few days after the semi-final loss to the Azzurri, the 18-year-old joined up with Spain’s Olympic Games squad and played in every single game in that tournament as the national team were beaten by Brazil in the final.

The midfielder’s extravagant summer plans resulted in him picking up an injury in just the second game of Barcelona’s season this term – with Pedri last featuring for the Catalans in late September.

In Pedri’s absence, Barcelona underwent their worst start to a LaLiga season in 34 years, which led to the sacking of former boss Ronald Koeman.

Catalans legend Xavi, who like Pedri is a former graduate of Barcelona’s La Masia academy, has taken over the reigns and won his first match in charge via a 1-0 derby win over local rivals Espanyol.