Barcelona could secure their place in the knockout stages of the Champions League on Tuesday night in what coach Ernesto Valverde admits will be an emotional return to his former club Olympiacos.

Valverde earned himself a place in Olympiacos’ folklore after leading the club to three league titles and two domestic cups during two spells in charge between 2008 and 2012, and he is set to receive a warm welcome from his former fans at the Stadio Georgios Karaiskakis.

The 53-year-old put his current side through their paces in Piraeus on Monday and is looking forward to the occasion but, with Barca close to a last-16 berth, he knows that it is on-field events which take precedence. 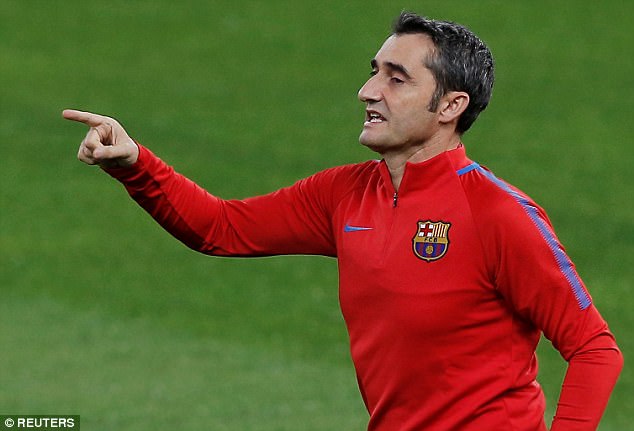 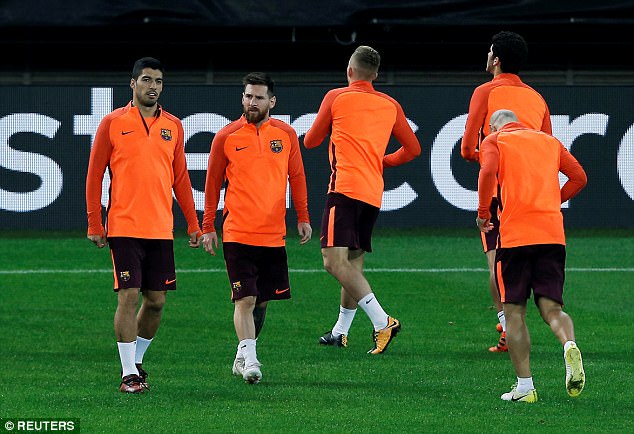 He told a press conference: ‘It’s emotional to come here to Athens, to this stadium, for what it has meant to me and for what is at stake.

‘Even though they (Olympiacos fans) will give me a good reception, I’m sure they will be right behind their team.

‘I’ve always felt respect from the people here in Greece, even the most bitter rivals of Olympiacos have been really nice to me. They defend their teams with fervour but they’ve been really respectful of me.’ 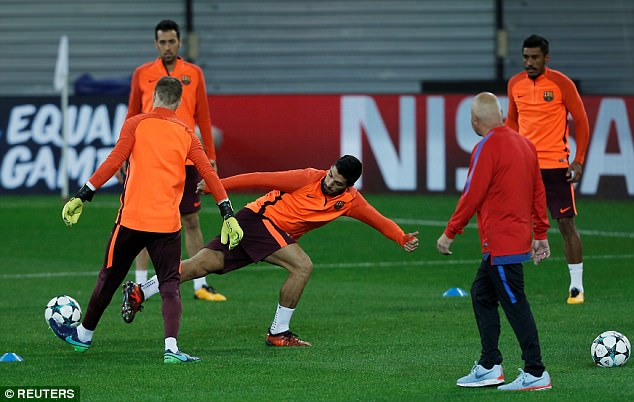 Barca head into the match boasting a three-point lead at the top of Group D after winning their opening three matches and will qualify for the next phase if results go their way.

Even a draw in Greece could be enough for Valverde’s in-form side, providing second-placed Juventus defeat third-placed Sporting Lisbon.

Barca are without centre-back Gerard Pique through suspension following his red card in the 3-1 win over Olympiacos a fortnight ago, while Andres Iniesta, Ousmane Dembele, Rafinha and Arda Turan are all injured and Javier Mascherano is a doubt.

Olympiacos coach Takis Lemonis has fewer selection concerns, with Brazilian forward Seba a fitness query, but he has plenty of other problems going into the game. 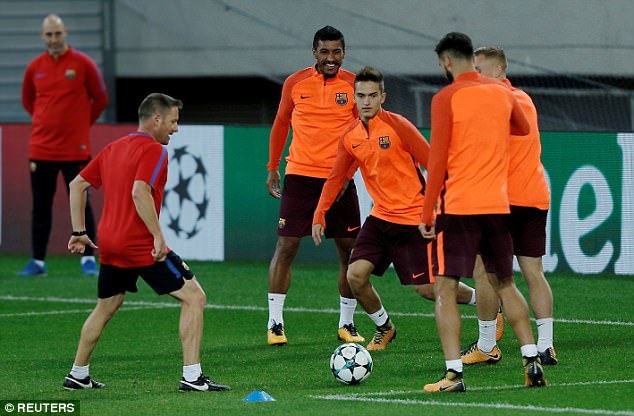 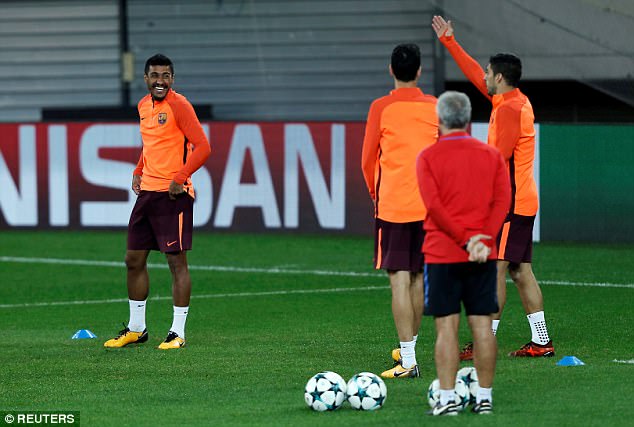 The Greek champions have lost all three of their Group D games so far and could see any slim chance of a top-two finish ended by defeat.

On top of that, they have won just four of their last 12 matches in all competitions and were beaten 1-0 by arch-rivals Panathinaikos on Saturday.

Lemonis hopes the visit of five-time European champions Barcelona can spark a revival, though, telling a press conference: ‘It’s a positive to play against a great team to try and get our confidence back.

‘There’s nothing better in a footballer’s career than to play against such a great team, it’s almost a dream for all the players.’

Olympiacos captain Kostas Fortounis added: ‘It’s one of the most difficult games of the season. We know how difficult it is to play against Barcelona, but with the support of our fans we will try to play well and get a positive result.’