‘I have the impression that the Champions League is already a Super League’: Barcelona’s Ernesto Valverde hails competition’s capacity to thrill after 1-1 draw at Inter Milan

Barcelona coach Ernesto Valverde hailed the Champions League’s capacity to thrill after his side’s electrifying 1-1 draw with Inter Milan on Tuesday, saying there was no need for a European Super League.

With a combined eight European Cup wins between them, the game at the San Siro was the main attraction of Europe’s elite competition this week and the fixture certainly lived up to expectations.

Inter captain Mauro Icardi snatched a draw for the Italians with an 87th-minute equaliser after Malcom had given an impressive Barca a late lead in an end-to-end game.

Barca still qualified for the last 16 of the competition for a 15th consecutive year, while Inter need only draw their next fixture with Tottenham Hotspur to join the Catalans in the knockout stages.

‘I have the impression that the Champions League is already a Super League,’ Valverde told a news conference.

‘We saw a real spectacle tonight on the pitch and in the stands. These games are top-quality events — tonight’s, our game at Wembley (a thrilling 4-2 win over Tottenham Hotspur in October)…’

German magazine Der Spiegel and a network of international media reported last week that plans for a Super League, involving clubs such as Barcelona, Real Madrid and Manchester United were back on the table.

Citing leaked documents, the reports claim a fresh plan had recently been drafted which foresees 11 top European clubs creating a Super League in 2021.

According to Der Spiegel, the 16-team Super League would replace the Champions League and would feature 11 ‘founders’ — including Barca and Real — who could not be relegated for the first 20 years, plus five ‘guests’, including Inter. 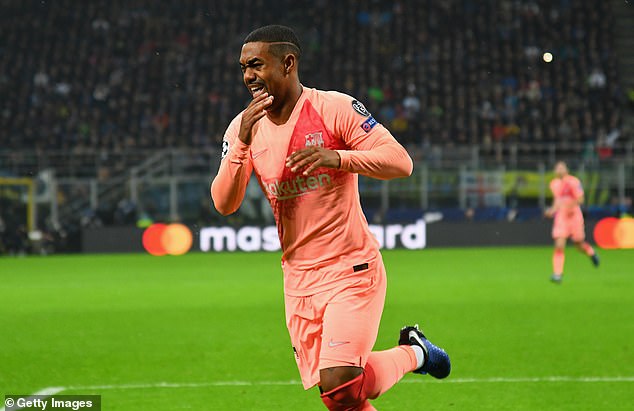 Inter coach Luciano Spalletti went on the defence when it was suggested his side, back in the Champions League this season for the first time since the 2011-12 campaign, would not be a fundamental part of the proposed Super League.

‘Inter is a team with a lot of history, a lot of power and with passionate supporters who make a real impact, as we saw tonight,’ he said.

‘We would deserve to be there.’ 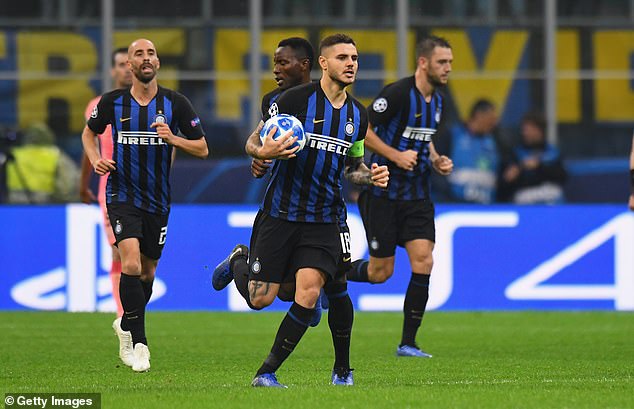