Barcelona have defender Samuel Umtiti has tested positive for coronavirus – but the Frenchman has not travelled for their Champions League quarter-final against Bayern Munich.

The Catalan giants confirmed the news in a statement published on their website after the club’s latest Covid-19 tests were conducted on Thursday.

Barcelona announced the France international – who was not selected in their match-squad for Friday evening’s clash – is asymptomatic and is now in self-isolation. 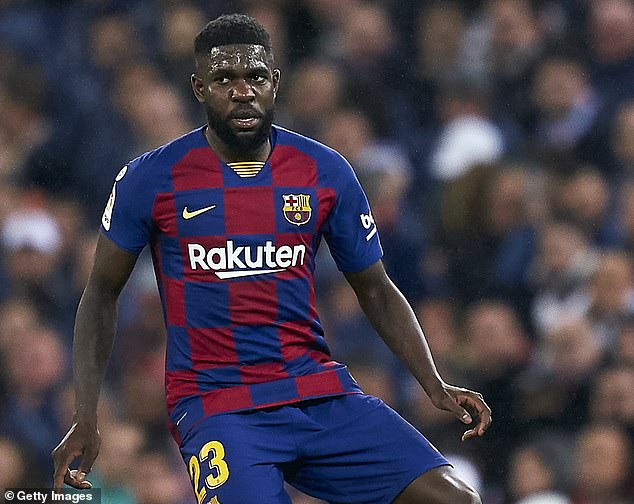 The news comes just a couple of days after Umtiti’s Barcelona team-mate and compatriot Jean-Clair Todibo also confirmed he had tested positive for Covid-19.

A statement read: ‘After the PCR tests carried out on Thursday the first team player Samuel Umtiti has tested positive for Covid-19. The players is asymptomatic, is in good health and is isolating at home.

‘The club has informed the relevant sporting and health authorities as well as tracing all the people who have had contact with the player so that they can undergo the corresponding PCR tests.’ 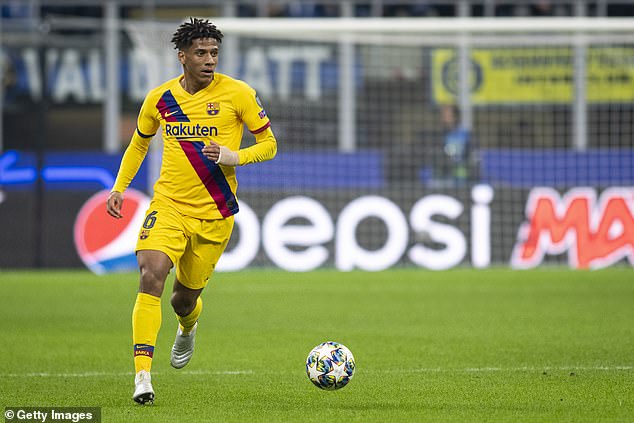 Just like Todibo –  who spent the second half of last season on loan at Schalke – Umtiti was not called by Quique Setien for their Champions League tie as he continues to recover from a knee injury.

The 26-year-old centre-back has been blighted by persistent knee problems over the course of the last two seasons and is back on the sidelines following a fresh blow last month.

Umtiti did not feature in Barcelona’s last six games of the 2019-20 LaLiga season, with his last game for the club coming in their damaging 2-2 draw away at Celta Vigo. 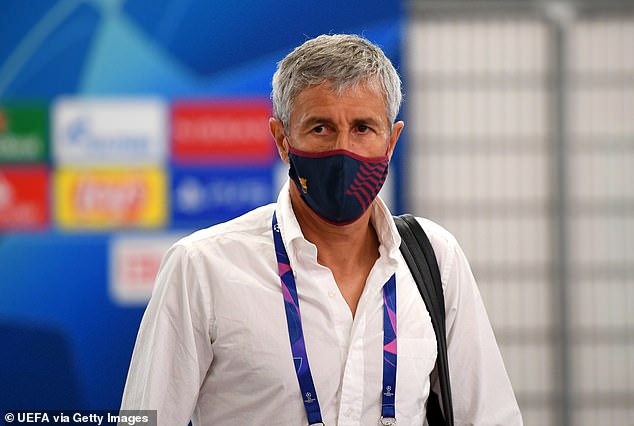 And Barcelona boss Setien appeared to be concerned with his injury after admitting last month he does not know when he will return.

Setien said: ‘He is in an acute process with his problem.Not even the doctors know how long he will be out.’

Umtiti joined Barcelona from Lyon in 2016 and enjoyed success in his first two seasons at the club, but has managed just 27 LaLiga matches in Barcelona’s latest two campaigns. 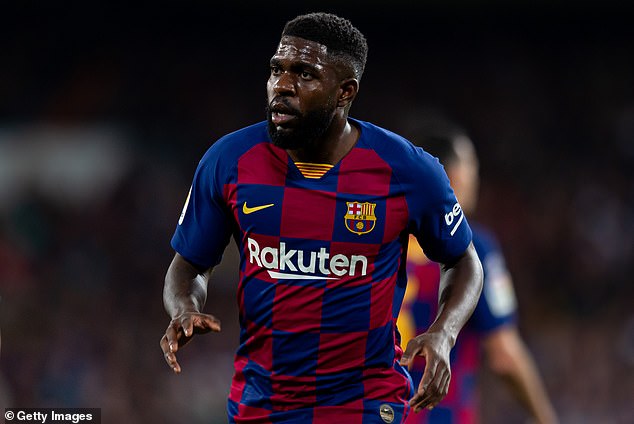