‘Barefoot Bandit’, 28, is denied request to end his probation so he can become a public speaker

Colton Harris-Moore, 28, was denied by a federal judge when he sought an early end to his probation. He is seen in an undated file photo

The man who became infamously known worldwide as the ‘Barefoot Bandit’ for a massive two-year crime spree won’t be able to end his probation early so that he can earn money abroad as a motivational speaker.

Colton Harris-Moore, 28, is currently on supervised release after serving a prison sentence for 67 state and federal crimes, including theft of cars, speedboats, and airplanes.

A federal judge in Seattle on Friday denied Harris-Moore’s request to be let out of supervised release so that he could earn at least $10,000 per speech in countries like France, China, and South Korea.

Harris-Moore claimed in his court filing last month that he was a changed man and that the supervised release has prevented him from pursuing lucrative opportunities, according to The Seattle Times.

He is due to complete his sentence this coming September.

His lawyer, Colleen Hartl, argued in court that continuing probation would be a waste of the court’s resources.

She also claimed that Harris-Moore was told by his probation officer that he was being treated differently than others because of his fame. 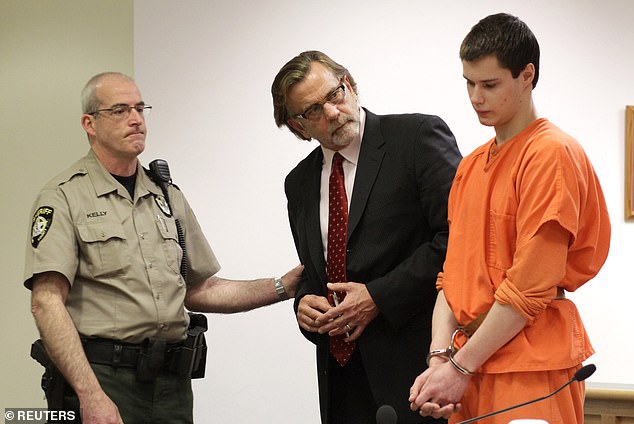 Harris-Moore (seen far right with his lawyer, John Henry Browne, in December 2011) is due to end his three-year federal probation in September 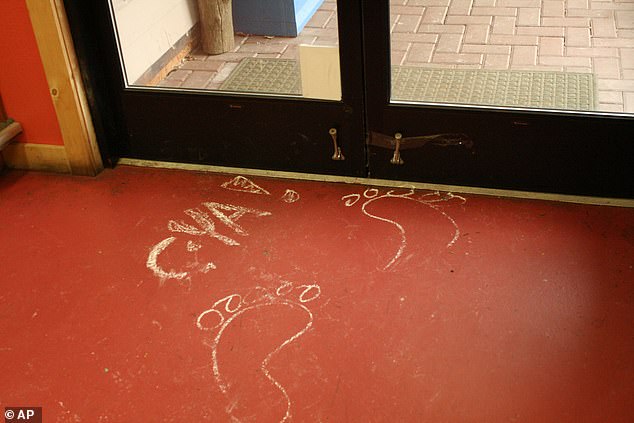 Harris-Moore gained notoriety as the ‘Barefoot Bandit’ for committing a series of burglaries and thefts and then leaving chalk drawings of his bare feet (like those shown above in a market in Orcas Island, Washington after it was broken into in February 2010)

Hartl told the court that Harris-Moore is trying to move beyond the ‘barefoot bandit’ persona.

‘The “Barefoot Bandit” has not been his identity or reality for over 10 years.

‘If the purpose of probation is to reintegrate the offender back into society as a productive, law-abiding citizen, that’s been done.

‘Probation has nothing left to offer him.’

Hartl complained in her court filing last month that it took months for the probation officer to process and eventually deny a request by Harris-Moore to be relocated to Arizona last year.

But federal prosecutors refuted claims made by Harris-Moore’s attorney. 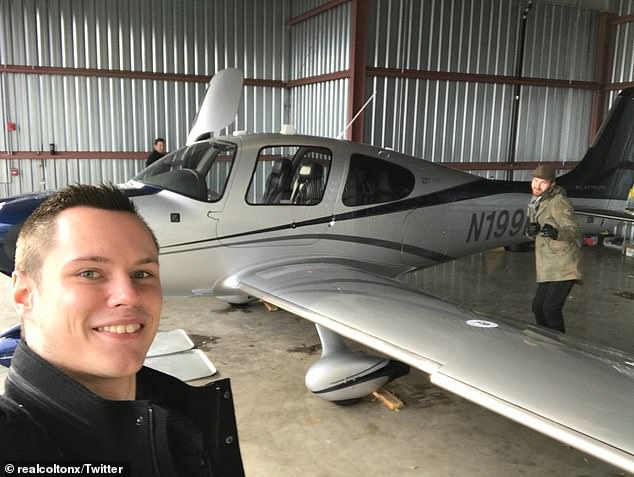 They said that Harris-Moore was denied a chance to move to Arizona because he has no ties to the state and had never visited.

Michael Dion, the assistant U.S. attorney, said that Harris-Moore has been the beneficiary of his notoriety.

He noted that Harris-Moore received more than $1million for the rights to his life story – most of which was used to pay the roughly $1.3million he was ordered to give his victims as restitution.

According to Dion, most convicted felons would need to spend their whole lives working to pay off that debt. 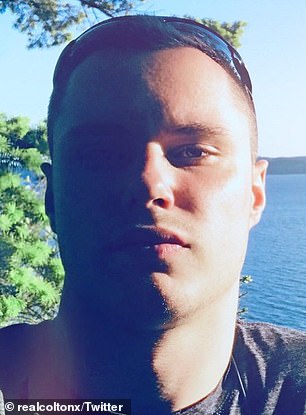 Harris-Moore claims he could earn at least $10,000 per speaking engagement in countries like China, France, and South Korea

‘Assuming that people really would pay Mr. Harris-Moore a $20,000 speaking fee, that is because of his persona,’ Dion told the court.

‘Other people on supervision have their own compelling stories, full of struggles, hardships, mistakes, successes, and hopes.

‘But nobody will pay them to speak, because they are not The Barefoot Bandit… Mr. Harris-Moore committed dozens of dangerous and destructive crimes.

‘These also happened to be unusual, interesting crimes that caught the attention of the press and turned Mr. Harris-Moore into an outlaw hero.

‘He may regret what he did, but he should not deny that he continues to benefit from that persona.’

U.S. District Court Judge Richard A. Jones denied Harris-Moore’s request because he says he failed to offer proof that he was indeed getting opportunities to work as a motivational speaker.

Jones also said that Harris-Moore failed to ask his probation officer for permission to travel to speaking engagements, which should be the first step in the process.

In his ruling on Friday, Jones said it was ‘noble’ of Harris-Moore to want to pay off restitution sooner, but the convicted felon ‘fails to appreciate that another way to serve as an example to others is to satisfy his complete sentence for the myriad of egregious crimes he committed and damage he did to the lives of a number of victims.’

‘Upon completion of his entire sentence and continued effort to deliver on his promise to make everyone whole, Mr. Harris-Moore can shed the “Barefoot Bandit” moniker and instead be known as Colton Harris-Moore, the role model for having turned his life of challenges into a success story to inspire others,’ the judge wrote in his ruling.

In 2012, Harris-Moore was sentenced to six years in prison and three years of supervisory probation.

As a youth, Harris-Moore was brought up by an alcoholic mother and a series of her convict boyfriends.

Harris-Moore’s first conviction came at age 12, in 2004, for possession of stolen property, and his first experience with burglary came when he broke into the homes of his classmates to steal food because his mother spent most of her Social Security income on beer and cigarettes — something she has denied.

Over the next three years he was convicted of theft, burglary, malicious mischief and assault, among other crimes.

In 2007, the boy was sentenced to three years in a juvenile lockup after pleading guilty to three burglary counts in Island County.

But he fled the minimum-security facility in April 2008 and was soon back to his old tricks, breaking into unoccupied vacation homes, stealing food and sometimes staying there. 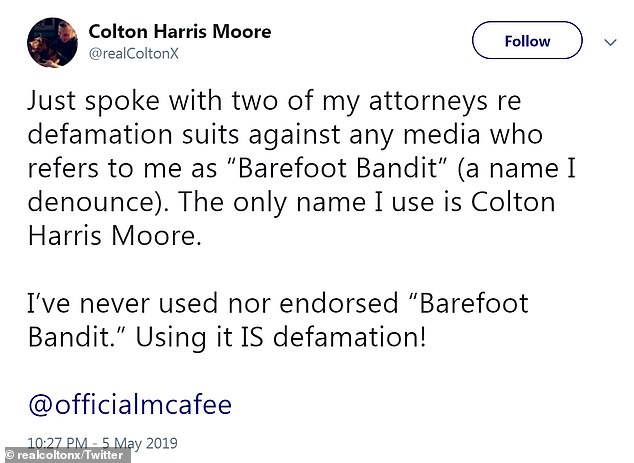 Some of the crimes were committed barefoot, which is where he got the moniker.

As red-faced investigators repeatedly failed to catch him, his antics escalated: He began stealing planes from small, rural airports and crash-landing them — at least five in all.

Waves of burglaries broke out on Orcas Island, where Kyle Ater runs his Homegrown Market and Deli, in late 2009 and in early 2010, after stolen planes were found at the airport there.

Harris-Moore’s final spree came after he stole a pistol in eastern British Columbia and took a plane from a hangar in Idaho, where investigators found bare footprints on the floor and wall.

That plane crashed near Granite Falls, Washington, after it ran out of fuel.

He made his way to Oregon in a 32-foot boat stolen in southwestern Washington – stopping first to leave $100 at an animal shelter in Raymond, Washington.

From Oregon, authorities said, Harris-Moore traveled across the United States, frequently stealing cars from the parking lots of small airports.

In Indiana, he stole another plane and made for the Bahamas, more than 1,000 miles away, where authorities finally caught him in a manhunt that spanned multiple islands.