Barnaby Joyce’s pregnant lover oversaw less than one Facebook post a day during her two-month stint as a ‘social media adviser’ for The Nationals – a role created just for her.

Vikki Campion, 33, left her partner’s office at the height of their affair last year, continuing with The Nationals in a $191,000 role in the office of the Deputy Prime Minister’s close friend and Minister for Resources, Matt Canavan.

When Mr Canavan’s status as a dual Italian citizen briefly ended his time in parliament last July, Ms Campion – a former journalist – was moved again, this time to work for the Member for Murray Damian Drum.

At Drum’s office at Shepparton, in north-east Victoria, Ms Campion continued in the ‘digital and social media strategy’ role she started with Mr Canavan, with a salary believed to be well over $100,000.

But in October, just two months into her stint with the Victorian MP, she took stress leave and never returned to the role – at which time Ms Campion had contributed just 51 Facebook posts for her six-figure taxpayer-funded salary. 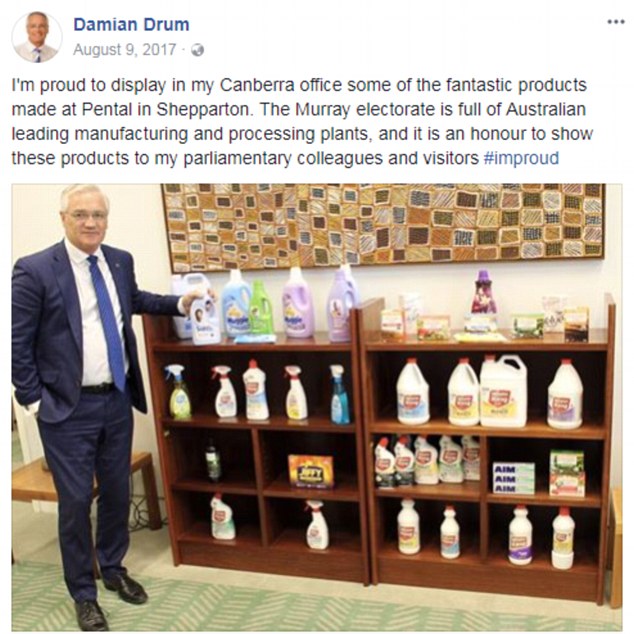 The 33-year-old moved to the office of Damian Drum (pictured) in August, but stayed in her job just two months before leaving the taxpayer-funded role on ‘stress leave’

Daily Mail Australia is not suggesting posting onto Facebook was Ms Campion’s sole responsibility, but neither Ms Campion or Mr Drum’s office responded to requests on what tasks her role involved.

Most of these were videos of the MP giving prepared messages or photos of him at local events or meeting with high-profile political and sporting figures.

A total of 25 posts, mainly videos, were also automatically shared to his Twitter feed.

Among the posts made under Ms Campion’s watch was a photo next to footy legend James Hird and another of Mr Drum posing awkwardly in front of cleaning products.

It is understood Ms Campion was paid an annual salary of up to $191,000 when she worked for Senator Canavan, with access to extra allowances because of her standing as a ‘senior adviser’.

These included entitlements of $24,600 in a ‘private-plated vehicle’ allowance and a ‘parliamentary staff allowance’ of $31,600 as part of her role, it has been reported.

Mr Drum’s office would not reveal Ms Campion’s salary but has previously admitted she was his highest paid adviser. 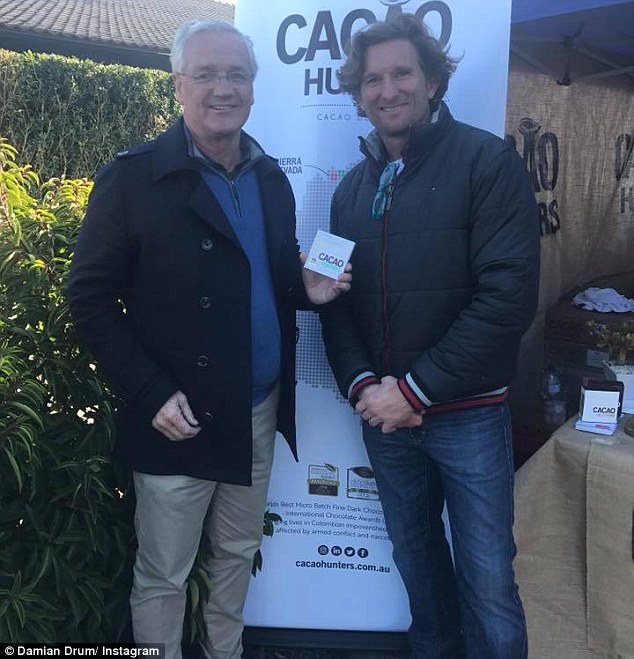 The majority of Mr Drum’s Facebook posts while Ms Campion worked with him were messages being delivered via video, or photos of him at local events or meeting with high profile political and sporting figures, such as James Hird (right) 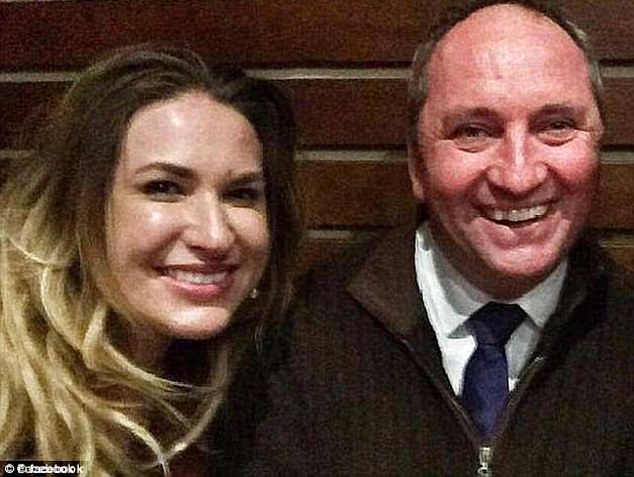 Mr Joyce and Ms Campion are expecting a child in April, it will be Mr Joyce’s fifth child 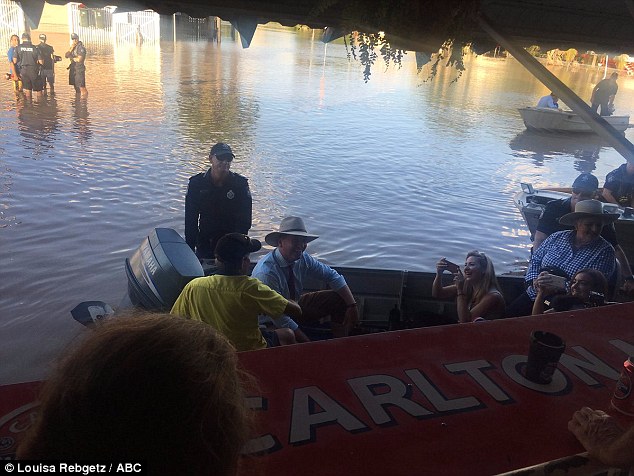 Prior to working in the offices of Mr Canavan and Mr Drum, the former journalist was a media adviser for Mr Joyce (pictured)

In October, Ms Campion – who was by that stage pregnant with Mr Joyce’s child – left her job on stress leave and later settled on a redundancy payout.

In the wake of Ms Campion and Mr Joyce’s scandal becoming public, it was revealed the taxpayer-funded role given to the former journalist was created specifically for her.

But when quizzed about whether he knew of the pair’s affair when Ms Campion was ongoing when she joined his office, Mr Drum claimed he thought it was over.

When asked if it was a breach of the Ministerial Code for a Minister’s partner to get a job in the Nationals office, Mr Drum told the ABC:  ‘Certainly not.’

‘What we were mainly talking about was the work that she was going to do for us.

‘I suppose what you have to ask is when does a causal relationship become a regular relationship?

‘When does that become a formal relationship? When does it become a girlfriend?’ 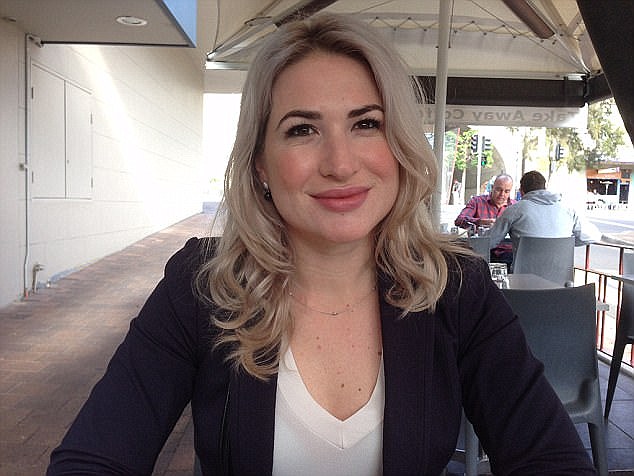 In October, Ms Campion – who was by that stage pregnant with Mr Joyce’s child – left her job in Mr Drum’s office on stress leave and later settled on a redundancy payout 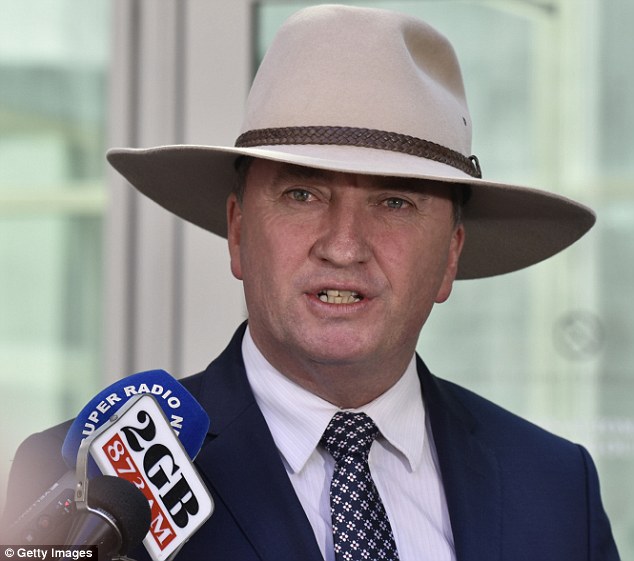 It comes as Mr Joyce faces a tough fight to keep his job as Nationals leader, with one of the party’s state branches publicly stating they no longer support him

July – Campion leaves her $191,000 job in Mr Canavan’s office after he quits frontbench over citizenship. She temporarily goes back to Joyce’s office

August – Campion moves to Damian Drum’s office in a social media adviser position specially created for her. He already has a media adviser. In this time she oversees just 50 posts to Facebook

Prime Minister Malcolm Turnbull is reportedly reassured by Joyce the relationship with Campion is over. Drum says he was told the same thing. Former Joyce chief of staff Di Hallam takes up a senior position with the Inland Rail project

It comes as Mr Joyce faces a tough fight to keep his job as Nationals leader, with one of the party’s state branches publicly stating they no longer support him.

The statement came in the wake of crisis talks between executives from Queensland, New South Wales, Victoria, Western Australia and the federal body late on Monday.

‘Mr Joyce’s actions have caused pain for his family but it is the ongoing damage Mr Joyce is causing The Nationals organisation that is of greatest concern to me as WA Leader,’ the statement said.

‘The Nationals brand across regional Western Australia has suffered as a result of Mr Joyce’s actions and he has become a distraction at both Federal and State level.

‘It is the view of the Parliamentary National Party of Western Australia that Mr Joyce’s position as Federal Leader is no longer tenable.’ 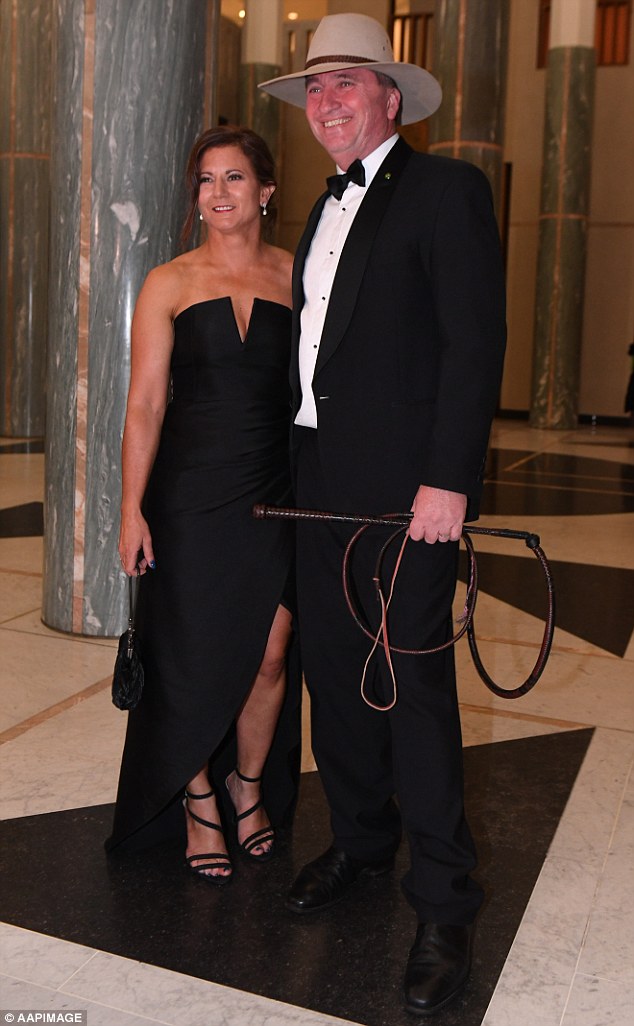