Apprentice judge Karren Brady has appeared in person to support her millionaire developer dad in court as he battles against a builder over an unpaid £1.5 million bill.

The West Ham Utd vice-chairman, 49, sat next to father Terry as the court heard how he had missed 60 payments in the process of transforming his run-down printing works into luxury homes in north London.

As one of Britain’s highest profile businesswomen, Baroness Brady of Knightsbridge listened as her father was accused of failing to pay sub-contractor Rishipal Singh – despite eventually selling the 33-property development for £19 million.

Mr Brady, who is fighting the case in the High Court, could face a bill of almost £3.5 million in lost earnings and legal costs if the judge rules against him.

The court heard how 73-year-old Mr Brady – who was once valued at £50 million – made his fortune from his printing firm Alito Colour, based at his Islington print works. 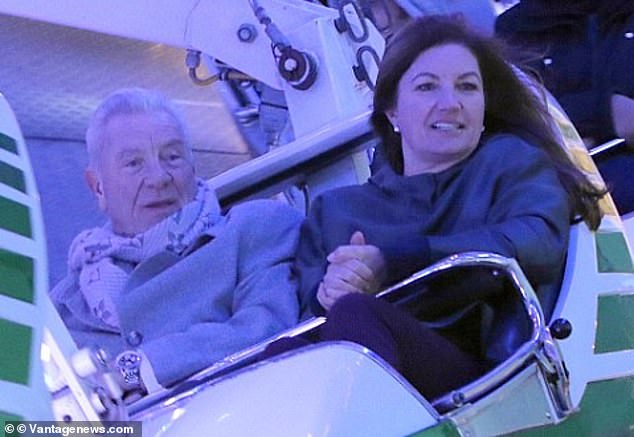 Karren Brady, right, and her father Terry, left, enjoy a day out at Winter Wonderland in London 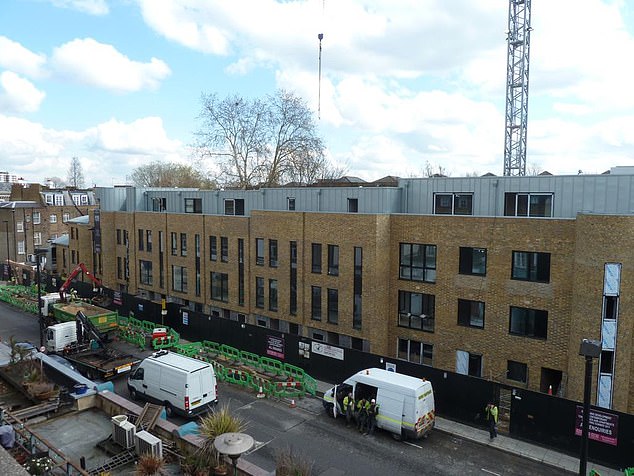 He stepped down from the print business but kept the sprawling industrial unit after production was transferred to another site in east London.

The High Court was told how his property firm, Terry Brady Developments, ran out of cash during the 2011 – 2012 building project and Mr Singh ended up removing his windows and doors from the site when Mr Brady failed to pay his bill.

Mr Singh told the court: ‘I have set out the difficulties in relation to payment and valuations in some detail because they form the context in which [we] removed the windows, vents and internal doors from the site.

‘In all Mr Brady breached over 60 payment deadlines or agreements that he owed to the claimants.

‘In fact, as far as I am aware, Mr Brady never made a single payment in line with his contractual obligations.’ 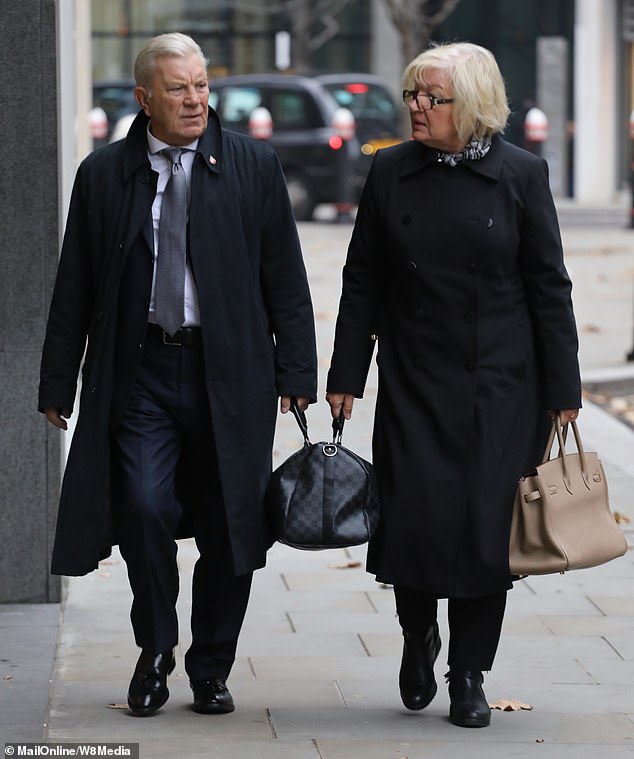 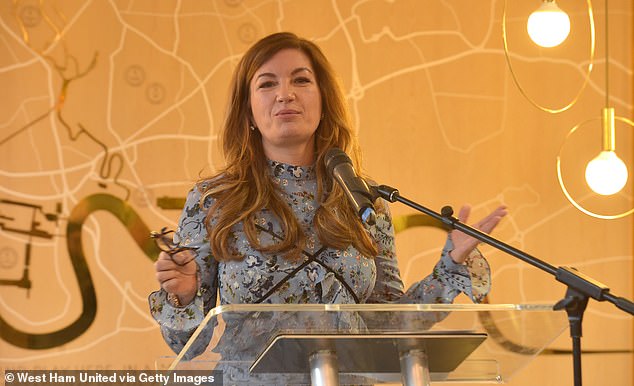 Baroness Karren Brady speaks at a West Ham United event. She is vice-chairman of the club 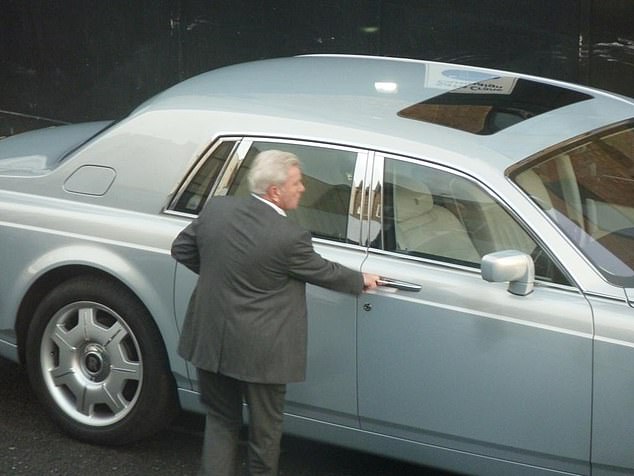 Terry Brady entering a silver Rolls Royce. The tycoon made his money in the printing business

Mr Singh is demanding a massive £2.25 million in lost payments and interest, after he claims he was forced to borrow money at an eye-watering interest rate of ten per cent a month to keep his own companies a float.

However Mr Brady claims he was forced to sign the contracts, for ‘excessive sums’ and ‘under duress’ as part of a ‘fraudulent conspiracy’ between Mr Singh and his own surveyor, Richard Pierce.

Taking the stand today, Mr Brady – described in court as a ‘self-made man’ who knows ‘how to turn a pound note’ – said he believed he had been ripped off by both men when he discovered they worked from the same office.

Wearing a dark blue suit, a white shirt with cuff-links and a silver tie, the retired businessman told the court: ‘Mr Singh and Mr Pierce… were engaged in a dishonest conspiracy in the tender process.’

‘I put it to you that there was an understanding between you [Pierce] and Mr Singh that in return for you helping him there would be in due course a benefit for you,’ his barrister, Anthony Spate, QC, told the Technology and Construction Court. 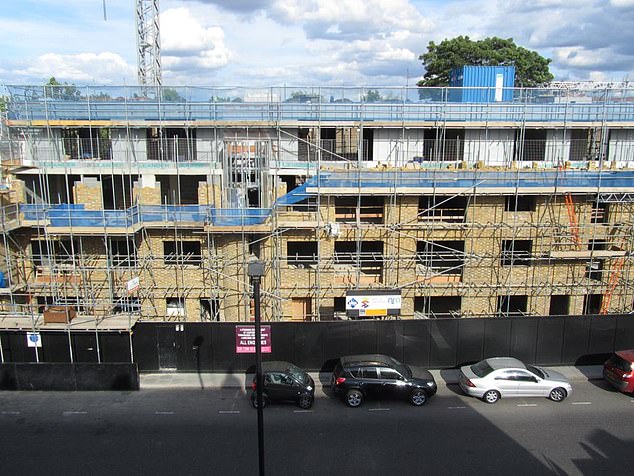 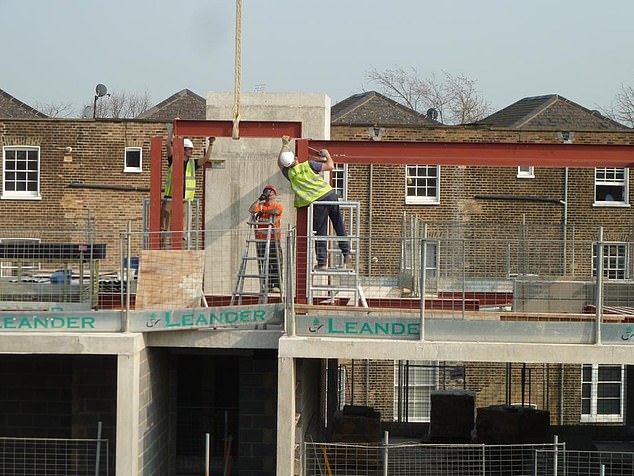 The High Court was told how his property firm, Terry Brady Developments, ran out of cash 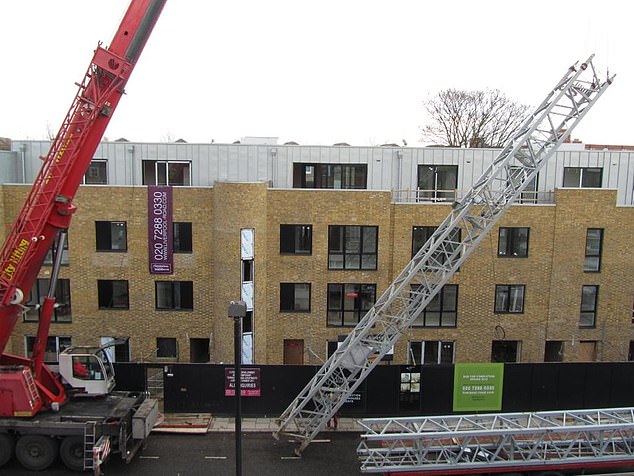 Mr Brady could face a bill of almost £3.5 million in lost earnings and legal costs

Mr Pierce, who although employed by Mr Brady to oversee the huge building project appeared as a ‘cut-throat’ witness against his former employer, and told the High Court: ‘I totally reject that’.

He added: ‘Brady thought sub-contractors could not afford lengthy litigation and he was confident he could strike a deal [with Singh to pay less than sums agreed in the contracts].’

The four-storey development in Liverpool Road, Islington, is a mixture of high-end London town-houses valued at up to £2 million each, luxury duplex apartments worth in excess of £1 million as well as social housing flats. 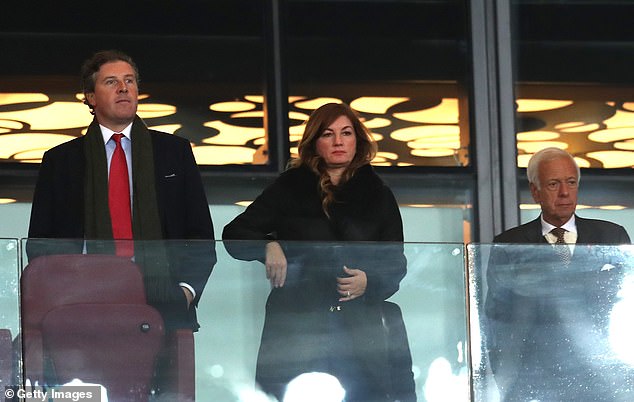 Mr Brady followed his entrepreneur daughter into the world of football, becoming chairman of Swindon Town FC in 2000.

He quit just months later and became a non-executive director or Portsmouth FC in 2004 for three years.

During a whirlwind business career, Baroness Brady took control of bankrupt Birmingham City FC aged just 23. She first appeared on The Apprentice as a celebrity contestant in 2007. After being awarded a CBE in 2013, she was elevated to the House of Lords the same year.

She now appears on The Apprentice as a judge, alongside Alan Sugar.