Barron Trump goes to airport in his OWN Secret Service car

Barron Trump boarded Air Force One with his parents on Monday afternoon after enjoying a weekend away with his half-siblings at his family’s Mar-a-Lago estate.

The 11-year-old son of President Donald Trump and First Lady Melania arrived at Palm Beach International Airport in West Palm Beach, Florida, in his own Secret Service vehicle before he was photographed on the tarmac with his parents.

All together: Barron Trump was seen boarding Air Force One with his parents on Monday afternoon 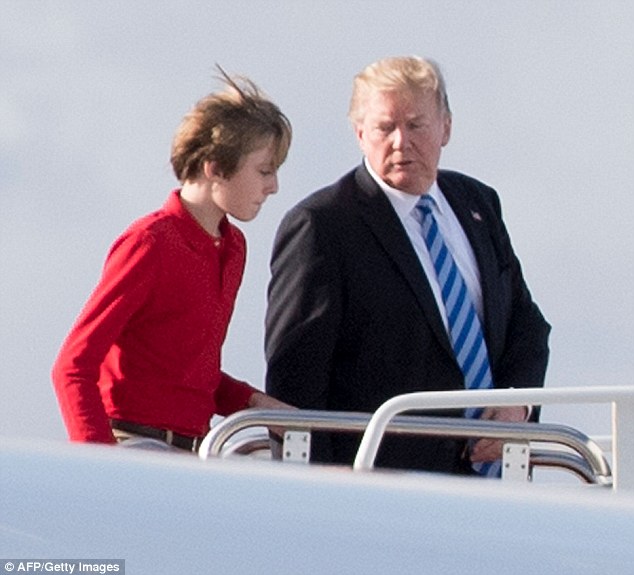 : Barron’s father, President Donald Trump, waited for him at the top of the steps 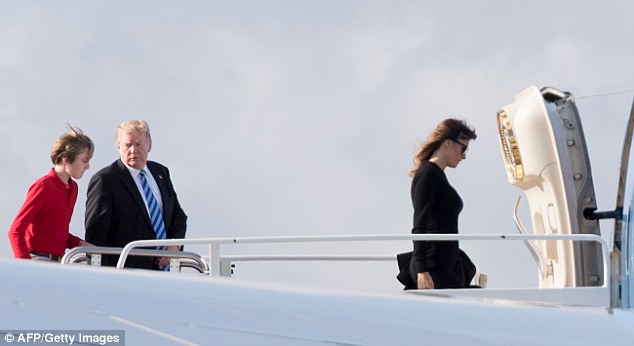 Heading in: Barron’s mother, First Lady Melania, was the first to step on to the aircraft at Palm Beach International Airport in West Palm Beach, Florida

Footage shows Trump’s youngest child arriving at the airport in a white SUV before a Secret Service agent walked him to his parents, who had pulled up ahead of him in a black SUV.

The president, however, was a bit more dressed up, wearing a suit, a blue striped tie, and an American flag pin in his lapel for the trip home.

As the president and first lady stepped out of their SUV, a Secret Service agent walked Barron to his parents, who were the first to board Air Force one.

Barron trailed behind them as they made their way up the steps, and his dad stopped to wait for him at the top. Before stepping into the aircraft, Trump took a moment to wave to everyone below. 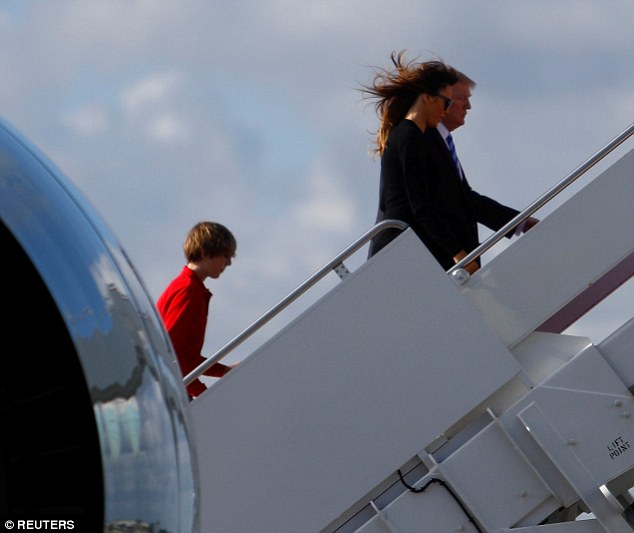 Falling behind: Barron trailed behind his parents as they made their way up the steps 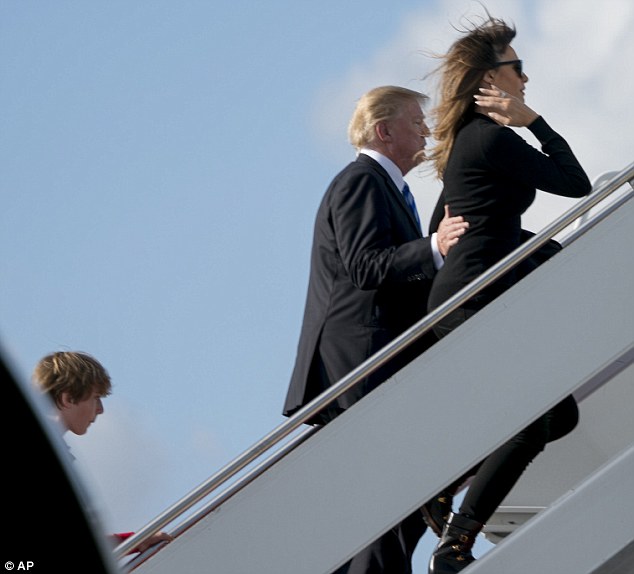 Moment of affection: Trump put his hand on Melania’s back as they walked up the steps together 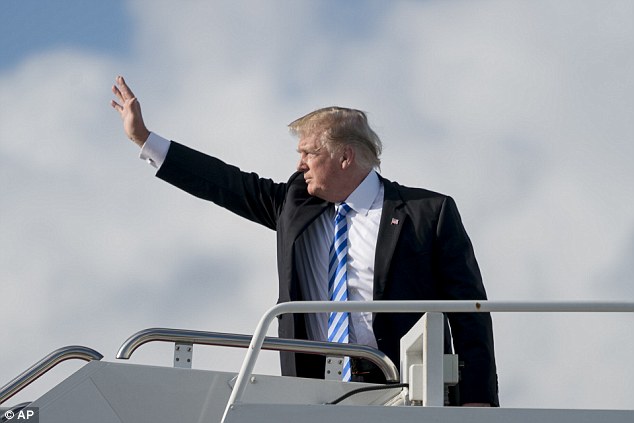 One last goodbye: Trump gave a wave to the people below before the aircraft took off 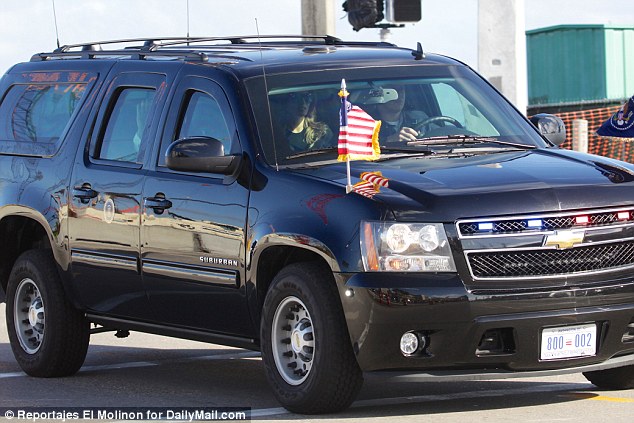 Separate cars: The president and first lady arrived at the airport in a black SUV, while their son Barron was driven in a white SUV 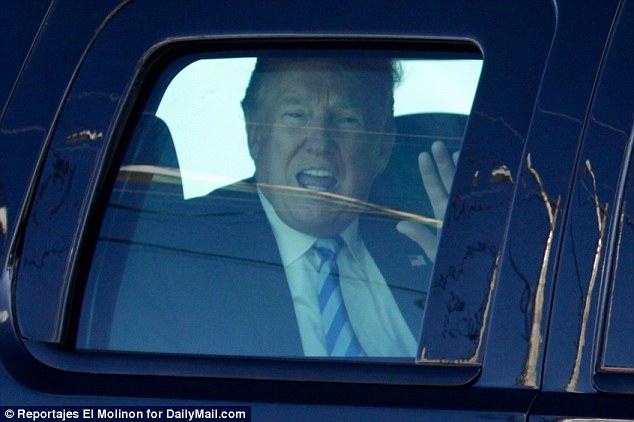 Happy to be there: Trump waved through the window of the SUV when he arrived

It’s unclear when Barron met his parents in Mar-a-Lago, as his mother was seen boarding Air Force One by herself on Friday, before she and the president departed to Florida.

Upon their arrival in Florida, the first couple stopped at the Broward County Sheriff’s Office and Broward Health North Hospital trauma center to visit with victims who were injured in the school shooting in Parkland on Wednesday.

They departed the hospital in the motorcade at 7:15 p.m., according to a pool log by a New York Times reporter.

Barron wasn’t the only Trump child who traveled to Florida to spend President’s Day weekend with him in Florida. 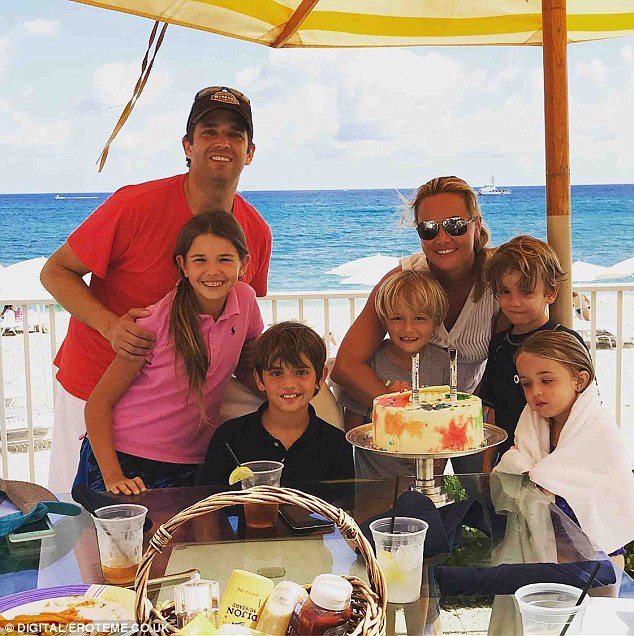 Family: Barron’s half-brother Donald Trump Jr. traveled to Mar-a-Lago with his wife Vanessa and their five children. They celebrated Donald Trump III’s birthday at the resort on Sunday 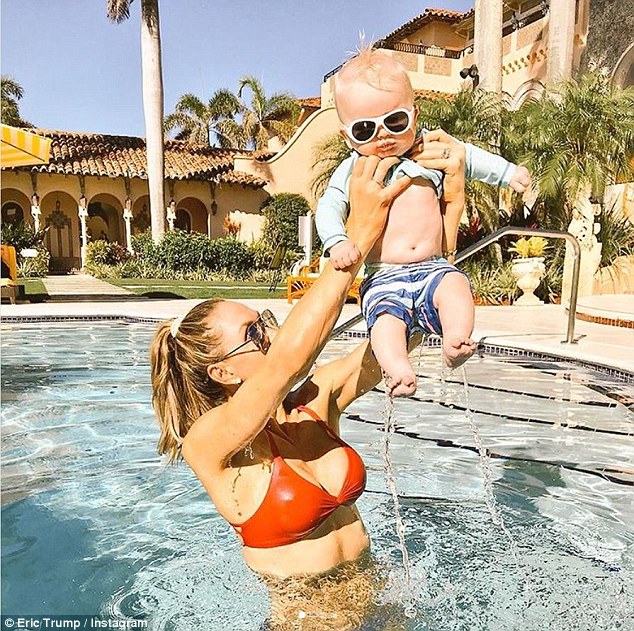 Pool time: Eric Trump and his wife Lara were also at the estate with their five-month-old son Luke 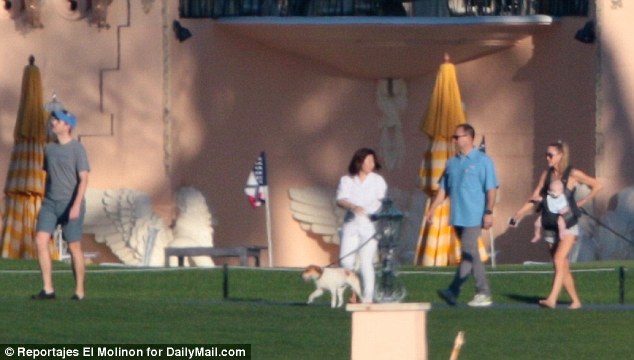 Day out: Eric (far left) and Lara (far right) were seen walking around the estate on Saturday 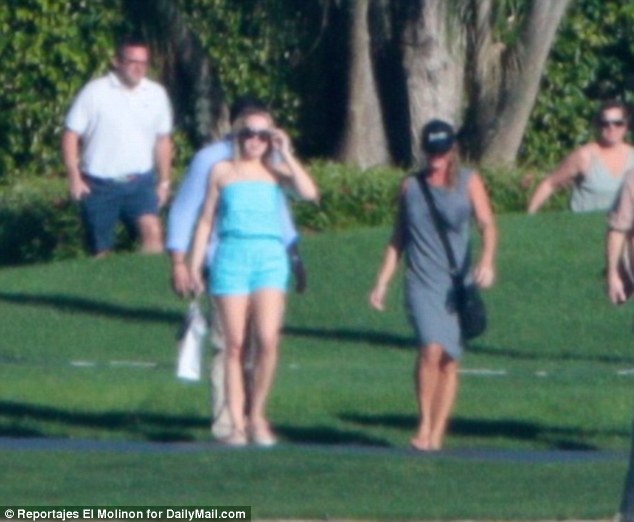 Out and about: Tiffany Trump, the president’s only child with his second ex-wife Marla Maples, was also at Mar-a-Lago for the long weekend 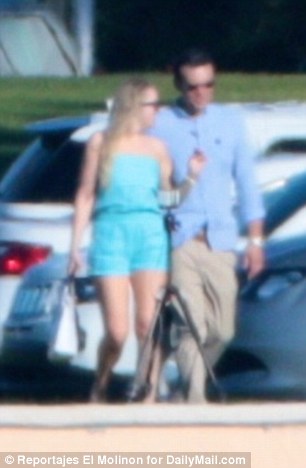 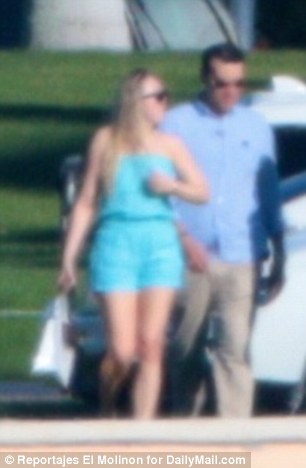 Fun in the sun: The 24-year-old law student was seen wearing an aqua strapless romper on Saturday 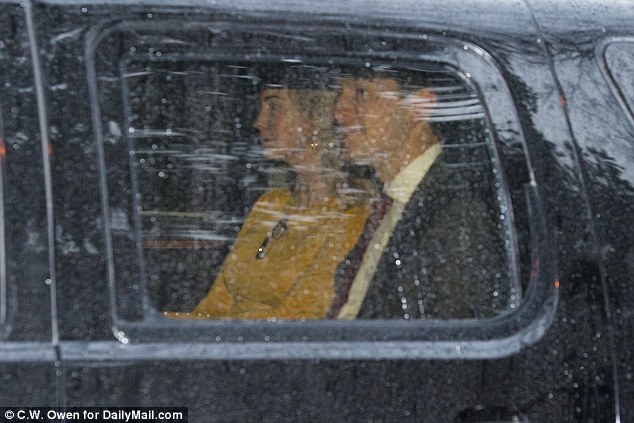 Missing out? Ivanka Trump, who didn’t appear to be visiting Mar-a-Lago, was seen leaving her Washington, D.C. home with her husband Jared Kushner on Friday morning

Donald Trump Jr., 40, his wife Vanessa, 40, and their five children enjoyed some fun in the sun at Mar-Lago, where they celebrated Donald Trump III’s ninth birthday on Sunday.

Donald Jr.’s younger brother Eric Trump, 34, stayed at the resort with his wife Lara, 35, and their five-month-old son Luke.

Tiffany Trump, the president’s only child with his second ex-wife Marla Maples, was also at Mar-a-Lago for the weekend.

The 24-year-old law student at Georgetown University was seen wearing a strapless aqua romper while walking around her father’s estate on Saturday afternoon.

The only one of Trump’s children who appeared to be missing was his 36-year-old daughter Ivanka, who was seen leaving her Washington, D.C. home with her husband Jared Kushner on Friday morning.