Barry Bennell victim is sure Gary Speed was abused by him

Two young lads, with the world at their feet, pose like the professional players they hope to become. At the back is Gary Speed, already marked out as a precocious talent.

In front of him is Mark Hazeldine, who shared Gary’s dreams of footballing glory.

Two boys, one team, same coach. What happened in the years after that photograph was taken gives it an almost unbearable poignancy.

Mark Hazeldine, a former teammate of Wales legend Gary Speed (both pictured)  hanged himself at the age of 36. Speed also hanged himself. Both were coached by Barry Bennell 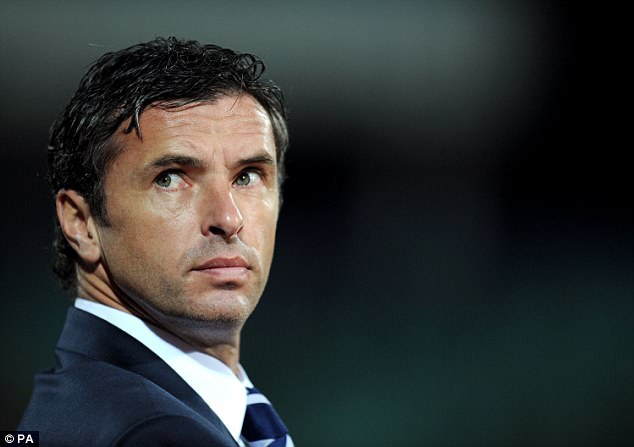 Gary Speed (pictured) committed suicide in 2011, after insisting to police he hadn’t been abused by Bennell during his time at Crewe 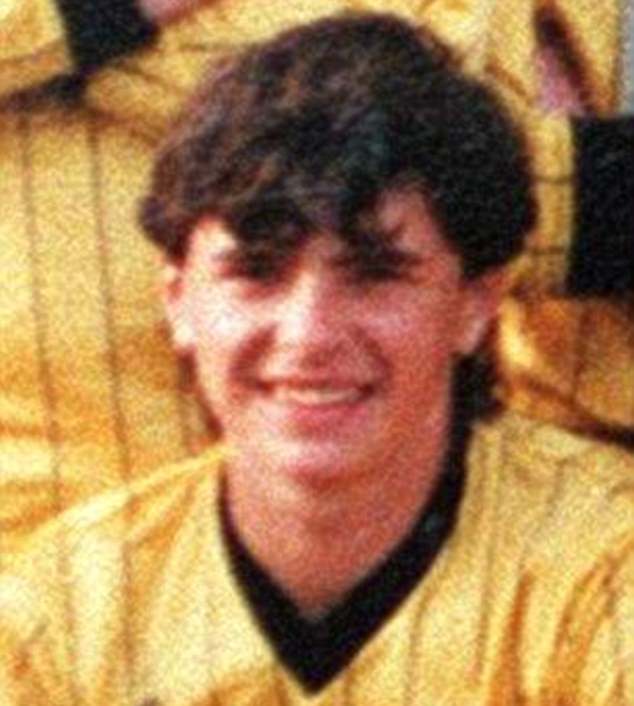 But a new documentary talks to one Bennell victim who claims Speed was in the same bed while he was being abused. Pictured: A 14-year-old Gary Speed

Five years later, on November 26, 2011, Gary Speed, the 42-year-old former captain, and then manager, of Wales, was found hanged in his garage.

Did Barry Bennell abuse them? If so, could the sexual abuse they’d suffered have been a factor in their deaths?

Our investigation, Wall of Silence – a documentary broadcast on Al Jazeera television and Channel 4 last night, drawing on over 20 years of research – suggests the answer to both is yes.

In 1997 I made a programme called Soccer’s Foul Play, for Channel 4’s Dispatches which broke the story of sexual abuse in football, and identified Bennell as one of three paedophile youth coaches at clubs in the UK.

We named Gary Speed as one of several stars discovered as youth players by Bennell, although there was no suggestion that Bennell had abused him.

Our findings suggested a fundamental failure in football to protect young players from predatory paedophiles, yet the programme went out to a deafening silence from players, clubs and the authorities.

Today I understand why. According to experts, most men who have been abused as children seem unable to talk about their experiences until they reach their forties.

Certainly, back in 1997, no professional players came forward to share what had happened to them as children. 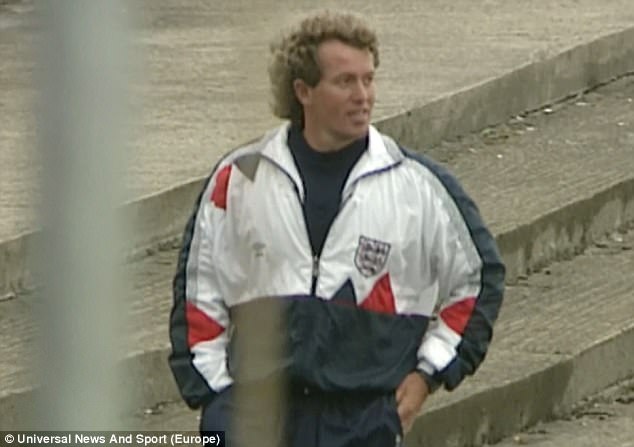 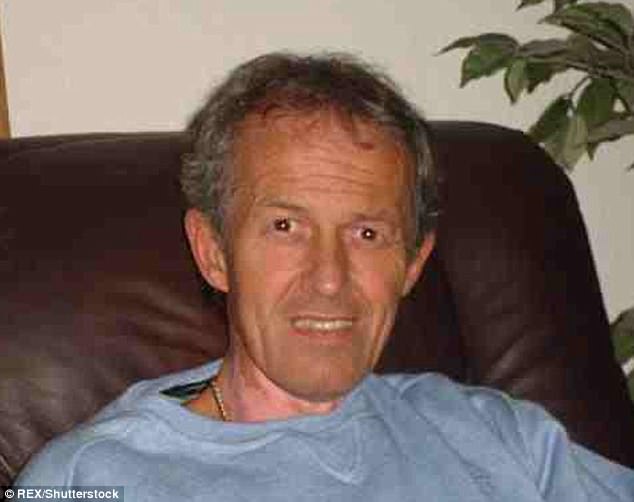 The former Crewe coach (pictured), 64, was today found guilty of the final seven of 50 child sex charges he will be sentenced for on Monday. It will be his fourth jail term for similar crimes

It wasn’t until November 2016 that ex-professional, Andy Woodward, then 43, gave a newspaper interview in which he revealed the horrific abuse that Bennell – by then a convicted paedophile – had inflicted on him as a child of 11.

His courageous action gave others strength to speak out, including his former Crewe team-mate Steve Walters, and then England caps, David White and Paul Stewart. Suddenly, it was a national scandal affecting players in clubs all over Britain.

That led to people to start wondering again about Gary Speed’s death.

Speed’s suicide had stunned the footballing world. A Premiership legend with Everton, Newcastle and Leeds, before managing Wales, he had been married for 15 years and was father to two sons. He had received the MBE, and was a regular TV pundit.

Why would such a glamorous, successful and respected man kill himself? Family and friends have been at a loss to explain it.

They have always dismissed suggestions he was abused by Bennell as a youngster and reiterated that in a statement last night.

Speed himself denied it on two occasions to police when Bennell was being investigated in the late Nineties. But then so did many other men who’ve since come forward to disclose childhood sexual abuse, unable to talk about it in their younger years.

Three weeks ago the rumours surfaced again when Speed was named at Liverpool Crown Court as one of four players, coached by Bennell as boys, who had killed themselves.

The implication was that Speed had indeed been one of Bennell’s victims, although the prosecution made clear that ‘there was no evidence… suggesting that [his] death was linked to Bennell’. Our findings, from several sources – including a tape broadcast for the first time – suggest differently. 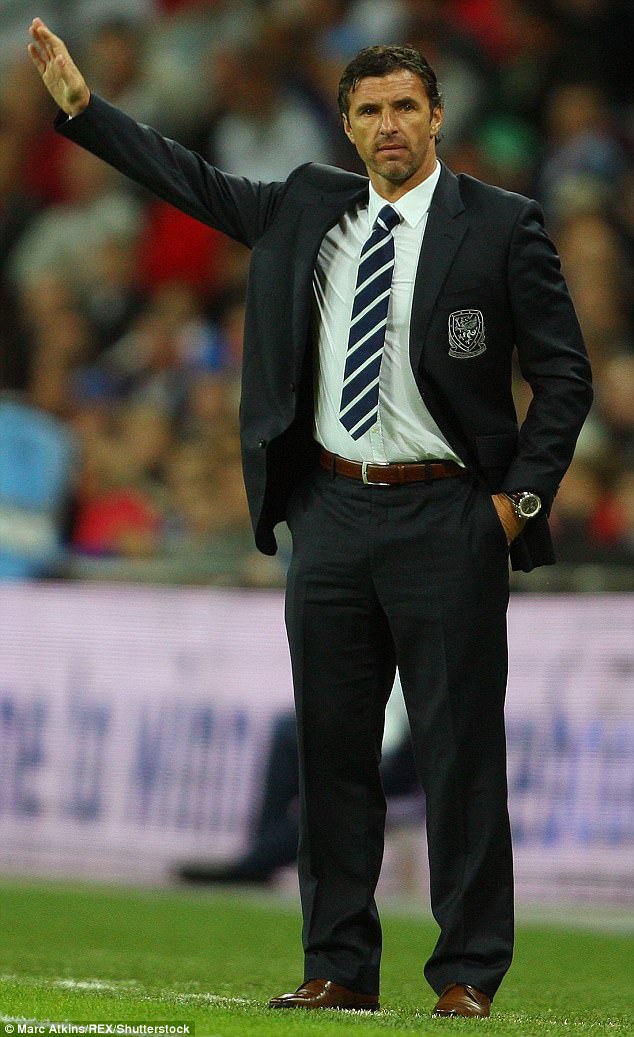 Gary Speed (pictured), happily married and former star at Newcastle, Leeds and Everton, was one of four men coached by Bennell who went on to die of either drink, drugs or suicide

In March 2012, four months after Speed’s death, Bennell spoke to a journalist unaware that he was being recorded.

‘You can’t have peace if you’ve killed someone,’ he says. ‘For me killing somebody’s what you’ve done to them because their life’s never the same.’

Asked specifically about Speed, Bennell says he may have referred to, ‘Gary being a bit special’.

That description alone provokes nightmarish memories for some of Bennell’s victims. The coach would call them ‘special’ when he showered them with gifts, took them on foreign trips – and then made them sleep in his bed where some were indecently assaulted and others raped. Bennell then denies anything happened with Speed, but adds ominously: ‘If I did, would I tell you? Then [I’d] be touted as the cause of his death.’

In Wall of Silence, Speed’s former boyhood team-mates speak from their own experience of being ‘a special one’ while being abused – and of seeing Gary treated in the same way. One man tells us: ‘Because I’d seen a pattern emerging with other young people, if you ask me I would tell you that Gary will have suffered abuse at the hands of Barry.’

Direct testimony comes from another man who describes Bennell’s vile habit of making two boys share his bed at the same time. ‘On a few occasions Gary was in the same bed. Barry would abuse one of us, then turn over and abuse the other. Basically the same process is happening to that other person.’ When I ask him if he’s certain that means Gary was being abused he says ‘100 per cent, well 99.9 per cent’.

Like Gary Speed’s family, Mark Hazeldine’s family have never known why Mark hanged himself. But his mother Margaret told me that it was while watching TV reports of Bennell’s arrest in late 2016 that she made the link. 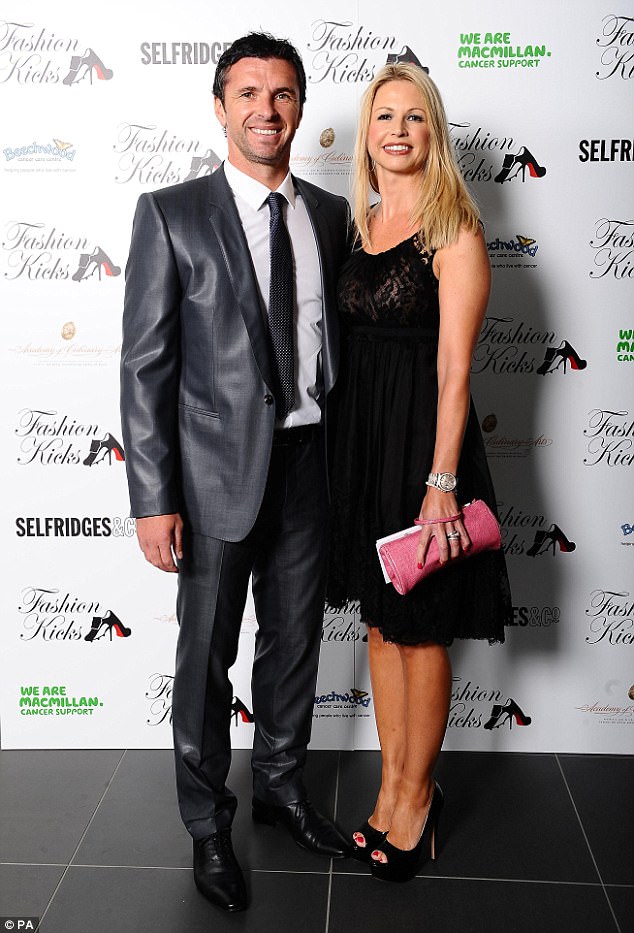 His 2012 inquest heard that he was was found hanged after rowing with his wife, Louise (pictured together in May 2011)

In 1982 Bennell took 12-year-old Mark on a football trip to Spain. ‘Straight away it came into my head that Mark went away with him and had something happened?’ she said.

When Mark returned, say friends, he was a changed boy. He became aggressive and turned to drink and drugs. Best friend Anthony Etches says: ‘I now believe Mark was repeatedly abused and so many years later he’s not been able to deal with it.’

For the programme we investigated two other deaths. One man told police he’d been abused by Bennell as a child. Before he could give a statement, he died, from problems linked to alcoholic liver disease.

Another, a former Crewe youth player died from a drug overdose at 20. He had been sacked after Bennell claimed he’d stolen money from the changing room. Other players confirmed they’d seen Bennell do that to punish those who tried to escape his advances.

What has struck me returning to this story 20 years on is the long-term psychological impact of such abuse. Almost every victim I spoke to has revealed suicidal thoughts.

Others talk of the overwhelming sense of guilt they’d felt as they watched Bennell groom younger boys to replace them and not spoken out; guilt for their fathers who’d delivered them for coaching to the door of a paedophile every weekend, guilt that they’d never been able to tell their partners the source of their nightmares.

And when all of that built into an unbearable weight, it is understandable that suicide – even for a brief moment – may have seemed the only way out.

But we couldn’t mention suicide without dealing with the rumours about Gary Speed and Mark Hazeldine. Many of Bennell’s victims tell me they hope he dies in jail and for them, that will be justice. But justice has been denied to those who’ve died.

Margaret Hazeldine says it goes beyond personal grief. ‘I am so angry at these people in the clubs for letting that go on,’ she said. She is right. There truly was a wall of silence protecting him.

Of course, no one can truly know what made Gary Speed take his life. His father has said it would be easier if the family understood why.

And one of the reasons that people agreed to speak to us about him was because they hoped – however difficult it might be to hear, and however much just one factor in the tangle of misery that leads to suicide – it might, at last, give his family some closure.

Deborah Davies is a reporter with Al Jazeera’s Investigative Unit.

■Samaritans can be contacted on 116 123 or through samaritans.org