A ‘gobsmacked’ woman has told how she fell pregnant within just weeks of trying a new fertility app after a year of heartbreak trying and failing to start a family.

Rebekah Knight, 25, a physiotherapist from Barry, Wales, had no medical reason to believe she couldn’t conceive, but began losing hope after months of negative pregnancy tests.

Eventually she came to accept that motherhood was not on the cards – until she discovered a bracelet – dubbed the ‘FertBit’ – that monitors heart rate and temperature to predict when is the perfect time to conceive.

Incredibly, Rebekah and her husband Blake, 26, fell pregnant within just a month of trying the Ava, and are now parents to six-week-old Benjamin.

Rebekah Knight, 25, from Barry Wales, tried for a baby for a year before falling pregnant with her son Benjamin, now six weeks

She said: ‘I was completely shocked. I’d seen so many negative tests for so long, I was absolutely gobsmacked when it was positive.

‘I went to wake my husband up and showed him one and then I immediately did three more tests so it was really exciting.’

The couple got married in July 2016 and decided to start trying for a family straight away, believing it would be easy for them.

But when she failed to conceive quickly, Rebekah began looking into methods that would help them along, and would spend hours on the internet looking for advice. 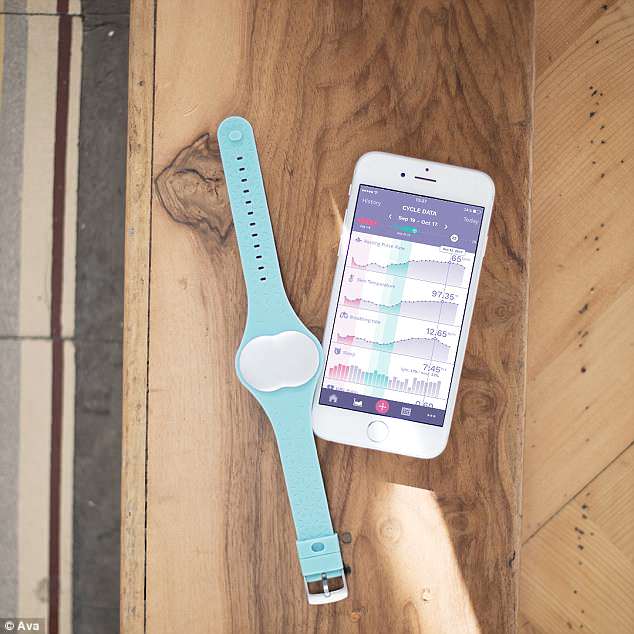 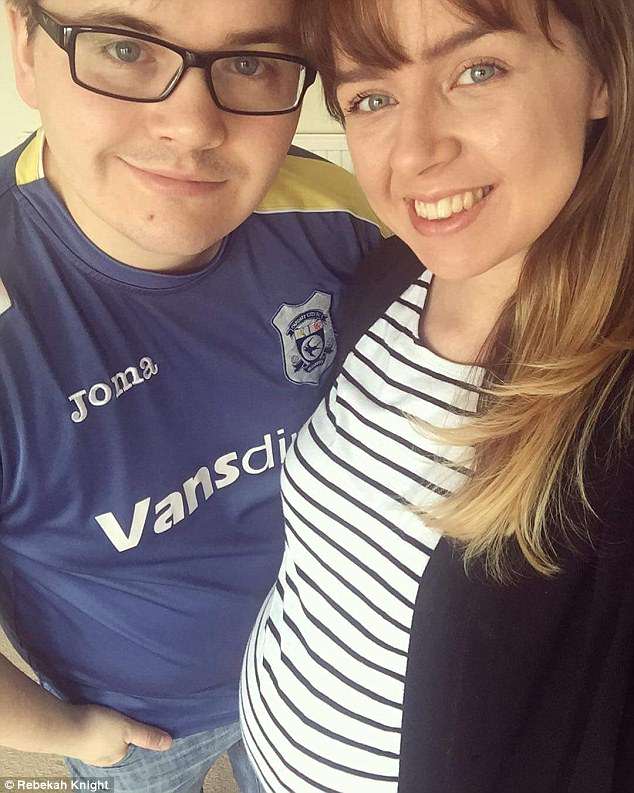 Rebekah and her husband Blake, 26, had started to believe that pregnancy would never happen for them

HOW DOES THE AVA FERTILITY WRISTBAND WORK?

The Ava Fertility Wristband monitors bioloigical signs that a woman is about to enter her fertile window.

Temperature – Skin temperature rises by about one half of a degree after ovulation, and remains elevated until your next period begins

Breathing rate – Breathing rate is higher in the luteal phase than in the follicular phase. Luteal phase is the phase of your menstrual cycle that begins after ovulation and ends the day before your next period

Heart rate variability ratio – The lower your HRV ratio, the less stressed you are.

Rebekah had tried apps that tracked her menstrual cycle and ovulation and used ovulation sticks every morning to take her temperature, but nothing was working.

Rebekah and her husband Blake went to the GP to see if there was any reason why they couldn’t conceive but all the routine tests suggested there was nothing wrong.

‘You have months you get really excited and hopeful, and then other months you feel really despondent about it and feel like it’s never going to happen,’ she continued,’ she said.

‘I was worrying if there was anything wrong, if there was some reason why it wasn’t happening. Some months you feel like you’ve tried everything, and then some months where you try and forget about it.

‘Everyone tells you to stop trying and just relax and it’ll happen and it doesn’t work like that.

The Ava app is connected to a wristband that is worn while you sleep to monitor all the different biological signs that point to a woman being in her fertile window. 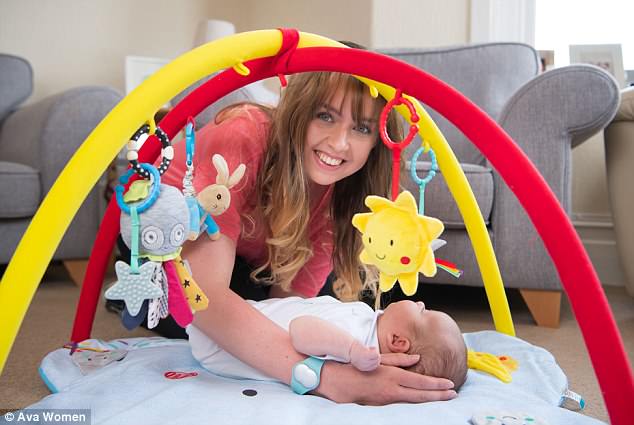 Rebekah opted to try Ava because it required less effort than the other techniques she was using to try and conceive, and only required her to sleep wearing the band.

Rebekah continued: ‘It’s so much less stressful than anything else I’ve tried, it really allows you to take your mind off it as much as you could really and just trust that Ava’s going to handle it. Your app’s going to tell you when it’s the best time.’

One of Rebekah’s friends joked that her wristband was like a Fitbit for fertility, jokingly dubbing it the ‘FertBit’.

Rebekah said she wanted to speak about her experience to raise awareness of fertility problems, which she believes still carry a stigma. 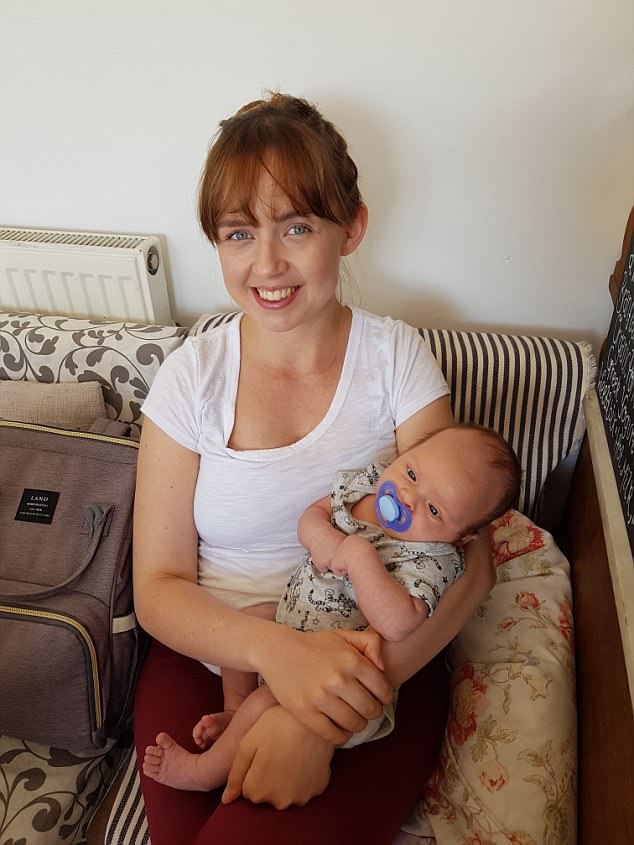 She said: ‘I think there’s a stigma, I think people just aren’t comfortable to talk about it, but I just think if talking about my experience with Ava saves people from trawling through the internet for as many hours as I did then I’m happy to do it.’

Rebekah’s son Benjamin was born in April, and starting a family was everything she’d hoped it would be.

She revealed: ‘It’s amazing. So many people, when you’re towards the end of your pregnancy, they say ”you’ll never sleep again” and all of this but it’s absolutely amazing. Best thing I’ve ever done definitely.’