‘It’s amazing… I’m finally here’: Baseball journeyman Wynton Bernard makes his MLB debut after 10 YEARS in the minors as he is selected for the Colorado Rockies

By Tyrell Feaster For Dailymail.Com and Associated Press Reporter

Wynton Bernard is getting his chance to play in the major leagues a decade after he was drafted by the San Diego Padres.

The Colorado Rockies selected Bernard’s contract from Triple-A Albuquerque on Friday. He was penciled in to bat seventh and play center field against the Arizona Diamondbacks in the opener of a three-game series.

The 31-year-old Bernard was taken in the 35th round of the 2012 draft and spent three seasons in the Padres’ minor league system. He also played in the minors for Detroit, San Francisco and the Chicago Cubs along with stints in the Mexican Winter League, Venezuelan Winter League and independent ball.

And he played for the Brisbane Bandits of the Australian Baseball League.

Colorado manager Bud Black went to see Bernard and outfielder Connor Joe in the winter of 2020. He pitched batting practice to both players and encouraged the Rockies to sign them.

‘I made the recommendation to our front office to see if we can sign these guys,’ Black said. ‘Our front office contacted their agents and they got deals done.’ 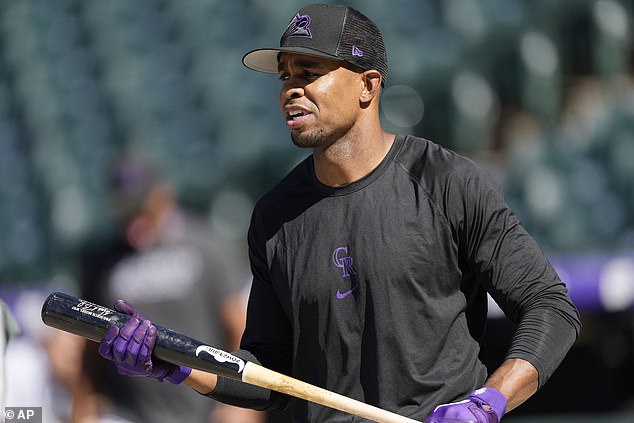 Bernard was told he was being promoted before Albuquerque’s game on Thursday. He celebrated with teammates and shared the news with his mother in a video call.

‘My mom’s emotions, it made me break down even more. She’s done so much,’ he said. ‘The way I saw her take care of my dad before he passed away, he was bedridden but she stayed by his side. I said to myself, “I know how hard she worked so I’m going to work just as hard — if not harder.” Just to see her reaction meant a lot.’ 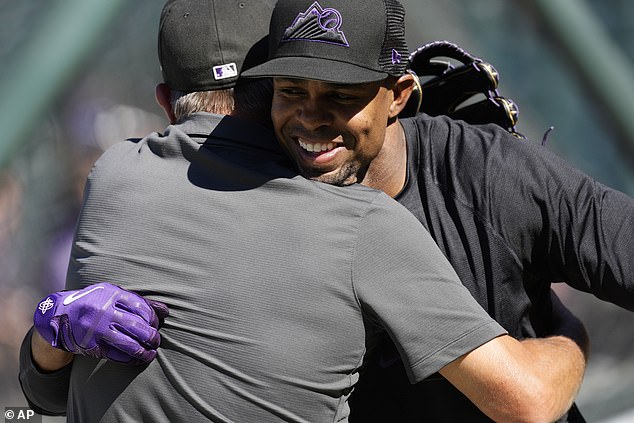 Bernard was slotted eighth in the lineup for his first big league game.

Through his first two at bats he went hitless with a ground out to second base and then a strike out.

Colorado has had came into the game with a record of 50-64 good enough for last place in the National League West.