Time for a cuddle with Mummy! Newborn gorilla enjoys a comfy snooze as its proud mother Faddama cradles the infant in her arms

Adorable pictures have revealed a loving gorilla mother carefully cradling her tiny newborn baby as it enjoys a comfortable snooze.

Faddama, 36, gave birth to the cute infant on September 1 just as Basel Zoo in Switzerland was closing for the evening. The baby is the fourth child for Faddama and her second with 20-year-old silverback M’Tonge.

The baby’s older sister Makala, four, was particularly curious about the new arrival and would not leave her mother alone until she was allowed to gently touch the newborn with her fingers.

It is not yet clear if the little one is a boy or a girl and it will be given a name once the sex is known. Faddama is an experienced mother and pictures show her looking after her baby with great care.

She is seen holding the little one tightly to her body, as is usual for gorillas. Baby’s are reliant on their mothers’ milk for two years and even after starting to explore their surroundings are still regularly breastfed.

Gorillas are endangered in the wild because of hunting and the destruction of their habitat. Their populations are also threatened by civil-war-like conditions as well as by diseases such as Ebola.

Gorilla Faddama gave birth to her tiny baby on September 1 just as Basel Zoo in Switzerland was closing for the evening. Since then she has been cradling the adorable youngster close to her chest 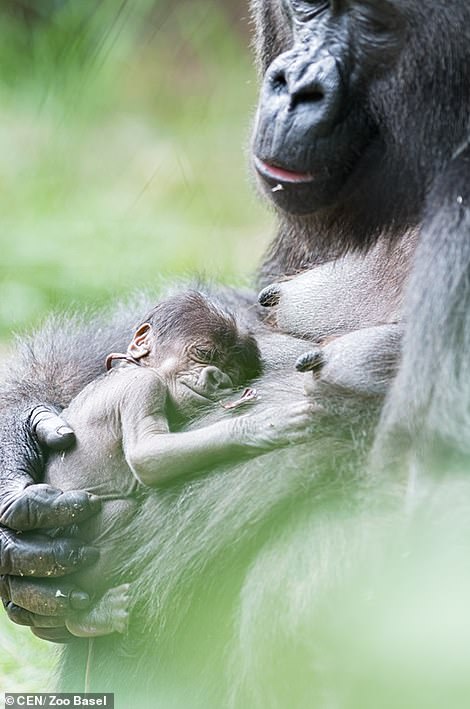 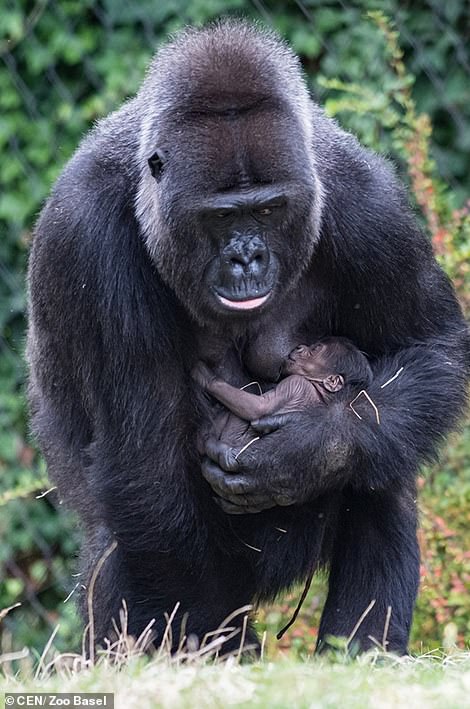 It is not yet known if the new addition at Basel Zoo, pictured with Faddama left and right, is male or female. This is the gorilla’s fourth baby after Makala, four, was born in 2015 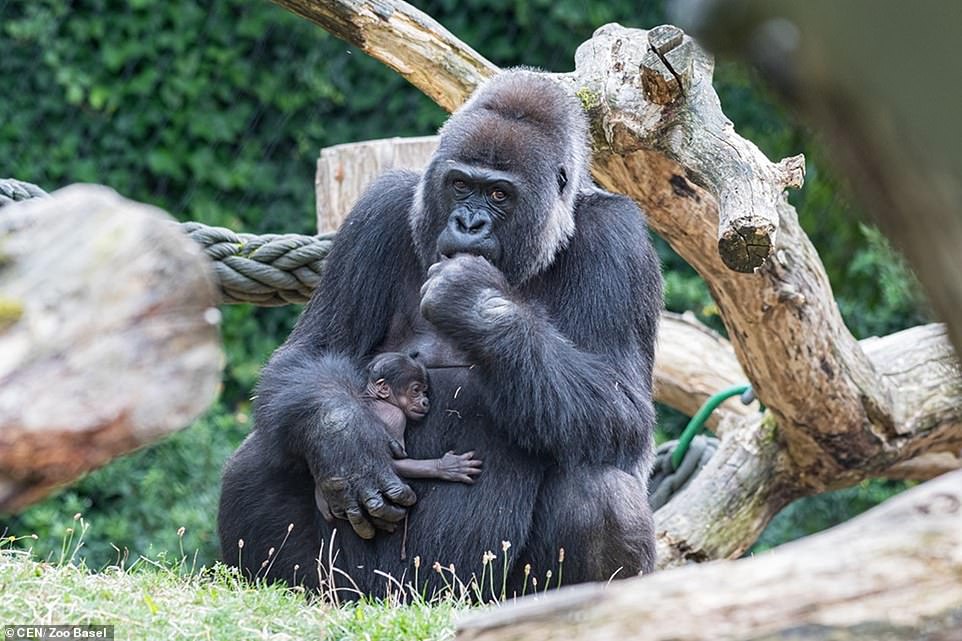 When the baby was born, its older sister Makala, four, was particularly curious and would not leave Faddama, pictured with the newborn, alone until she was allowed to gently touch her sibling with her fingers 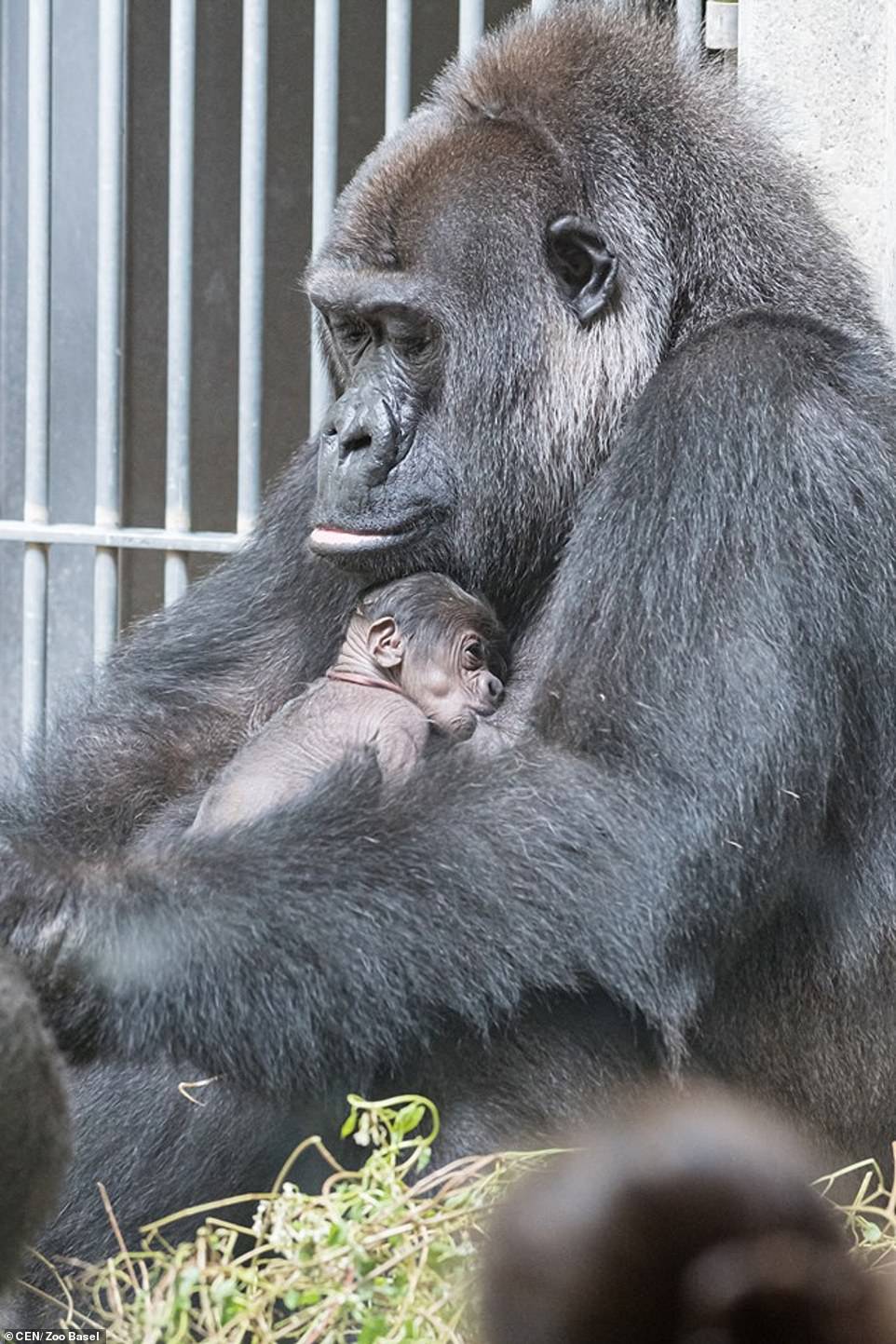 Baby gorilla’s are reliant on their mother’s milk for the first two years of their life and even after being allowed to explore their surroundings a little, are still regularly breastfed. Pictured is the new baby at Basel Zoo having a feed from Faddama