‘I’ve still got God’s support’: Transgender priest, 37, leaves the Catholic church to become a woman after six years of secretly struggling with her identity

A transgender priest who left the Catholic church to become a woman says she still has the support of God after leaving the clergy.

Alisha Cacace, 37, of Basingstoke, Hampshire, felt like she was in the wrong body for as long as she can remember.

Brought up in a religious family she trained to become a priest at a young age despite battling with her identity.

She struggled for six years before a visit to an LGBT bar made her realise she had to be true to herself and she began to transition.

Ms Cacace, who was born male, has been on hormone replacement therapy for a year and says she has never been happier. 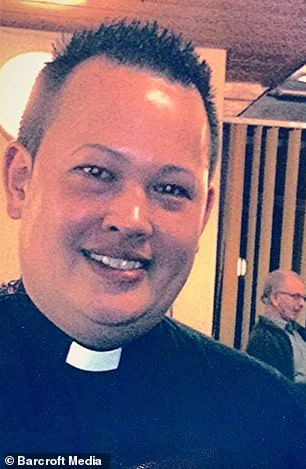 Alisha Cacace, 37, (pictured before transition right and after left) of Basingstoke, Hampshire, felt like she was in the wrong body for as long as she can remember 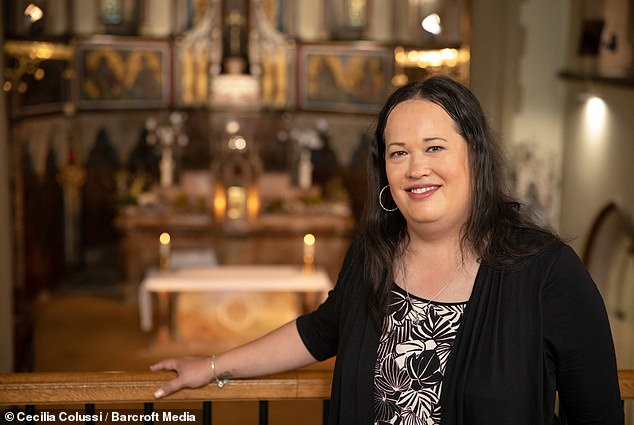 Ms Cacace, 37, of Baskingstoke, is pictured at Holy Ghost church in Basingstoke

She said: ‘Once you face that fear, and do it, you feel a lot better in yourself.

‘The best thing I’ve ever done was change over, I don’t think I could ever kind of go back.’

Ms Cacace felt uncomfortable as she was growing up and confesses to falling into the wrong crowd after problems at home.

Following a ‘dysfunctional’ upbringing she turned to God and decided to train as a priest.

She was deeply committed to her faith but knew there was something wrong.

The 37-year-old continued: ‘I knew I was a female trapped in a male’s body from a very young age, I was just pushing it to one side,’ she said.

‘Seeing others happy was great and that really set a spark off in my mind.’ 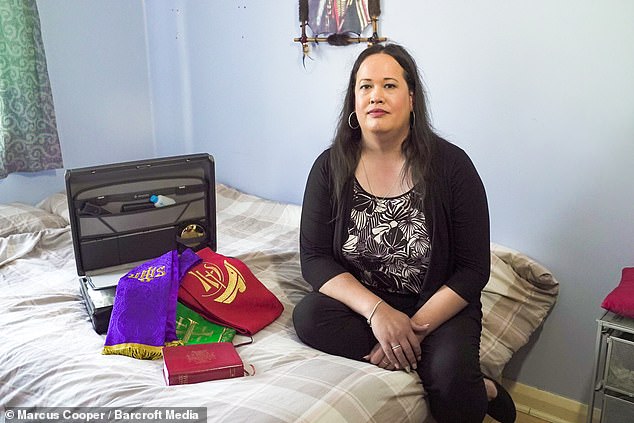 The trans woman has held on to her vocation, as she is still attached to her faith and regularly practices the Catholic religion

At first, Ms Cacace was terrified of leaving her house in female clothes, but the local trans community in Basingstoke have since given her the all-important support she needed throughout her transition.

She cherishes her past time as a priest and has even held onto the priest robes she used to wear – but she’s quick to admit that she has also completely left that part of her story behind now as she enjoys life with her daughter Abbie.

But the trans woman has held on to her vocation, as she is still attached to her faith and regularly practices the Catholic religion.

‘I’m at that point in my life where this is my life. This is how I want to lead it. Go out and be happy.’ 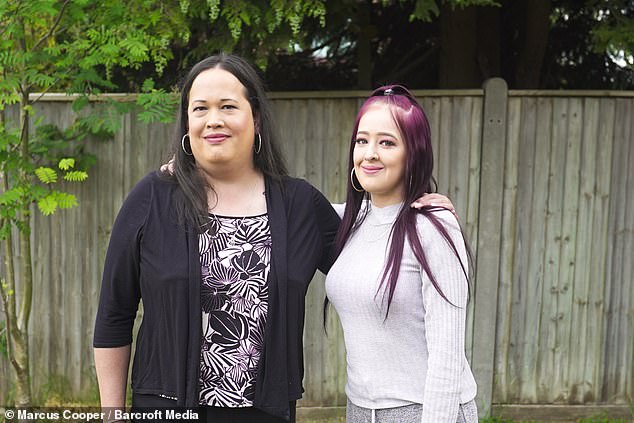