An adorable dog who clumsily got his head stuck inside a basket has become an internet sensation.

Berkeley, who is a cross-breed of Golden Retriever and Poodle, was caught red handed with the basket around his neck – having knocked a over a plant at his home in Utah.

Hilarious footage shows the curly-haired pup lying across a cushion next to a potted palm tree which has been toppled over.

Berkeley the Golden Doodle (pictured) cross-breed clumsily got his head stuck inside a basket after knocking over a plant from its pot in Utah. His owner Justin Jones, 27, asks his cheeky canine pet: ‘What did you do, Berk? What did you do?’

The tropical plant was tossed from its container and is surrounded by soil, making the family’s dining room floor wreak chaos.

Berkeley, a one-year-old pooch, sits sheepishly with the basket lodged around his neck. 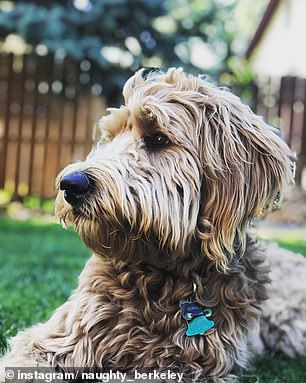 He asks the same question for a third time before concluding: ‘You’re a monster.’

The mischievous Golden Doodle doesn’t move a muscle and stays frozen with his head held in the air.

Mr Jones said: ‘He knocked [the tree] over and chewed it to shreds!

‘It took about an hour or two to get all of that dirt up.’

The video got over 2.3 million hits on the Barstool Sports Instagram page.

A photo on Naughty_Berkeley was captioned: ‘Mum and Dad weren’t happy, but it was worth it.’ 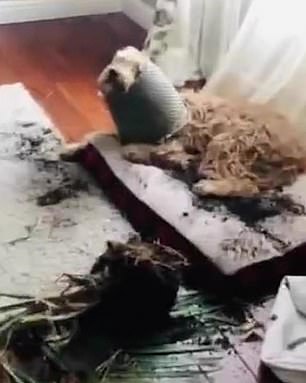 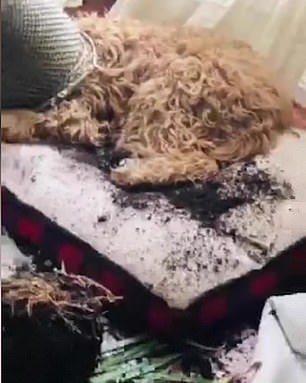 The cute pup is seen looking sheepish as he lied across a soil-covered cushion. He avoids making any interaction with Justin

The pup has a tendency for causing mischief, as his owners shared a snap of Berkeley sat perfectly after tearing their home’s rain gutter to shreds.

It comes just a month after Winzee, a one-year-old Morkie pup, got her head stuck in a box of tissues that she was ripping up.

The adorable pup was filmed walking backwards around the room as she tried to pull herself free in Texas. 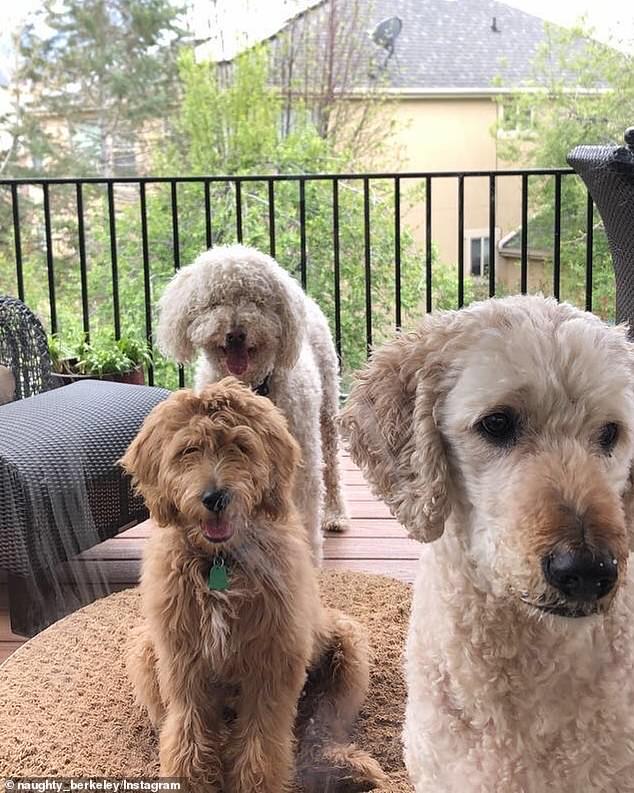