The behaviour of Australia’s most notorious inmate is so bad he can no longer have a deck of playing cards inside his cell, let alone receive visits from his family.

Bassam Hamzy is allowed just one phone call a week, one visit a fortnight – not from a family member – an hour of exercise each day and just five photos on his cell wall.

The 39-year-old’s deprived life inside Goulburn Supermax prison was laid bare as he represented himself before the New South Wales District Court on Thursday.

Hamzy has also lost the ability to have board games in his cell, cannot use a toasted sandwich machine or a kettle, and has lost the right to associate with other inmates.

But despite the crackdown on his already limited rights, the ISIS sympathiser has been allowed to keep his religious materials, which include a Koran and a prayer mat. 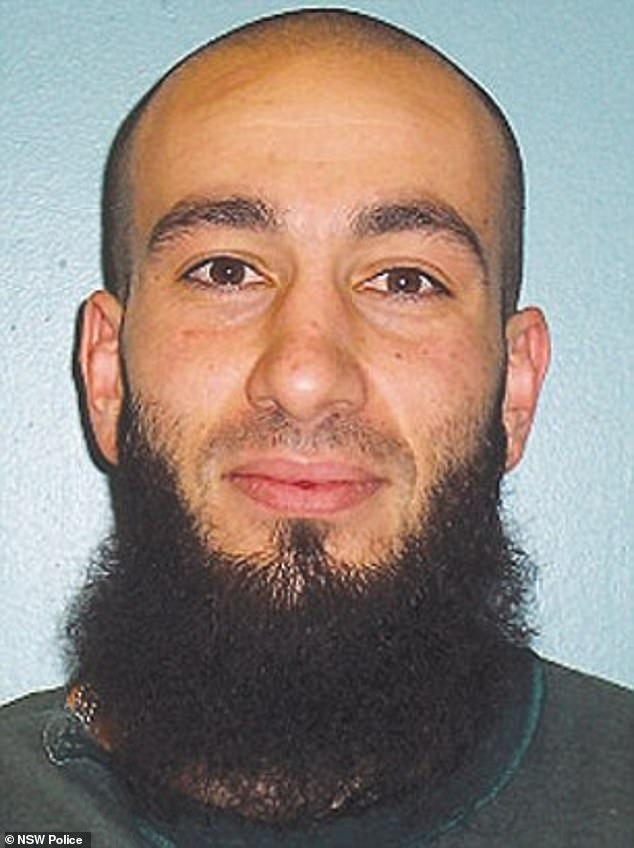 The 39-year-old’s deprived life inside Goulburn Supermax prison was laid bare in court, as he complained about losing his privileges after a string of bad behaviour

When his face first popped up in the court via video link, Hamzy beamed a smile after noticing the 11 family members who had packed into the court to support him.

At times it appeared the convicted killer was on the verge of losing his composure as his family waved, pulled faces and even took photos of him up on the large screen.

Among the crowd was his father Khaled, who told Daily Mail Australia outside court it was the first time in more than a decade he had seen his son, a moment he described as ‘lovely’.

‘The family’s the same, they are always knocked (back). They put in a request and it’s rejected… it’s really unjust, we are meant to be a democratic country.

‘His niece told him she wanted to come and visit him, but he said: ‘Look they are going to put me on box visits, it’s hard for me to see you or hug you or kiss you’.’

‘It was lovely to see him. The huge smile on his face – he was always a smiling boy, he had such a great sense of humour.

‘Now he has nothing, so of course he is always going to react and he’s been in jail for a long time so it changes you I am sure. 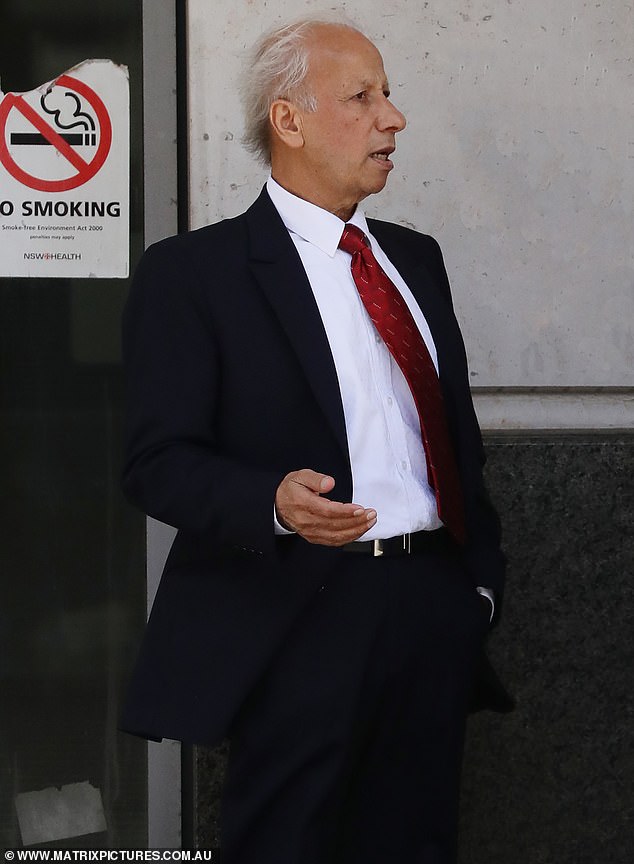 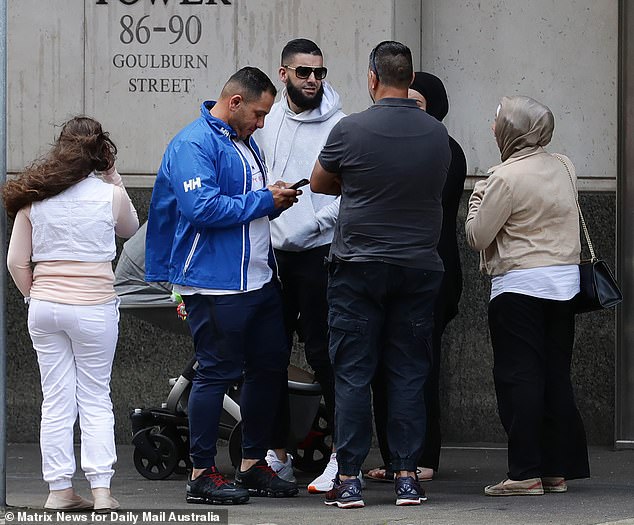 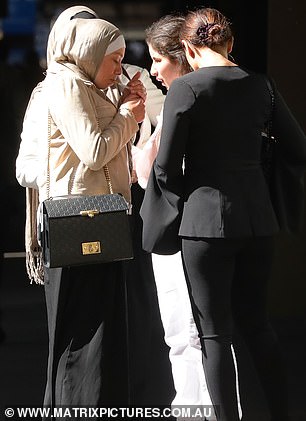 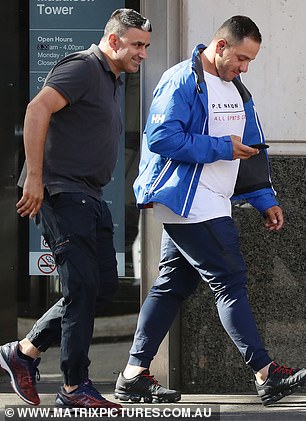 At times it appeared the convicted killer was on the verge of losing his composure as his family members (pictured outside court) waved, pulled faces and even took photos of him up on the large screen

‘But they try to make him out to be like a monster. They are always pushing him into a corner and if you push a lion into a corner they will attack you.’

Hamzy’s strict jail conditions were revealed as part of his appeal against a conviction for assaulting a prison officer in August 2017.

But in addition to his privileges penalty Hamzy was also convicted externally over the assault in court.

Now the founder of the notorious Sydney gang ‘Brothers4Life’ claims the sentencing both in and out of prison is ‘invalid’.

‘If an inmate is punished externally they are not to be charged internally (as well),’ he  told the court.

‘No other punishment was allowed to be imposed on me… it’s an abuse of power.’

NO GANGSTER’S PARADISE: WHAT BASSAM HAMZY HAS LOST IN JAIL

– Exercise out of cell

One inmate at any time

Up to 3 items at once

Up to 1 item at once 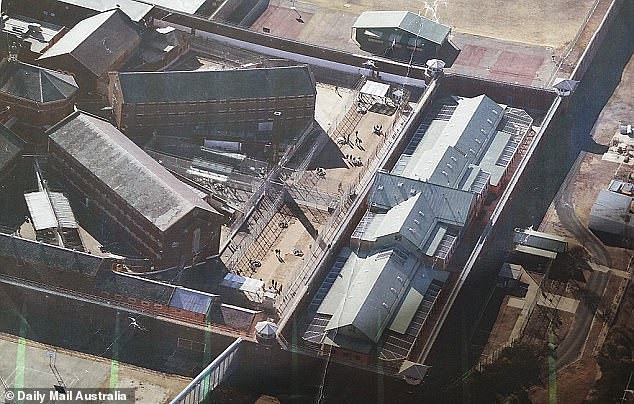 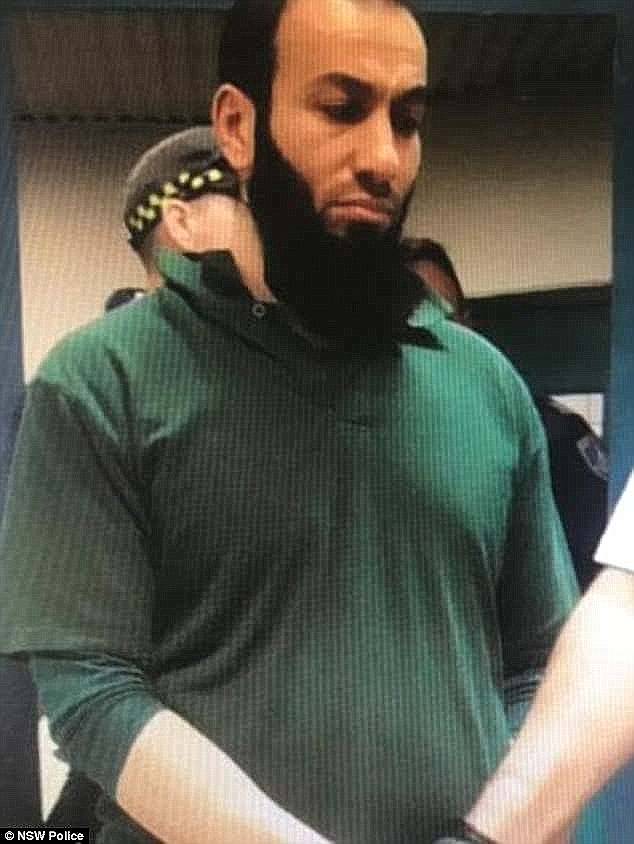 But in his submissions to the court, Crown prosecutor Tony McCarthy claimed there was little merit in Hamzy’s self-organised argument.

‘What’s occurred, even at its worst, does not amount to an abuse of process,’ he told the court.

Hamzy first made the headlines after being convicted of the 1998 shooting murder of Kris Toumazis outside a Sydney nightclub.

During a night out at a bar on Oxford Street, one of Hamzy’s friends became involved in an altercation with a friend of Mr Toumazis.

As the two groups went their separate ways one of Hamzy’s friends kicked the car Mr Toumazis was in, causing he and his friends to retaliate.

It is then that Hamzy pulled out a gun and began shooting at Mr Toumazis and his two friends, fatally wounding the 18-year-old.

Since then, his time in the prison has been littered with headline-making incidents. 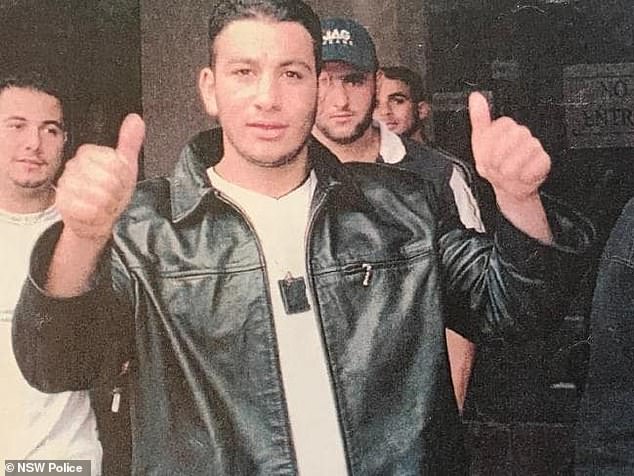 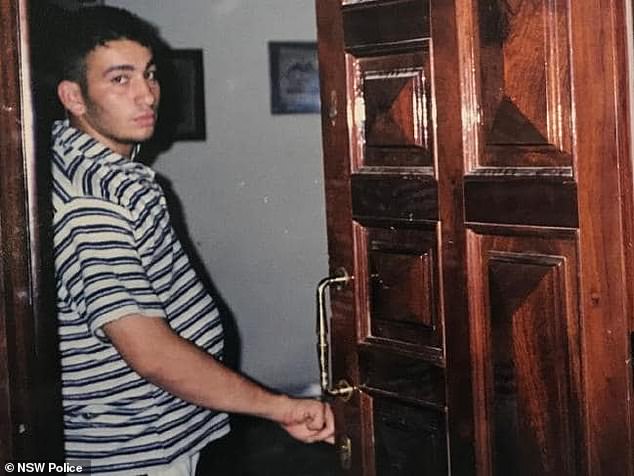 Before being convicted of the shooting murder of Kris Toumazis, a sullen-faced looking Hamzy opens the front door to his family home 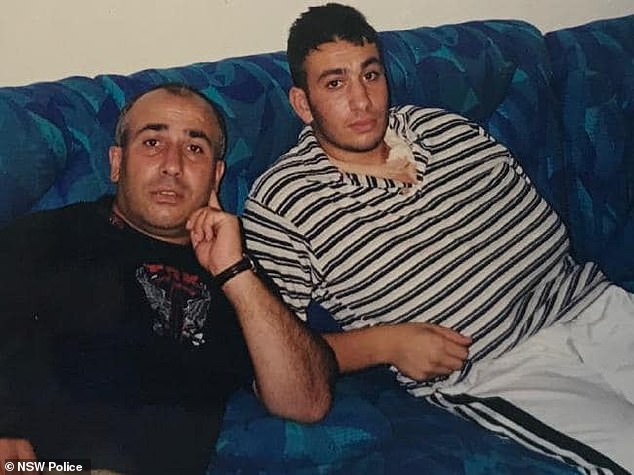 A young Bassam Hamzy (right) sits on the couch with one of his uncles, years before he wound up in Goulburn Supermax

In 2008, he masterminded a methylamphetamine ring from Supermax, delivering more than a kilogram of the drug to Melbourne under the guise of a truck business.

That same week Hamzy instructed an associate to threaten a different man:

‘(Tell him) I’m gunna cut all his fingers off… next time I’ll take his ears and make them into a necklace.’

May 31, 1998: Bassam Hamzy, then 19, shot an 18-year-old to death after an altercation outside a club in Oxford Street, Paddington.

He pulled a gun on an off-duty police officer, who fired a shot back at him.

May 2007: Hamzy established the Brothers 4 Life gang while in prison, successfully establishing a Bankstown chapter that became notorious for its violence and crime. He used a mobile phone that was passed between cells using dental floss to orchestrate the crimes, including drug deals and threatening people. During the period, he made upwards of 450 calls per day.

Hamzy received an additional 15 years added to his sentence for his involvement.

April 2017: Hamzy was believed to be linked to 15-year-old Brayden Dillon’s murder. Police believe he may have aided in the cover up of the attack, and calls made from a phone in his cell were later discovered to be linked to the hit man charged with Brayden’s murder.