The batman symbol illuminated night skies across the world to mark the 80th anniversary of the comic book hero last night.

City streets were bustling as devoted fans donned the superhero’s costume and watched the bat signal being projected at Fed Fed Square in Melbourne, Australia, before shining from the Reforma Tower in Mexico and other high-rise buildings.

It appeared in 13 cities, including Tokyo, Berlin, Rome, Paris, London, Sao Paulo and Johannesburg, to mark ‘Batman Day’ which is celebrated every year on the third Saturday of September.

A bat-signal was projected across 13 cities to mark ‘Batman Day’ which celebrated 80 years since the first Batman comic was sold in New York. Pictured is the signal illuminating a building in Mexico while a fan is seen with a wide smile as she dons a batman mask, last night 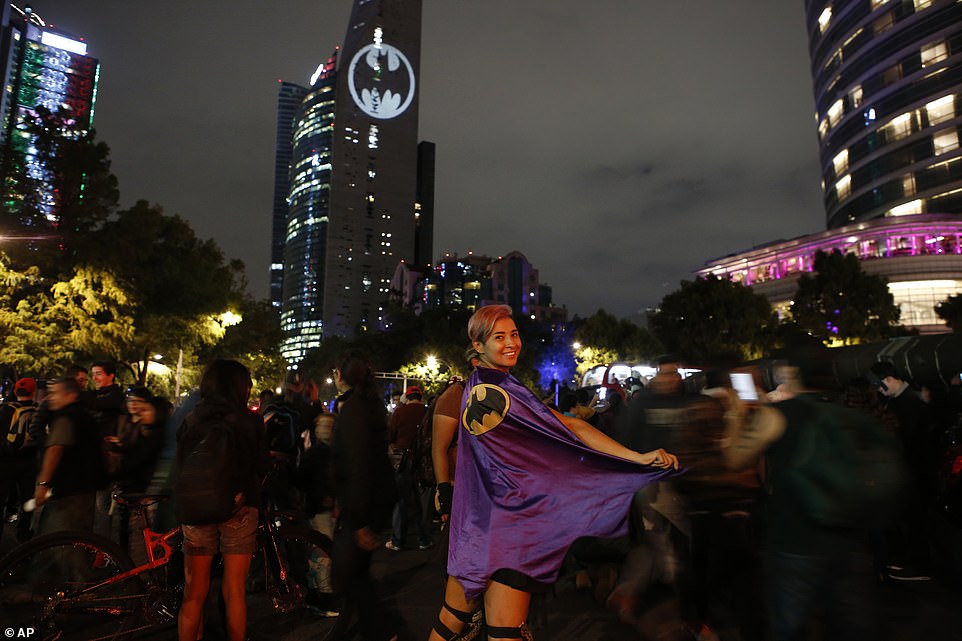 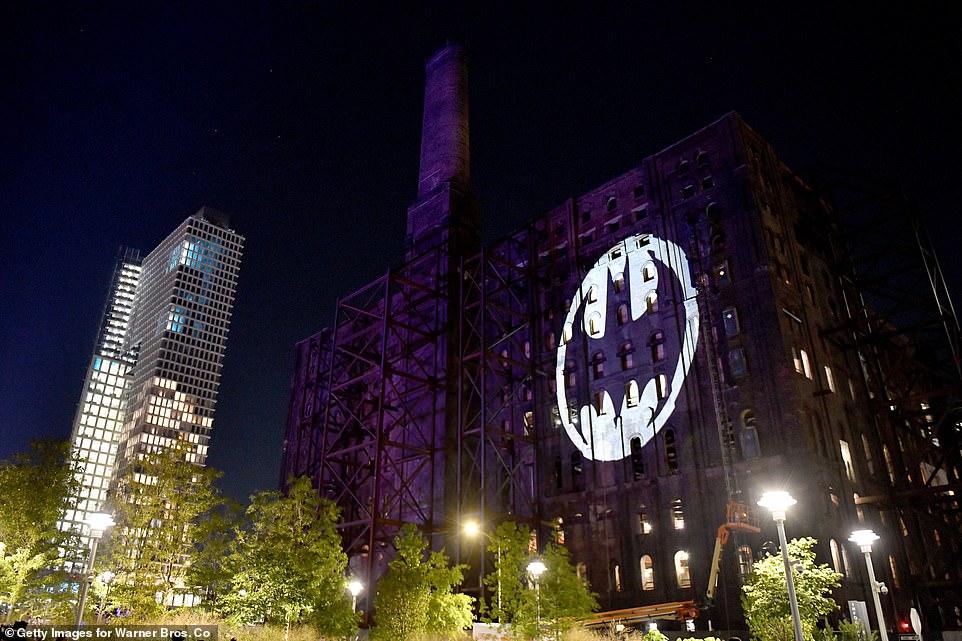 There was also a panel discussion by Batman writers in New York during ‘Bat Day’ where it was announced that James Tynion IV will be the new writer on Batman and will start with issue #86 of Batman, on sale January 8, 2020 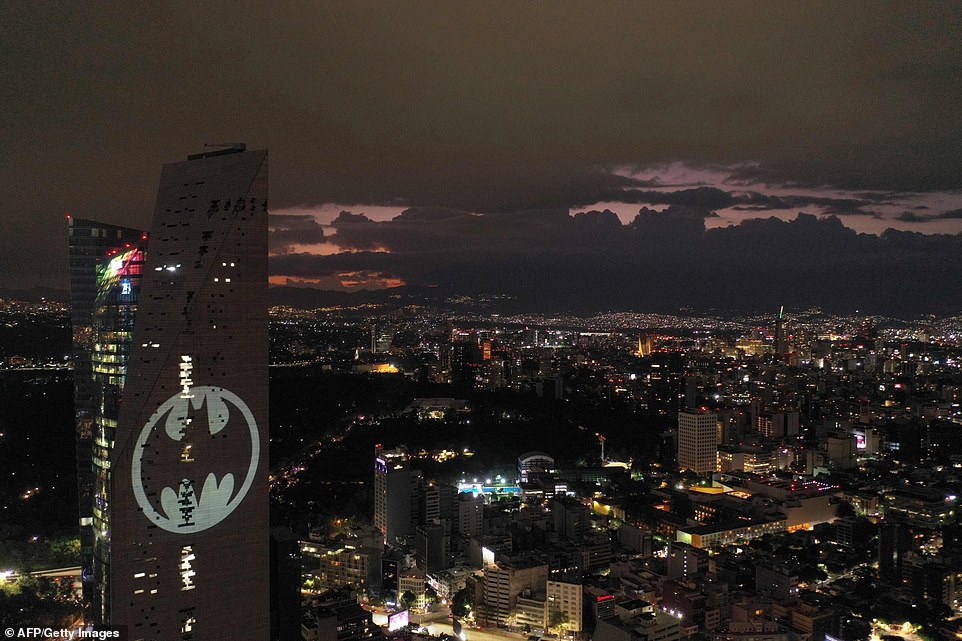 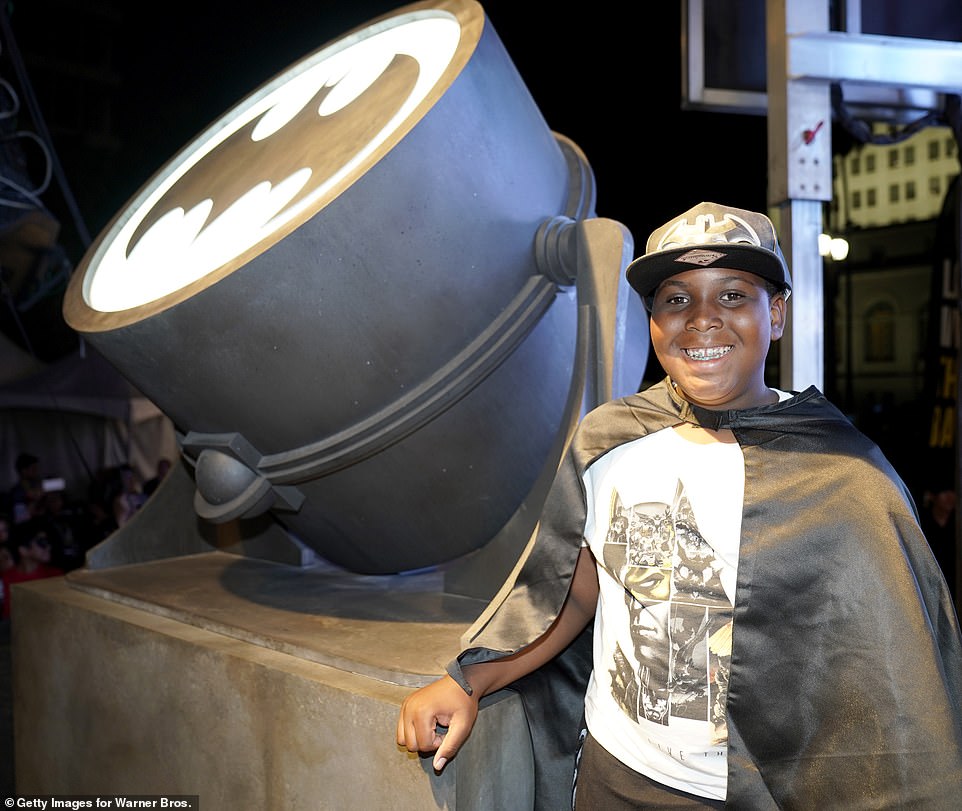 Ultimate fan: A boy poses in his black cape and cap next to The Dark Knight’s famous logo at Warner Bros Studio in Los Angeles

The floodlight signal lit up at the Domino Sugar Refinery in New York City before making its final appearance at City Hall in Los Angeles.

And people were quick to offer their support and thanks to The Cape Crusader who was created by artist Bob Kane and writer Bill Finger 80 years ago.

They posed in their bat masks and capes while holding medals with the message ‘long live the bat’.

The Dark Knight ‘stood as a symbol of determination, bravery and justice to generations of fans’ and ‘continues to leave his mark in every form of entertainment imaginable’, DC comics told ABC.

A panel discussion by Batman writers in New York was held and a 5km night run through Los Angeles to mark the birth of the hero who goes head-to-head against the Joker to save the city of Gotham in movie The Dark Knight. 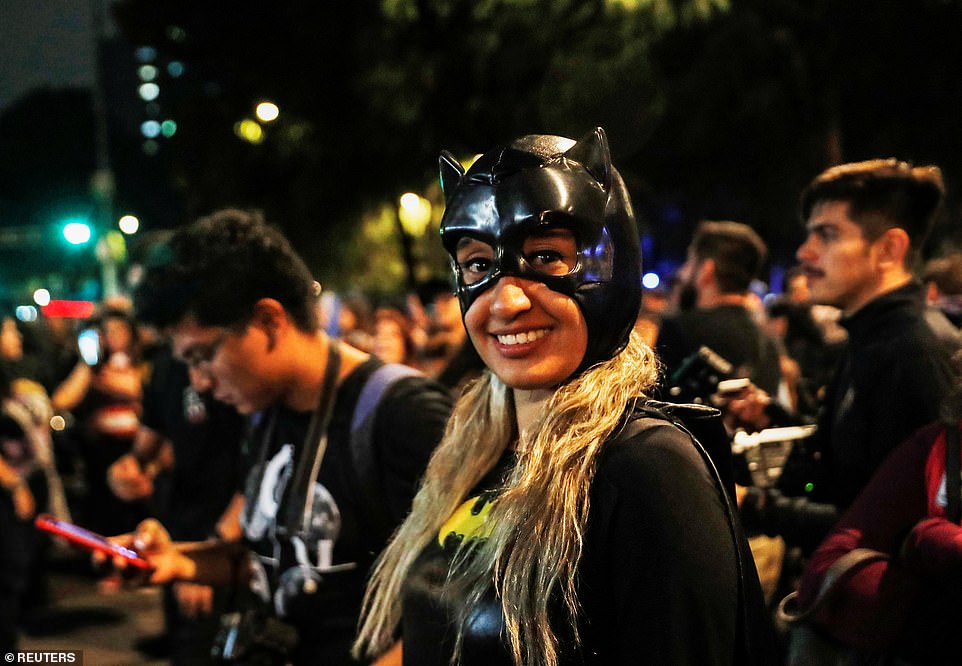 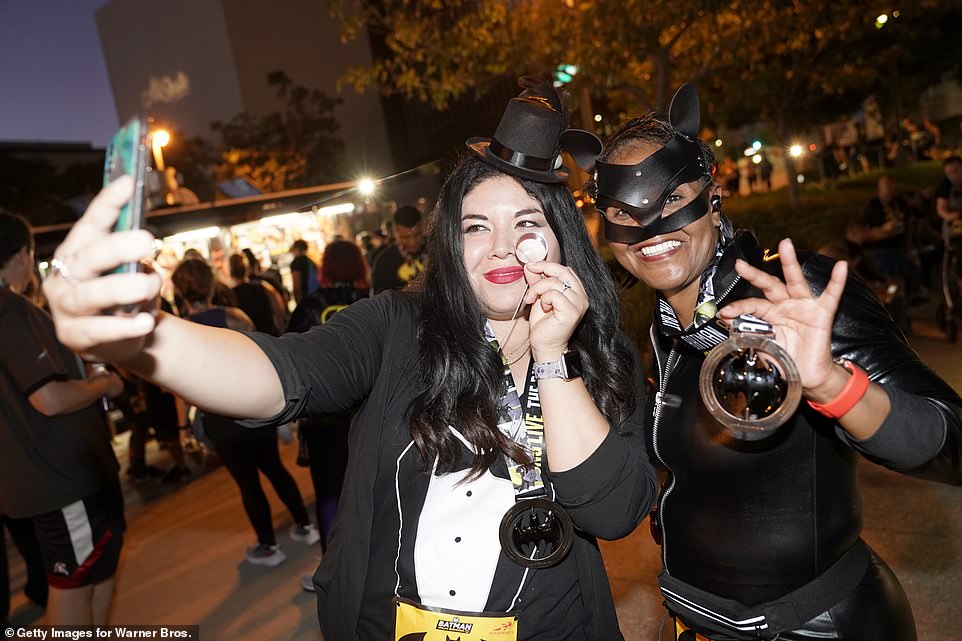 Two runners celebrate the day with a 5k night run and wave their Batman medals in Los Angeles last night. They sport skin-tight outfits and black hair accessories and strike a pose for a selfie 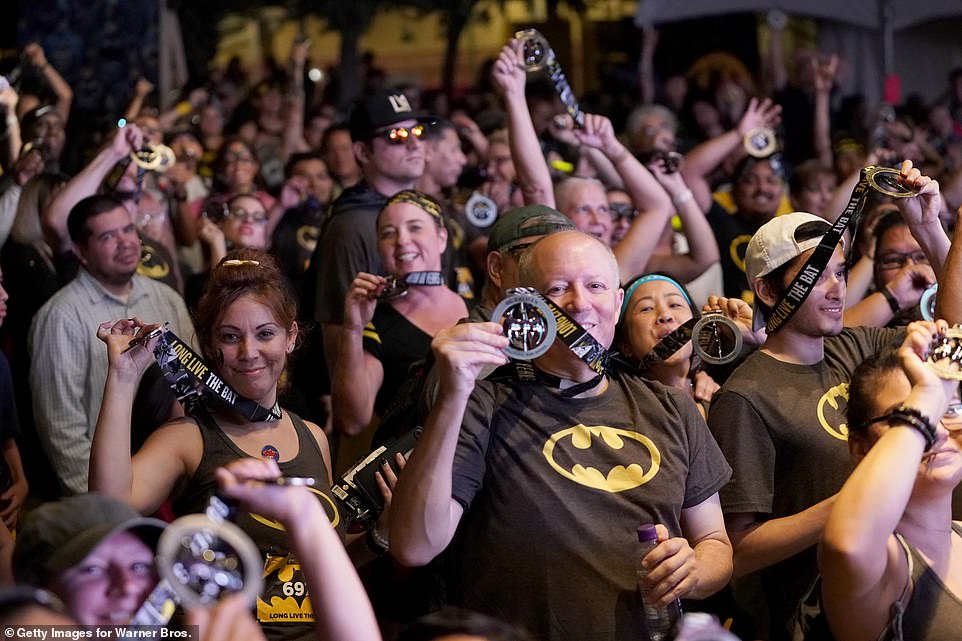 Long live the bat: Runners are pictured clutching water bottles after taking part in the 5k run and hold their bat medals in unity 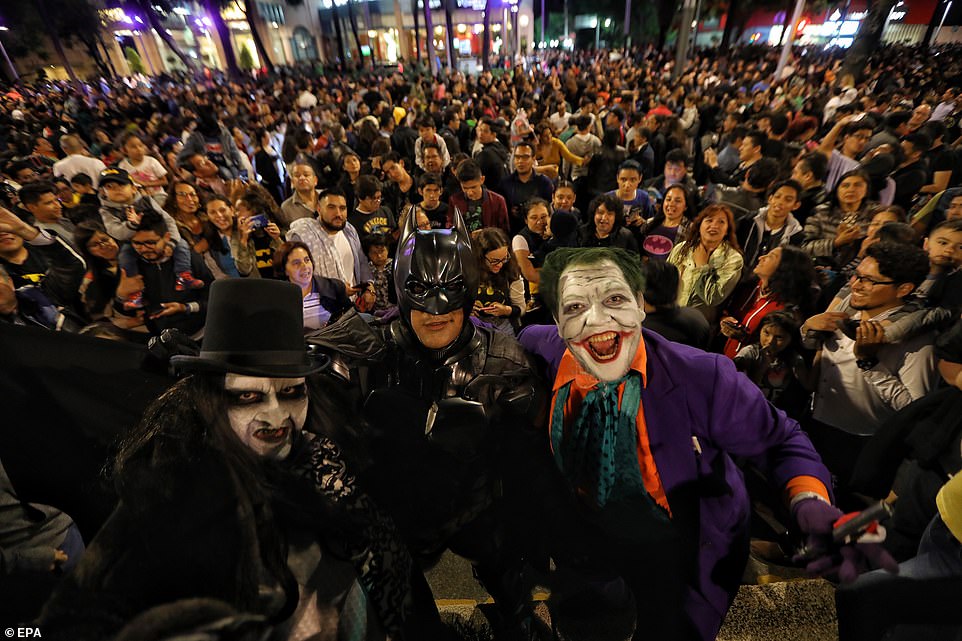 A man dresses as Batman’s nemesis The Joker who goes head-to-head with the comic hero. Heath Ledger won the Academy Award for Best Supporting Actor for his role as the villain in The Dark Knight

Here it was announced that comic book writer James Tynion IV will be the new writer on Batman, replacing Tom King. He has spent 12 years contributing and will be given a permanent position – starting with issue 86 that will be released in January next year.

Devoted fans are also eagerly anticipating the release of The Batman, directed by Matt Reeves, in June 2021.

The 13 cities which saw the bat signal last night 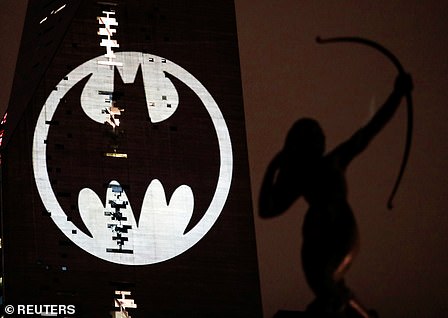 3) Johannesburg at The Leonardo Building

4) London at the Senate House

13) Tokyo at MAGNET by SHIBUYA109 at Shibuya Scramble Crossing 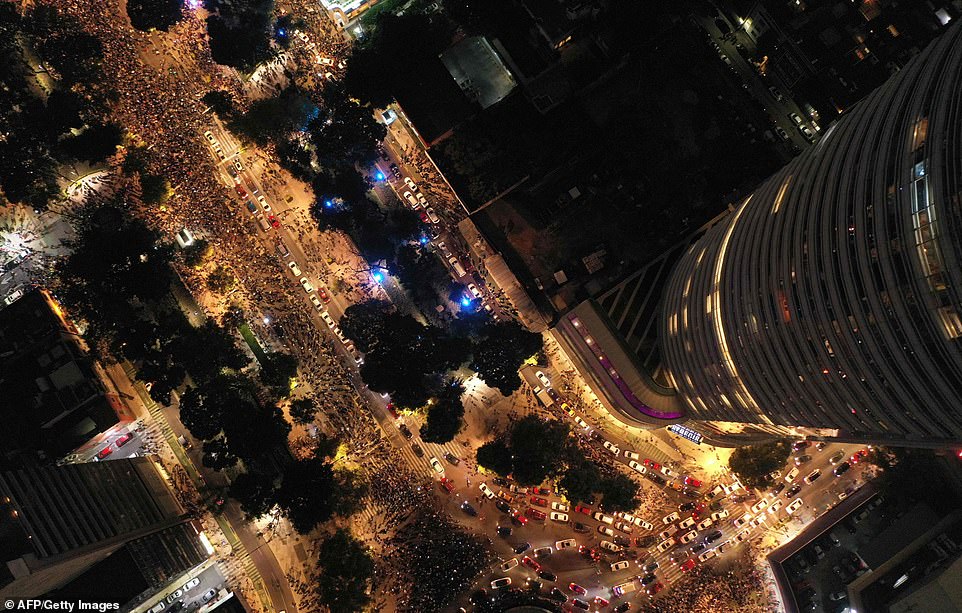 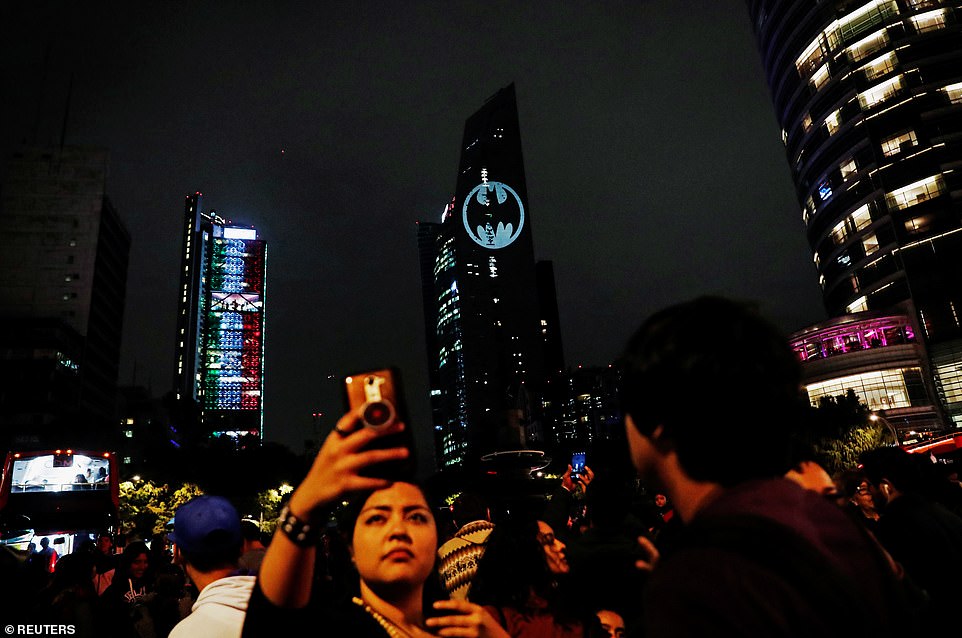 People admire the illumination of The Dark Knight symbol paying homage to the hero created by artist Bob Kane and writer Bill Finger. Batman ‘stood as a symbol of determination, bravery and justice to generations of fans’ and ‘continues to leave his mark in every form of entertainment imaginable’, DC comics told ABC 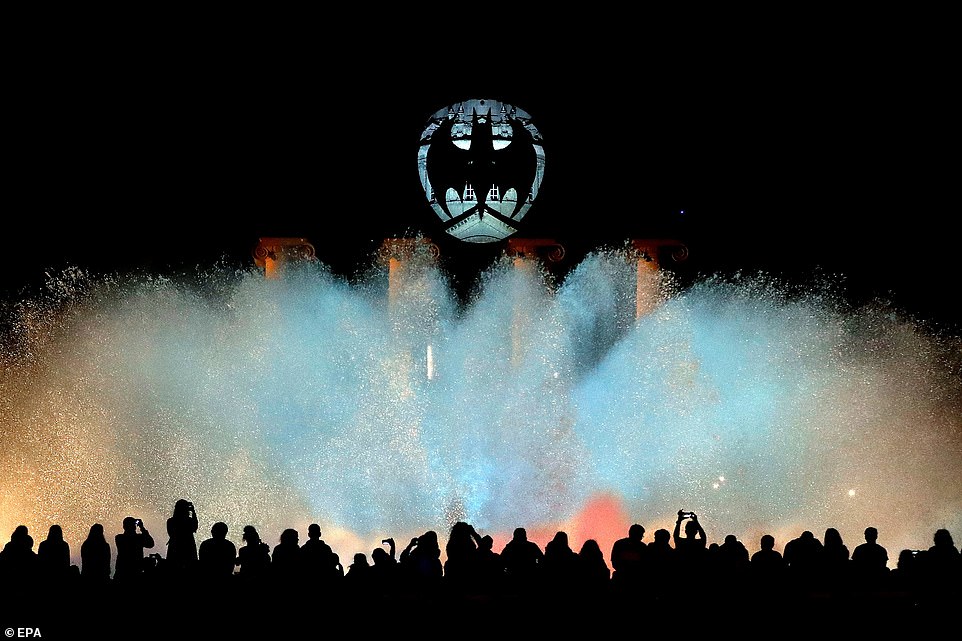 Spectacular: The dome of the Museu Nacional d’Art de Catalunya in Catalan, Spain, is illuminated by the symbol 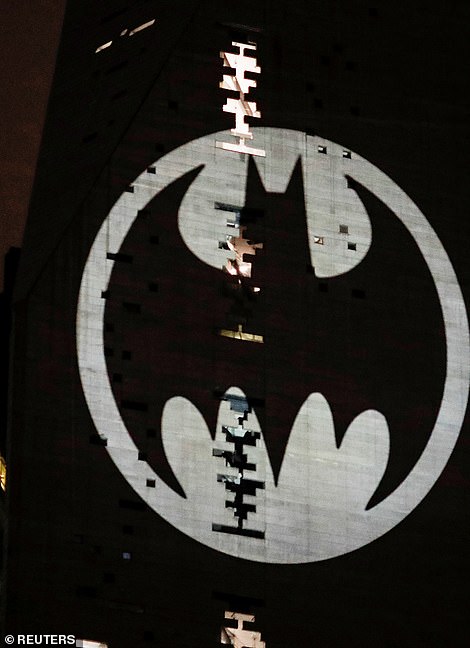 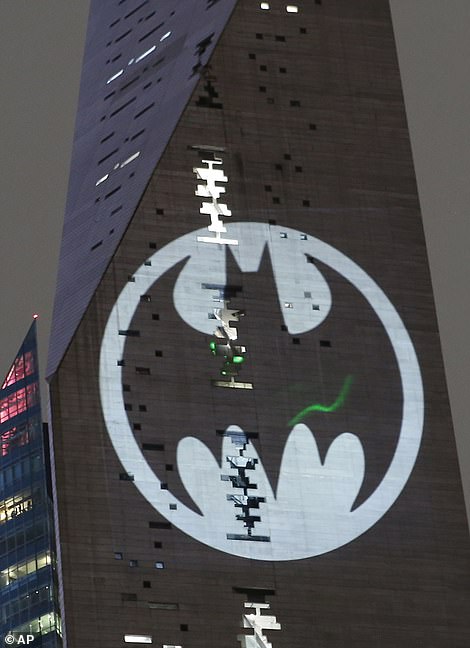 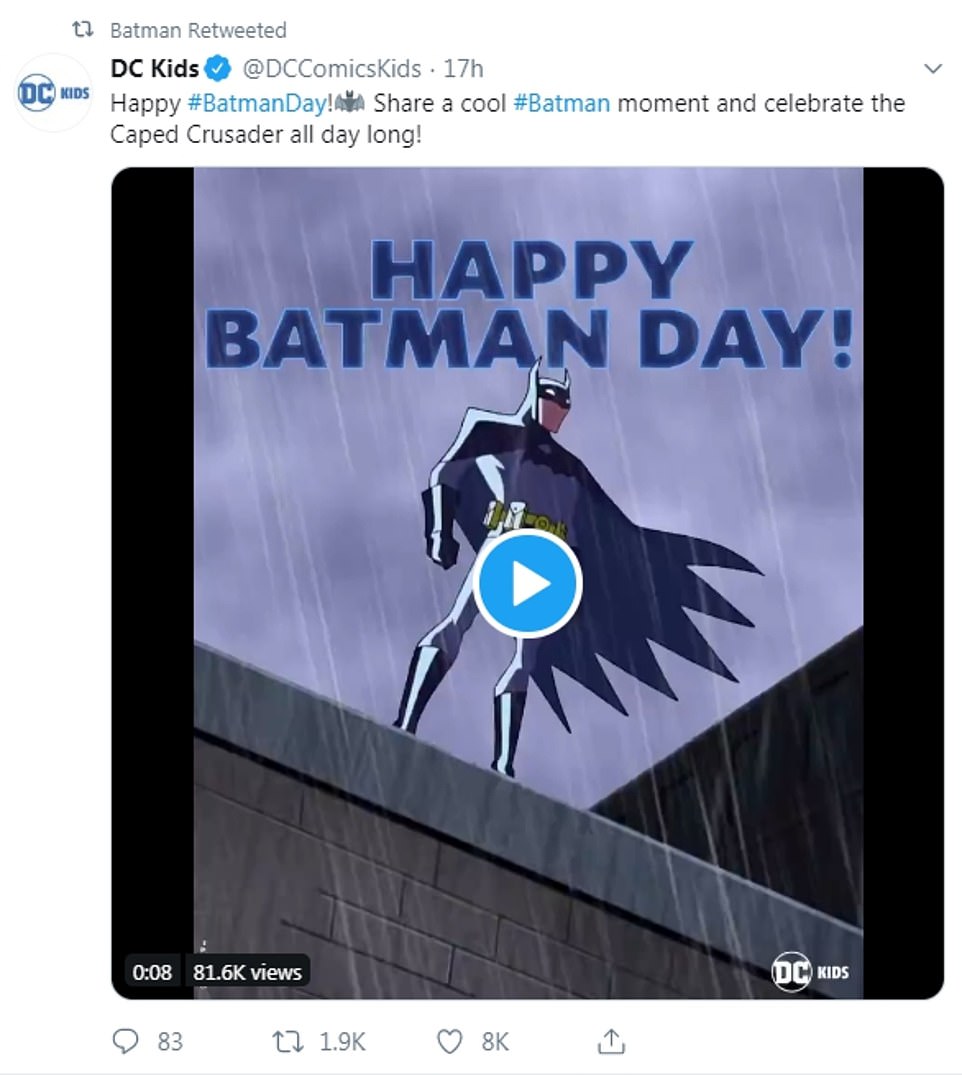