Ancient state rivalries have boiled over online as Victoria’s fifth lockdown sparks a bitter war of words with New South Wales after Sydney’s Covid cluster escaped across the border.

Melbourne was ordered into yet another deep freeze by Premier Dan Andrews on Thursday after a total of 18 cases were found in the city since a team of infected removalists from Sydney brought the deadly Indian Delta variant of Covid into Victoria.

Online tempers ran hot with bitterness towards NSW Premier Gladys Berejiklian for not locking down Sydney when the Bondi outbreak first began on June 16.

A flurry of bitter posts were put out on Instagram, Twitter and Facebook on Thursday by those furious at having to endure another lockdown, Melbourne’s fifth since the pandemic began. 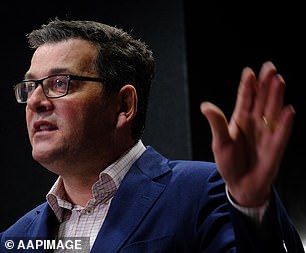 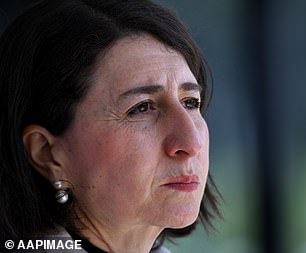 It was another 10 days after the first case, an infected airport driver who caught the virus from international flight crew, was found before Sydney went into lockdown.

There have now been 923 cases linked to the outbreak, which has since seeped into Victoria thanks to two infected Sydney removalists who drove to Melbourne.

Mr Andrews took a couple of thinly veiled potshots at his NSW counterpart as he announced the lockdown restrictions, but locals picked up the baton online for him afterwards.

AFL star Dane Swan let loose on Twitter with a foul-mouthed outburst of fury against Sydneysiders.

‘Every single a***ole who came into Melbourne from Sydney, broke the rules and f***ed us all again need to be named and shamed and jailed for life. And maybe some water boarding too. #c***’ he tweeted. 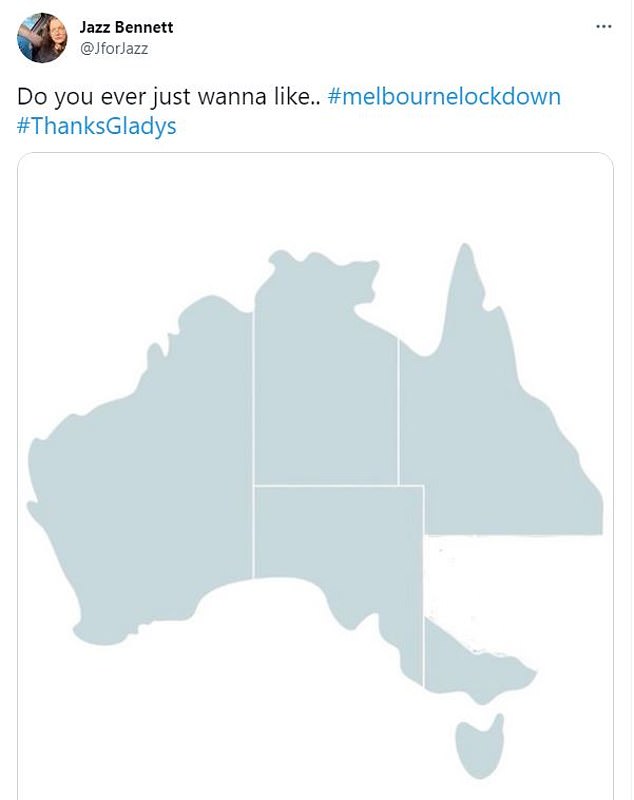 Some Twitter users resorted to humour to get their feelings across, as seen here

He posted his stark message – which was liked more than 2,000 times in matter of hours – with an an animated picture of Liam Neeson on the phone with the subtitles, ‘I will find you and I will kill you’, like in his film Taken.

Melbourne had only just emerged from its fourth lockdown on June 11 before the latest outbreak sparked the new crisis.

The fifth lockdown is only set to last five days, but it’s unleashed a torrent of anger among tired and frustrated Melburnians.

‘F*** u Gladys,’ she raged on Instagram under an intense selfie. ‘Such a massive f***ing kick in the guts for Victoria. 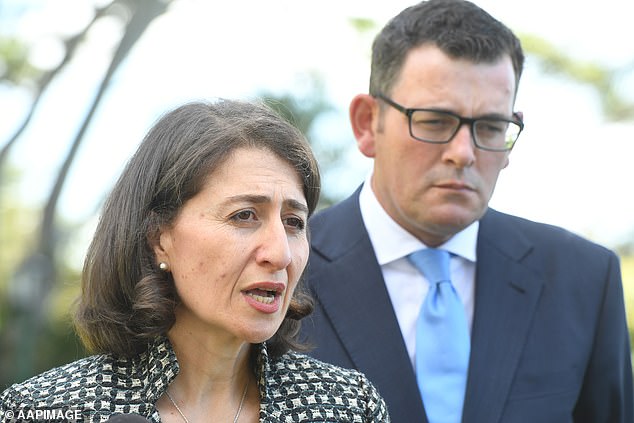 By the middle of the day the sarcastic hashtag #ThanksGladys was the number one trending term on Australian Twitter. Seen here are the NSW and Victorian premiers, Gladys Berejiklian and Dan Andrews 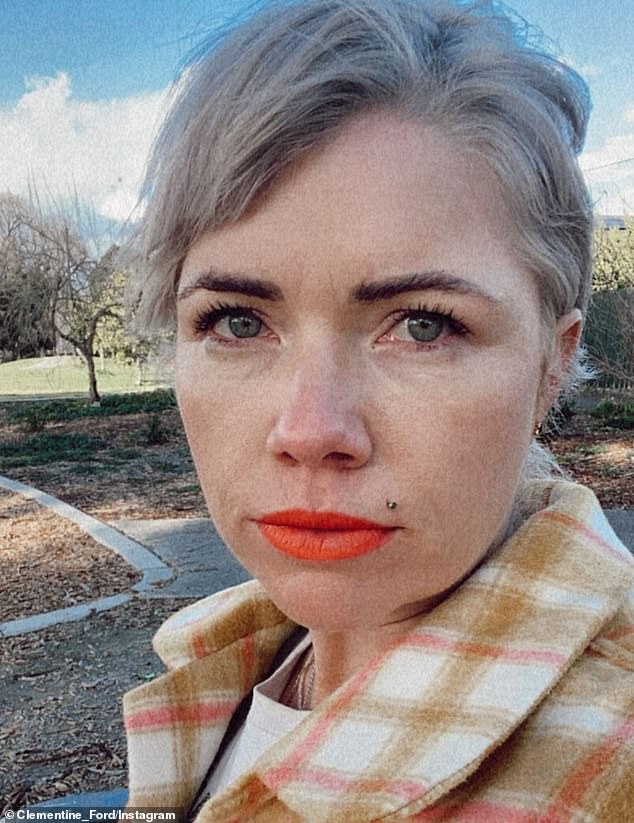 ‘After everything we did last year, the strictness we adhered to, the intensity of lockdown, to have this f***ing incompetent pack of buffoons mess this up so badly because they just cannot get humble and accept we did it right – it just makes me incandescent with rage.

‘Sending all my love and hugs to everyone in Victoria right now. We can do this. Again.’

Twitter user Jazz Bennett went for humour in an online attack attack, posting a picture of Australia minus the entire state of NSW, with the message: ‘Do you ever wanna just like…’

Another Twitter user added: ‘There is anxiety right now in Victoria! We did the right thing and had a snap lockdown, now we are on the cusp of having to do it again!’ 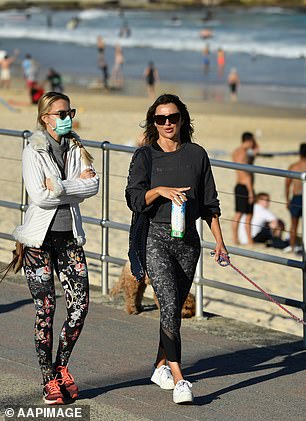 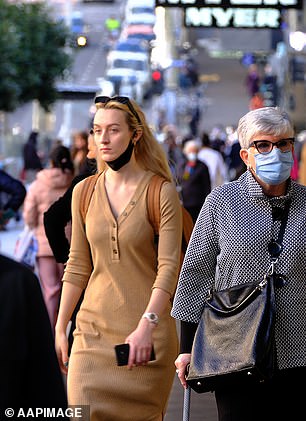 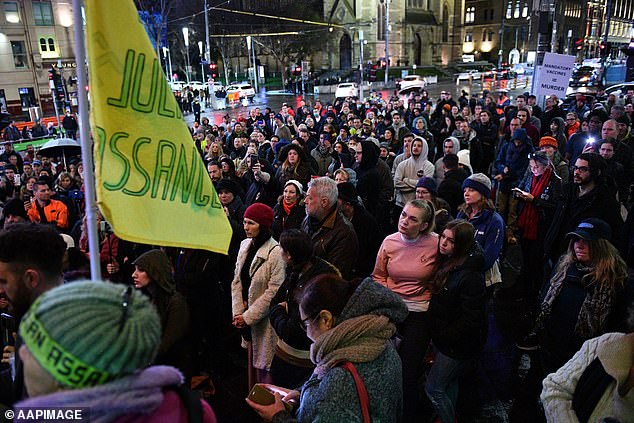 Hundreds of protestors stormed Melbourne’s CBD to rally against Premier Dan Andrews the five-day lockdown before it started at midnight on Thursday. Pictured here are some of the protestors

‘I’m really looking forward to @gladysb getting on national television tomorrow and issuing a sincere apology to the people of Victoria, Qld and South Australia for spreading #COVID to them, then resigning as Premier of NSW,’ tweeted Richard Sallie.

By the middle of the day the sarcastic hashtag #ThanksGladys was the number one trending term on Australian Twitter.

However not everyone in Victoria was attacking NSW.

Hundreds of protestors stormed Melbourne’s CBD to rally against the five-day lockdown before it started at midnight on Thursday, calling for Daniel Andrews to be sacked.

The Melbourne Freedom Rally said it had five main objectives, according to their website.

They include an end to Covid restrictions, an investigation into the handling of the coronavirus response, Mr Andrews’ resignation, no vaccine mandates, and full refunds for those who have been fined for breaching coronavirus-related directives.

The group behind the rally also wanted Mr Andrews charged with crimes against humanity. 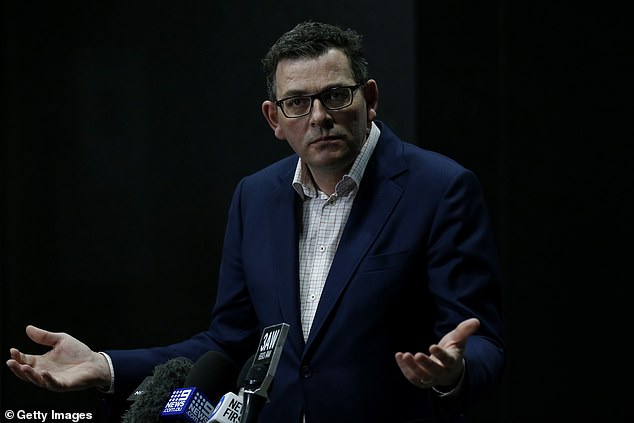 ‘Nothing about the fact that this virus has travelled from Sydney is fair,’ Mr Andrews  said on Thursday, in the first of several swipes at his NSW counterpart.

‘That’s just the reality we face. I apologise to all Victorians that this is necessary.’

Mr Andrews then took a very clear swipe at his NSW opposite number’s more gradual approach to lockdown, which has been criticised by some for not being severe enough, quickly enough.

NSW is now under strict restrictions until at least July 30 after Ms Berejiklian resisted a lockdown for 10 days from the initial outbreak on June 16 until the start of the current lockdown on June 26.

Critics have claimed the lag allowed the disease to spread beyond Sydney’s eastern suburbs where it began to then sweep across the city and now move interstate.

‘If you wait, if you hesitate, if you doubt, then you will always be looking back wishing you had done more earlier,’ said Mr Andrews.

‘I am not prepared to avoid a five-day lockdown now only to find ourselves in a five- week or a five-month lockdown.

‘That is why we are making this very difficult decision and it is why I know Victorians will, despite the pain and the difficulty of, this know and understand that there is no option.’

On how the outbreak reached Victoria:

‘Nothing about the fact this virus has travelled from Sydney is fair. That’s just the reality we face. I apologise to all Victorians that this is necessary.’

On Gladys not answering all press conference questions:

‘Everyone, hang on! We are in Melbourne, I’m not walking out of this, everyone will get a go. Let’s do this in an orderly way.’

On NSW locking down several days after its outbreak was discovered:

‘If you wait, if you hesitate, if you doubt, then you will always be looking back wishing you had done more earlier.

‘I am not prepared to avoid a five-day lockdown now only to find ourselves in a five- week or a five-month lockdown.

‘That is why we are making this very difficult decision and it is why I know Victorians will, despite the pain and the difficulty of this, know and understand that there is no option.’