Battle in attack: Neymar, Cavani and Mbappe steal the show in PSG vs Liverpool clash

As the Eurostar rumbled into Paris earlier in the afternoon, four Liverpool fans had sat at a table sipping beer from plastic cups as they discussed the impending collision of Europe’s two most devastating attacking trios.

The question: which, if any, of Paris Saint-Germain’s £429million triumvirate — Neymar, Edinson Cavani and Kylian Mbappe — would they trade for a place in Jurgen Klopp’s front three. In exchange, either Mo Salah, Roberto Firmino or Sadio Mane.

Heading into the game, the two forward lines had scored a combined 237 goals between them in all competitions since the start of last season. PSG, 125. Liverpool, 112. 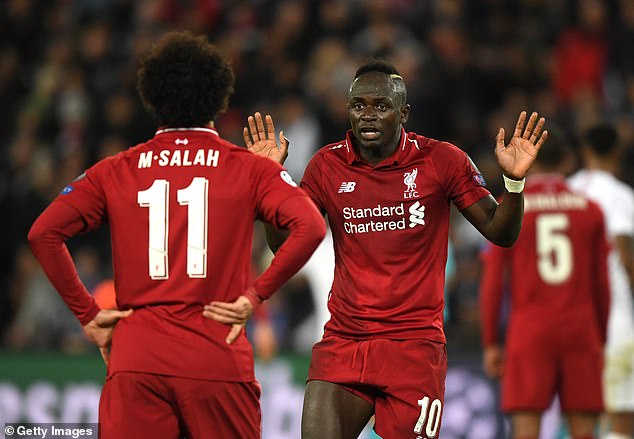 Liverpool fans debated who, if any, would replace Sadio Mane, Mo Salah or Roberto Firmino

‘Would you swap Neymar for Salah?’ one had asked. ‘No,’ was the general consensus. A yes was bound to be unlikely given Liverpool’s own Egyptian King has scored 53 goals since he joined from Roma two summers ago — even if the other option is the most expensive player on the planet.

Mbappe for Mane had been next up for discussion. Again, the rumblings were to stick with Mane, although with much less conviction behind it. ‘Maybe,’ one conceded with a sheepish mumble. ‘But only because he’s younger,’ he quickly added. Mmm, okay.

The final head-to-head had produced the most emphatic response. Cavani for Firmino? ‘Not a chance.’ That was that. End of story. 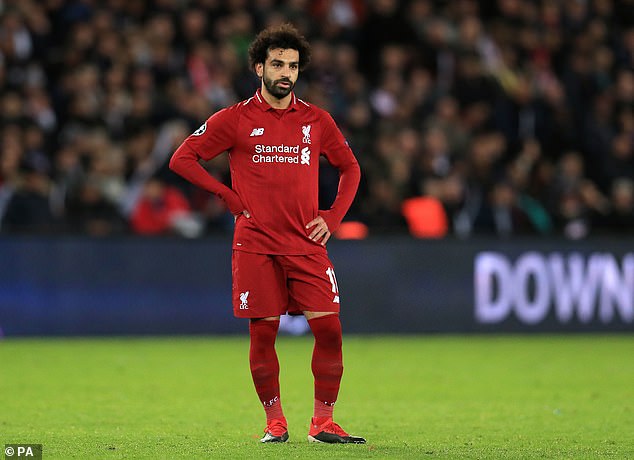 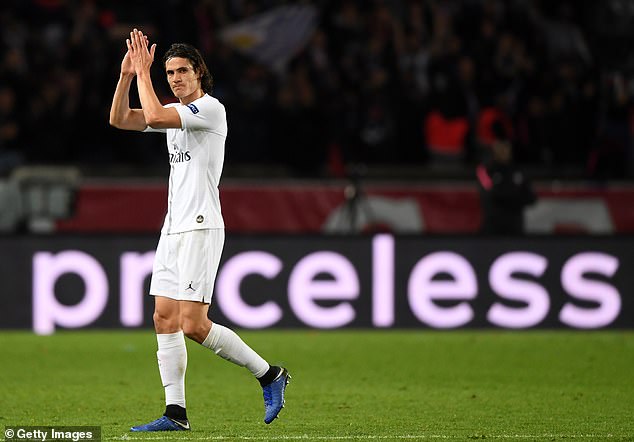 Fifty goals since the start of last season? Pah! Give us Bobby every day. Liverpool fans know how important Firmino is to the Klopp machine running smoothly. The debate was over, then. All three Liverpool players. None of the expensive PSG lot. All settled. For a few hours anyway.

Then, under the lights of the Parc des Princes, all six were on display for real, and in their own colours, as PSG and Liverpool slugged it out in the French capital for a place in the knockout stages of the Champions League.

No options to mix and match this time. And, in a sense, that is the point. What makes these trios so potent is their understanding: as talented as they all are, they are at their destructive best when they attack together. They move as one, they think as one.

The problem for those Liverpool fans on the train — and for Klopp in the dugout — was that only one trio showed any sense of telepathy. And it wasn’t those in red.

It was Neymar who found Mbappe to force a save from Alisson. It was Mbappe’s cross which was only half-cleared by Virgil van Dijk and allowed Juan Bernat to put PSG in front. 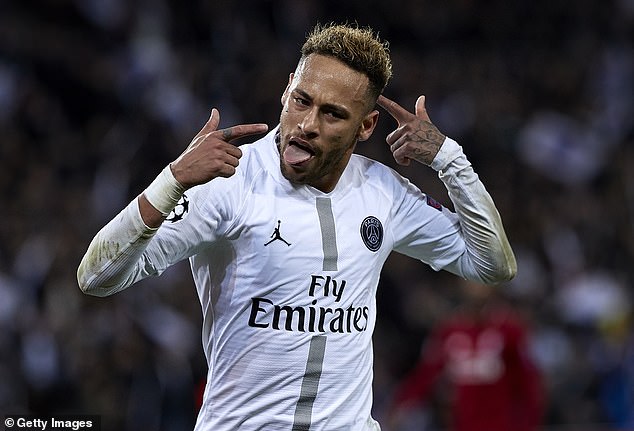 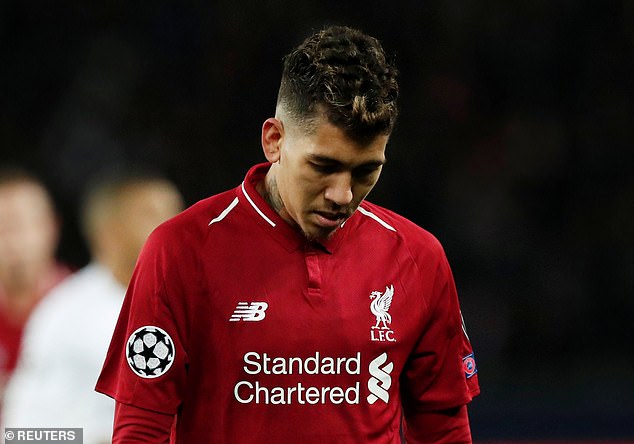 Liverpool lacked their usual zip and rhythm and after all the build-up, PSG’s three dominated

And when all three of them clicked, Liverpool could do little about. Just after the half-hour, Cavani found Neymar. Neymar fed Mbappe out wide, who fizzed a low cross in front of goal. The onrushing Cavani was only denied a tap-in by a sprawling Alisson who flung himself at the striker’s feet, teeth and all sacrificed for the cause.

They did it again minutes later, their unspoken rhythm at its most fluent and its most devastating. All three combined once more in a counter-attack so fast Liverpool’s players had not even enough time to blink let alone stop it.

The move started midway inside the PSG half. Neymar to Mbappe. Back to Neymar. Back to Mbappe. Cross again for Cavani. Again, his shot thwarted by Alisson but this time the rebound fell to Neymar and there was no mistake.

It all happened in the space of 10 seconds. Liverpool out-Liverpooled.

None of the Liverpool front three created a single chance all game, not only for one another but for anyone. PSG’s trio had nine shots and created four chances between them. 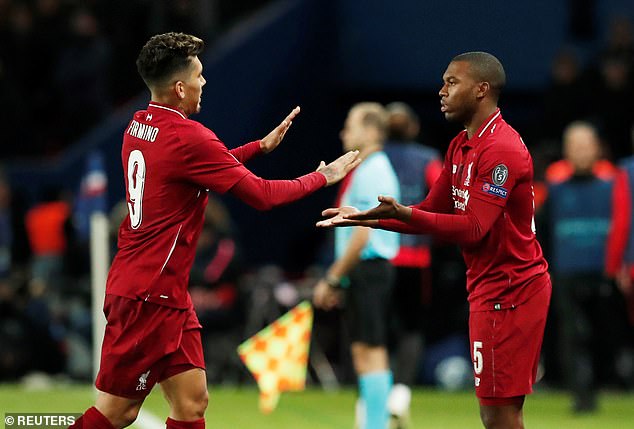 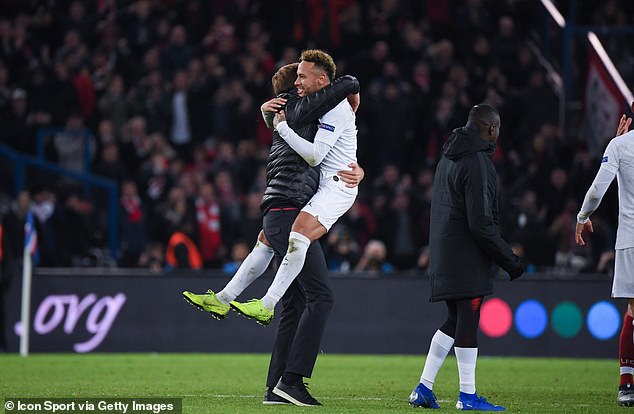 Even Liverpool’s lifeline on the stroke of half-line came from a mazy individual run from Mane that saw him scythed down by Angel Di Maria inside the box. James Milner netted from the penalty spot.

There was little of that usual Liverpool fluency. There were flashes of it in the second half but not enough to trouble the French champions on their own turf. A fourth straight away defeat in the Champions League.

And it was deserved. But Liverpool’s hopes of qualification for the knockout stages are still well alive. Victory by two goals in their final group match against Napoli at Anfield will be enough to see Klopp’s side through to the last 16.

If they are to manage it, though, Klopp will need his front three to perform much better than they did tonight. For here it could not have been easier to choose the superior three.