Top seed Ash Barty hopes to continue her successful Australian Open run as she takes to the court to go up against fellow Aussie Daria Gavrilova.

Barty said she was looking forward to getting on court against her Fed Cup teammate, predicting it would be a ‘ripper’.

‘It will be a challenge,’ Barty said. 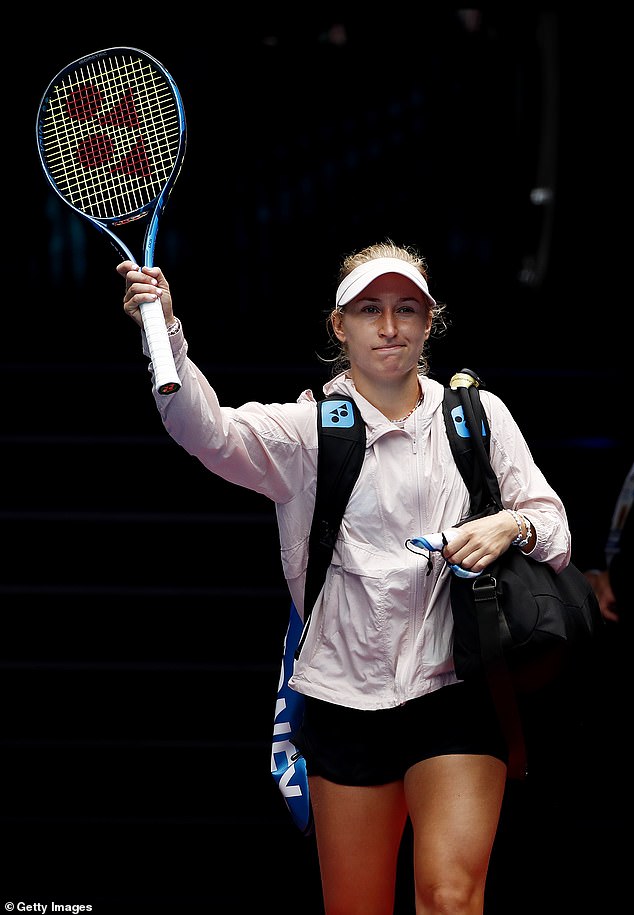 Daria Gavrilova is on the comeback trail after some serious foot issues. Pictured on Thursday before her second round match against Barty

‘I’ll enjoy it – I always enjoy testing myself against other Aussies.’

Gavrilova, on the comeback trail after some serious foot issues, will be determined to eclipse Danka Kovinic, who won just 10 points in her second round 6-0 6-0 clash with Barty.

Barty, 24, took a year off from tennis in 2020 amid the pandemic, and instead spent time with her dogs and playing golf.

Her comeback has been one for the books, dropping just 10 points in her first round match against Danka Kovinic at Melbourne Park.

Stosur, who on Tuesday enjoyed her first singles win at Melbourne Park since 2015, takes on American Jessica Pegula.

Sixth-seeded Czech Karolina Pliskova and Danielle Collins are first up on Rod Laver Arena, followed by Barty and Gavrilova.

Rafael Nadal, meanwhile, continues his quest for a men’s record 21st major title with a second-round match against American Michael Mmoh in the night session. 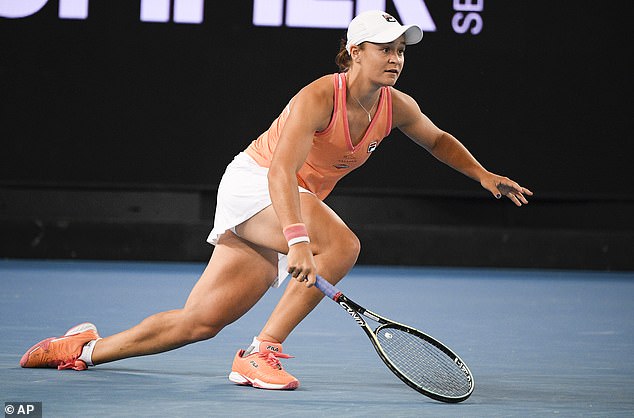 Barty said she was looking forward to getting on court against her Fed Cup teammate, predicting it would be a ‘ripper’