Callum Hudson-Odoi completes loan move to Bayer Leverkusen, with the winger ‘really excited’ at a fresh challenge in Germany after becoming frustrated by a lack of opportunities at Chelsea

The England international has found opportunities hard to come by since overcoming a crippling Achilles injury he sustained last season and Thomas Tuchel has not found room for the 21-year-old after signing Raheem Sterling.

Now Hudson-Odoi has clinched his first ever loan move from Chelsea and has talked up a ‘really exciting’ challenge ahead having been given the lowdown by former Leverkusen striker and now Chelsea team-mate, Kai Havertz.

‘The move to Germany is really exciting for me and I can play in the Champions League with Bayer Leverkusen,’ Hudson-Odoi said.

‘That combination is really attractive and I’m keen to get to know the club, the fans and the Bundesliga.

‘Kai Havertz only had good things to say about it to me in the Chelsea dressing room.’

Leverkusen are thrilled to have bolstered their attack with the Blues winger, given he has already made more than 100 appearances for Chelsea. 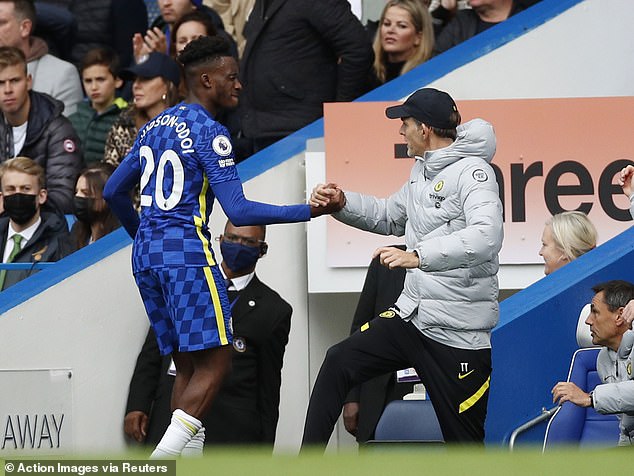 “We have signed a fast and penetrative winger,’ managing director Simon Rolfes added. ‘He has everything to be able to help us immediately.

‘Callum has played over 100 games for Chelsea and proven himself in the Premier League as well as in the Champions League. This will give our attacking game another special component.

‘We’re very happy this transfer has gone through.’

Sportsmail reported last week how Chelsea and Leverkusen were in talks over the loan – with Hudson-Odoi informing Chelsea he was keen to leave earlier this month in a bid to secure more regular football.

At one point in 2020, the 21-year-old was being chased by Bundesliga giants Bayern Munich but Chelsea rejected the club’s bids and instead extended the contract of the player.

However now, it seems like Hudson-Odoi will be lighting up the pitches in Germany after all. 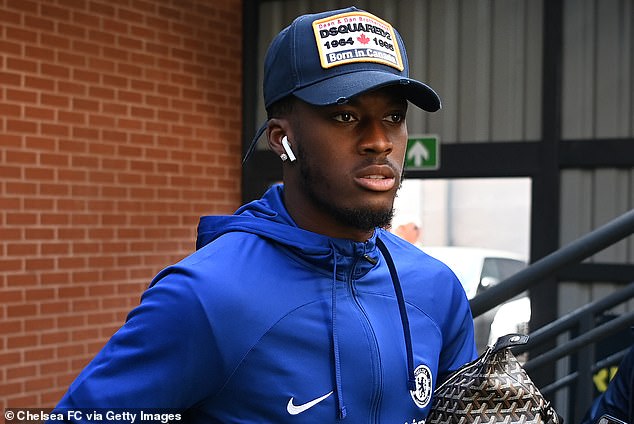 Hudson-Odoi, who joined Chelsea at the age of six as has risen up the ranks to make 126 appearances for the senior side.

He enjoyed his best spell at Stamford Bridge under the guidance of Frank Lampard, who was keen to hand opportunties to the club’s young English stars.

He playing 33 times in the 2019-20 campaign when the club legend arrived – netting three goals – and 37 the following season, scoring five.

But in the 2021-22 campaign he saw his play time limited to 28 matches as he struggled with injuries.