When you meet your biggest domestic rival six weeks from the end of the season, it usually means something. It is usually more than just a warm-up game. Not so for Bayern Munich.

The German champions have long been dominant in the Bundesliga, but this weekend, they reinvented the meaning of the word dominance. They tore through Borussia Dortmund without even breaking a sweat, slept through the second half and still came out 6-0 winners.

‘The game was important for us,’ said Bayern defender David Alaba. ‘We wanted to get back into our rhythm as quickly as possible after the international break, and pick up where we left off. Now we can focus completely on Sevilla.’ 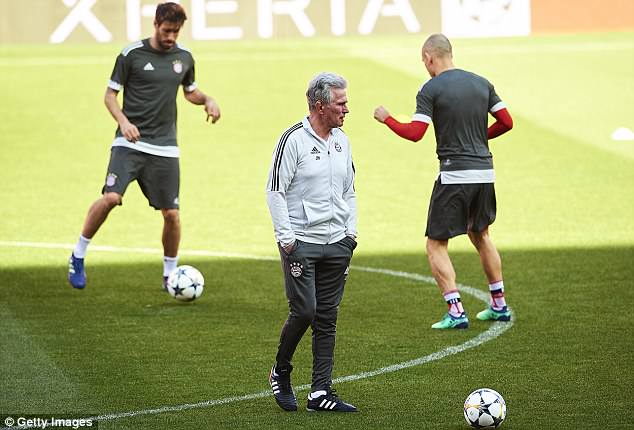 Sevilla. Bayern’s opponents in the Champions League quarter finals are all that matters to at the moment. Borussia Dortmund, supposedly their main challenger in the Bundesliga? Alaba had just curtly reduced them to little more than a sparring partner.

With the title race effectively decided months ago, the Champions League has long been Bayern’s sole focus. That is nothing new, and it has been the case in every season since 2012, the last time Germany enjoyed a genuine title race. Yet if this Bayern team have always dominated their domestic competition, there is a feeling that it has never been as easy for them as it is now.

‘The difference between us and other teams is enormous this season,’ said Arjen Robben after his side’s demolition of Dortmund. ‘We’ve never experienced anything like this before, the gap wasn’t so big in previous seasons. On the one hand, it’s impressive, it shows how good we are.’

On the other hand, of course, it shows how weak the competition has been this year. There can be no doubt that the 6-0 had as much to do with Dortmund’s existential crisis as it did with Bayern’s quality. Normally one of the few teams who back themselves to beat Bayern, Dortmund simply rolled over at the first sign of trouble last weekend. 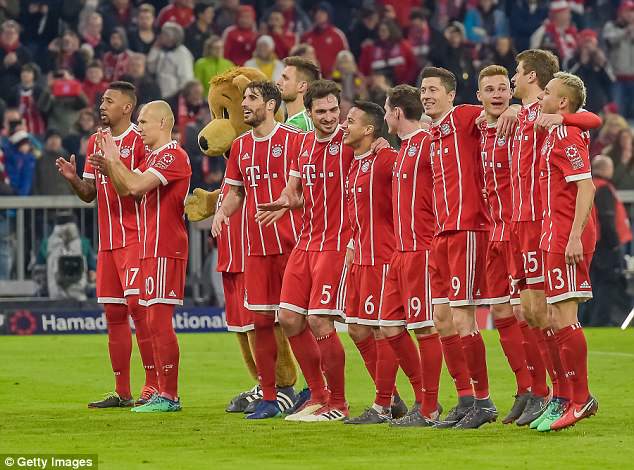 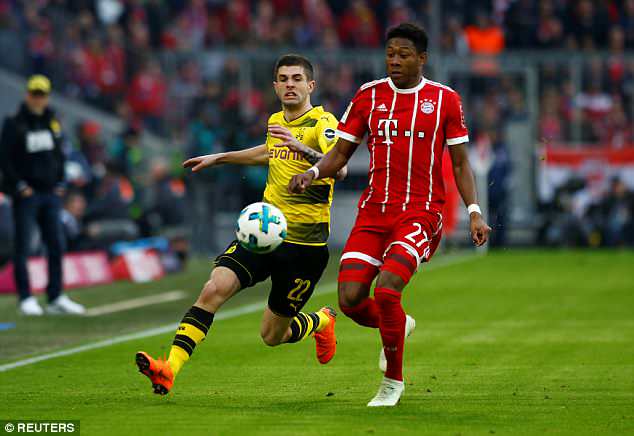 Yet Robben is right. This is also about Bayern, and about a team so full of confidence that they look capable of beating just about anybody. Watching them tear through Dortmund with such ease, it is easy to forget how poor Bayern were at the start of the season, how far they have come under Jupp Heynckes.

Since taking over in October, Heynckes has transformed a team which looked disjointed, frayed and directionless. He has restored Thomas Mueller to his brilliant best, squeezed even more out of the ageing legs of Franck Ribery and Arjen Robben, and found a way to rehabilitate James Rodriguez. In Sven Ulreich, he has turned a much maligned liability into a goalkeeping giant.

Much to the chagrin of the Bayern hierarchy, Heynckes has made clear that he plans to retire for good at the end of the season. But first, he wants to complete a perfect record in the Champions League, a competition he has only entered twice as a coach, winning it on both occasions.

He faces his next hurdle in Seville on Tuesday evening. Many have seen it as an easy draw, but Bayern will be anything but complacent against a team who held Barcelona to a 2-2 draw at the weekend. They have, after all, been knocked out of the Champions League by a Spanish team in each of the last four seasons.

It is a curse they want to break, and one which is inexorably tied to their dominance in the Bundesliga. Under Pep Guardiola and Carlo Ancelotti, Bayern were so dominant domestically that they either ran out of steam or over-complicated things against Barcelona, Real Madrid and Atletico Madrid in the Champions League. Heynckes, the transformer, wants to change all that. 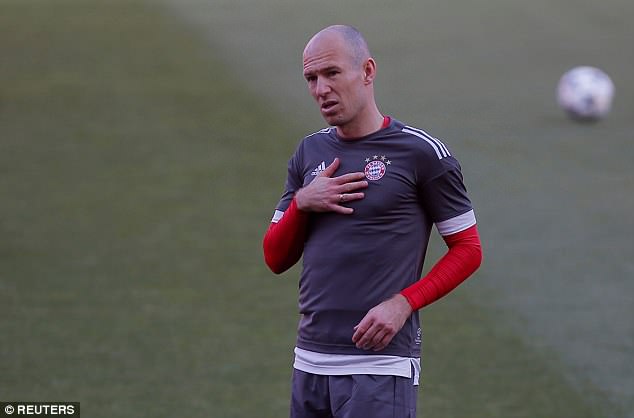 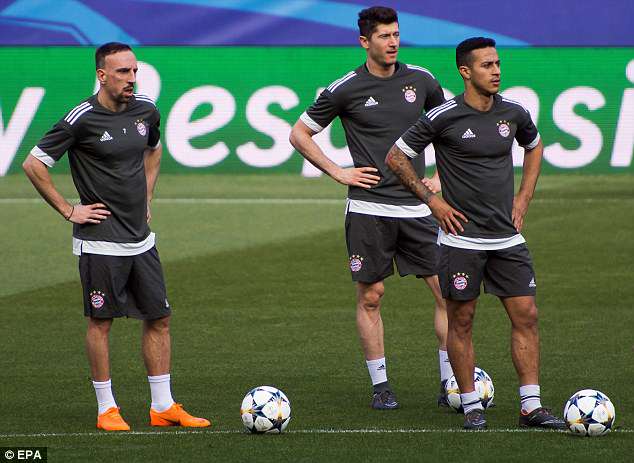 ‘Everything that has happened in the last four years is forgotten about,’ he said ahead of the Sevilla clash. ‘It isn’t relevant anymore. We have different players and a different coaching team.’

His coaching team, that is. Perhaps the most impressive thing Heynckes has done with this Bayern team is to untie all the knots. The burden of the past, the European failures under Pep Guardiola, and the endless search for a repeat of the treble have all been blown away. Bayern, playing simple, counter-attacking football, are just going about their business again. They haven’t looked this carefree since 2013.

‘In 2013 we beat one of the two best teams in Spain on the way to the Final and then won the Champions League,’ said Heynckes. For him, that is the only past that matters. The one that shows Bayern what they can do, not where they have fallen short.

Heynckes’ Bayern, it seems, can do anything. They can dismember Borussia Dortmund, thrash Besiktas and ease to record-breaking Bundesliga title wins. All they need to do now is prove that, unlike under Guardiola and Ancelotti, they can beat the Spaniards and win the one title that truly matters. 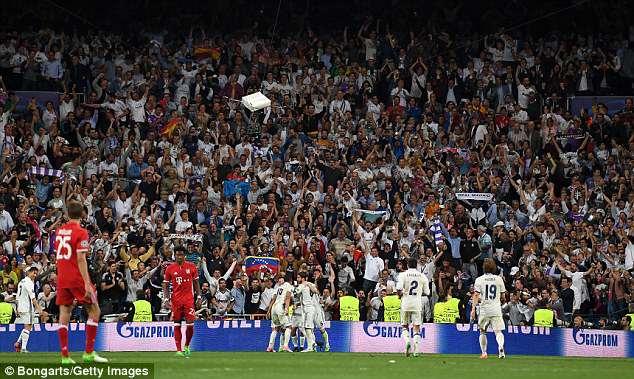