Chelsea can ‘go far’ in the Champions League and Thomas Tuchel is ‘ready for the challenge’, suggests Bayern Munich boss Hansi Flick ahead of Blues facing LaLiga leaders Atletico Madrid next week

The Blues finished top of their group under Frank Lampard, who was sacked last month, but they face a daunting opponent in the last-16 in LaLiga leaders Atletico Madrid.

Even Tuchel admitted the tie will be ‘super hard’ but Flick, who led Bayern to the Champions League crown as part of a treble last season, has backed his fellow German to take Chelsea into the latter stages of the competition.

‘Chelsea have massive potential both in terms of quality and quantity,’ Flick told France Football.

‘It’s a young team with a lot of talent. They can go far in the Champions League this season. Thomas [Tuchel] has gained experience at PSG that will benefit him at Chelsea. He’s ready for this challenge.’

Chelsea are unbeaten under Tuchel’s management, having won their last five games and drawing his first match in charge to Wolves. 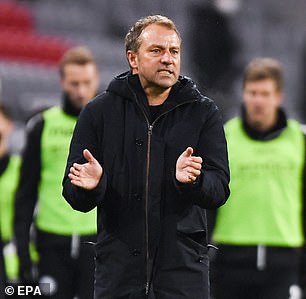 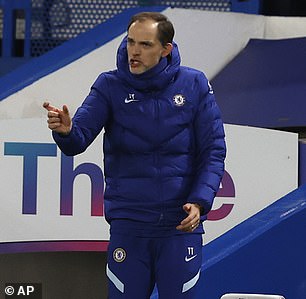 ‘They [Atletico] are one of the toughest teams in Spain and are still a challenge. It is a two-match elimination as you know well.

‘We will focus on Southampton and the best way to arrive in the Champions League with a good performance.

‘Hopefully another win, we will see on Monday who we can count on and who is ready to play. ‘We are confident enough to say we play these two games [against Atletico] to get to the next round, but it will be super hard.’