Bayern Munich’s players have begun their journey to Spain ahead of a critical Champions League semi-final clash with Real Madrid on Tuesday night.

The Bundesliga champions find themselves 2-1 down on aggregate after a first leg defeat at the Allianz Arena last week.

Despite taking the lead through Joshua Kimmich, strikes from Marcelo and Marco Asensio gave the Spaniards two away goals and a precious lead. 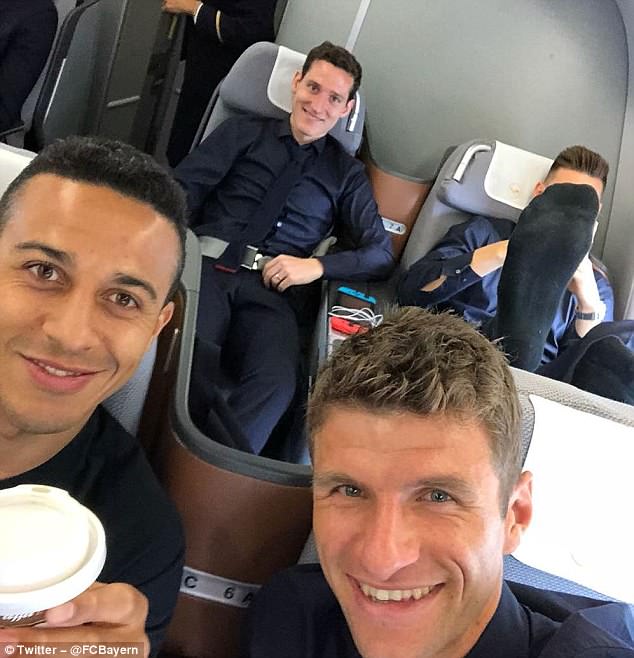 The Bayern players looked in relaxed mood as they flew to the Spanish capital on Monday morning, sharing snaps on social media.

Mats Hummels looked ready to exact revenge, while Thiago Alcantara and Thomas Muller were in high spirits as they posed for a selfie.

Centre-back Niklas Sule, who looks set to start after the injury suffered by Jerome Boateng in the first leg, said: ‘We’re in a difficult position, but we believe in ourselves. We’re 100% motivated!’

Bayern will be boosted by the return of David Alaba after he missed the defeat in Munich last Wednesday. 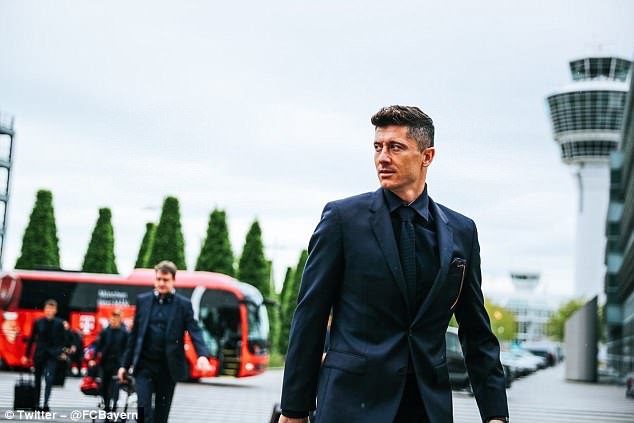 The Austrian returned to the squad, named on Monday, but Arjen Robben misses out after he limped off at the Allianz.

The 34-year-old’s adductor problems saw him watch Saturday’s 4-1 Bundesliga win over Eintracht Frankfurt from the stands.

Bayern must score at least twice if they are to upset the double defending champions and reach their first final in the competition since 2013. 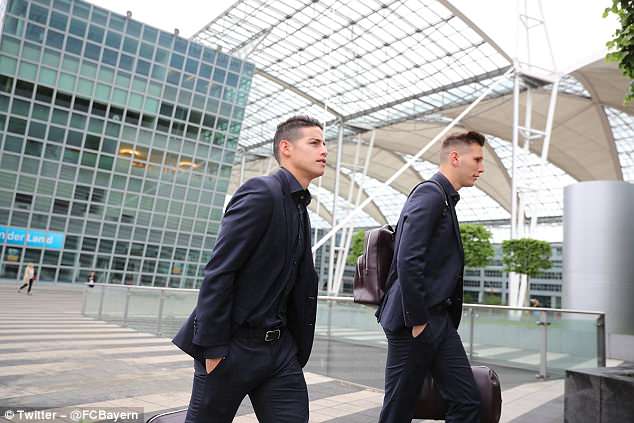